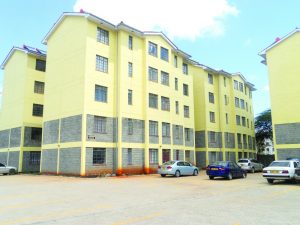 From the beginning of the year 2016, several articles have been written concerning the real estate market performance. Several of them were optimistic predicting a very good year for the economy and the property industry. Others were not so optimistic but rather more skeptic about the current situation in the country and the global economy, expressing concerns about the sustainability and the future performance of the country’s economy as well as the real estate market.

Today, heading towards the end of the first quarter, it looks like the second group of people is going to be proved right. Almost everybody, from the real estate professionals to the last amateur investor can see the obvious. The turmoil in the banking sector, stagnated profitability in listed firms, lack of diversification of the Kenyan economy, focusing on the real estate sector and the remaining nonexistent tourist sector is causing an obvious slowdown of the real estate market, the result of which was to force the economists to the drawing board in a bid to re-calibrate growth figures to reflect the current reality.

The fragile banking system that cannot support plans for further growth is facing huge challenges. Several banks have gone down within the last 12 months. Rumors say that several more are facing big challenges and are struggling to survive. With a weak banking system that cannot provide sufficient finance in support of further growth, the future does not look very bright.

This marked the third consecutive quarter with a less than 2% period-on-period increase. That is definitely smaller than the investor’s expectations as with this kind of returns the investment is definitely not profitable since it can barely cover inflation, which runs approximately at 7% on average.

Rental prices in Nairobi recorded a drop in the final quarter of 2015 caused by an oversupply of apartments and falling demands according to the available reports. It seems that there is an oversupply of A class commercial spaces as well as of expensive apartments that is causing the drop in prices, rental yields and is producing smaller occupancy rates. Most developers are resorting to construct high density houses since they want to maximize land usage and recover on the rising costs of land in the city. The situation is compounded by the expected increase in completed buildings as developers rush to finish constructions this year before an election in 2017.

Anyone who has his eyes opened can easily realize that something is going wrong in the market and to the whole economy in general. All you need to do is drive around the city or check the available houses and offices for rent or for sale on the Internet. The same properties remain available for several months despite price decrease that someone can observe in several cases.

Let us be realistic. The demand for housing in the country has several variables that give the reality of the property market. There is definitely a huge demand for affordable houses and cheap commercial spaces for small business operations. But the demand for high-end luxury and extremely expensive houses or apartments as well as for A class expensive commercial space is extremely limited. Due to the fact that everybody is focusing to build the wrong type of properties eventually the rule of supply and demand will not be applicable. It is time for everyone to understand that Real Estate is a business, a very complicated one that apart from money requires expertise, knowledge, experience and a very good stomach because there is a lot of risk hidden behind the beautiful walls of a booming market.

All over the world, real estate markets facing challenges can manage to continue growing only when supported by a “property friendly” banking environment. Easy access to finance and low interest rates push further the property markets.

In Kenya, the banking sector has never been very friendly with property investments. It’s easy to understand by analyzing the current and previous situation in the country that banks do not believe in real estate. Most banks in the country even during the booming years of the market would rather prefer to finance the purchase of a car than a house. The total active mortgages in the country remain close to 21,000, a number that is not changing upwards. In contrary, with a fragile banking sector where three banks had to be placed receivership within one year, a panicking market causing panic withdrawals, the sector cannot expect a lot of support from the banks under the current circumstances.

The reality of the current situation of the Kenyan economy is also represented from the Kenya stock market. On April the 17th 2015, the Nairobi 20 which is the main index of the stock market was standing at 6093 and a year down the line on April the 15th 2016 at 3920 recording a scary decline of 2173 units or almost  -36% of its value. The country’s external debt keeps growing while the account balance deficit is also challenging the sustainability of the economy.

Unemployment remains at very high levels and the tourist industry is almost nonexistent. These are just some of the real facts in Kenya, which together with the global economic turbulence create a very interesting environment. The country is about to face a storm. The ship called Kenya needs to be prepared for what is happening. Reporters keep saying that the Kenyan economy is very strong because of its diversification and sustainability. I say that if the economy was really diversified then the situation would be much better but in reality the country’s growth is based on infrastructure, mega projects and the property market.

Agriculture, exports, manufacturing, tourism amongst other sectors of the economy remain weak. I do not remember when was the last time I heard about an agroforestry mega project in the country or any other large scale project apart from the ports and railways that the Chinese are building and property projects.

The cold fact is that the real estate is not doing well. I have been warning about this for the last 2 years. The macroeconomic facts together with the market dynamics are stating the obvious. The dominance of real estate is challenged. One after the other, the “easy Money” producing sectors of the economy are going down. The stock market is collapsing and the real estate market is about to follow.

It is time to forget about the easy ways of making money and start working. We have to start producing if we want to see this beautiful country continue its growth and provision of better standards of living. Those involved with the real estate sector need to think twice before making any decision.

It is never too late to seek professional advice, to read and understand the market in order to protect your interests. Knowledge is the key. Nobody else can decide on your behalf but the right people can give you more accurate information and assist you to decide what is best for your family’s interest.

On top of all these, we need to remember that shortly the 2017 election period will unofficially start. That will be a period of uncertainty and a lot of internal turbulence.