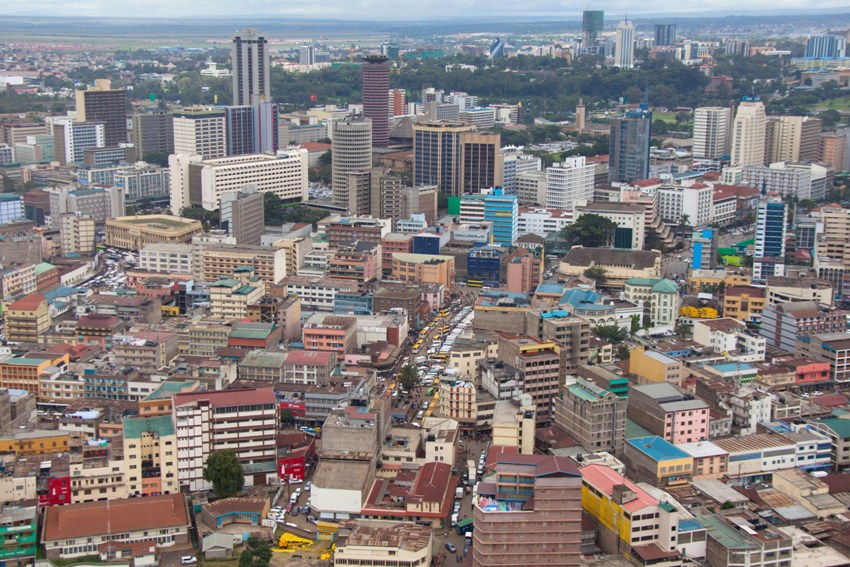 For several months now, people have been speculating as to what is going to happen during the year 2017. Despite the different opinions, everybody agrees that this year is full of challenges. The period of speculating has finished and now we are living the reality. Since the beginning of the year the news about the economy and the market are not very positive.

The country’s expected growth is now forecasted to slowdown. According to the International Monetary Fund (IMF), Kenya’s Growth Outlook is expected to be around 5.3%, down from 6.1%, which was initially forecasted. IMF has also expressed concerns about the banking sector and the Non-Performing Loans (NPLs). According to available reports from the IMF, non-performing loans (NPLs) have increased in recent months and reached 8.8% of total gross loans in September. Provisions, currently close to 50% of NPLs, have declined since early 2016, with significant differences across banks. Six relatively small banks, accounting for 6.7% of the banking system, have NPL ratios of more than 20% (based on bank disclosure reports for 2016Q3).

The CBK recently adopted an action plan to strengthen banking supervision, including on AML/CFT (Anti-Money Laundering/Combating the Financing of Terrorism), as well as legal and regulatory framework for banks. The authorities continue to enhance their financial crisis preparedness with the consolidation of the Kenya Deposit Insurance Corporation (KDIC), and a sufficient level of staffing is needed to ensure its capacity for timely action.

It is a fact that the number of NPLs has been increasing fast. The property market is one of the main sources of NPLs. Creditors from the Real Estate and Household defaulted on loans worth Sh12 billion as of March 2016. This resulted in a spike of nonperforming loans hitting 7.8% of Gross Domestic Product (GDP) in the period under review from the former 6.8% of GDP same period last year. According to figures from the Central Bank of Kenya (CBK), nonperforming loans on trade rose to Sh4 billion while manufacturing sector recorded NPLs worth Sh3 billion. CBK statistics for June 2016 indicate that private sector lending growth slowed down to 7% compared to a growth of 15% in 2015.

It is obvious that the banking sector has to face several challenges. The future does not look very bright as it seems that banks will cut down lending and finance in order to minimize their exposure.

According to a CMA (Capital Markets Authority) report, the sharp drop in share prices of banking stocks pushed the Nairobi Securities Exchange (NSE) to a seven year low. National Bank and Housing Finance have lost 59% and 46% respectively of their share value in a year to date, the highest among the listed lenders. Barclays Bank is currently trading 34% lower than the same time last year, while KCB has lost 36%. Equity Bank is down 31%, while Co-operative Bank has lost 30% of its value in a year. Internationally recognized media, such as Bloomberg have been referring to the NSE’s bad performance stating that Kenyan Stocks, are world’s worst this year, and are set to fall further.

KBA’s latest House Price Index is revealing the reality of a stagnant property market, which has increased by 14.91% since the first quarter of 2013, the base period for the KBa- hPI. That is accumulated HPI growth of 48 months. Over the same period, inflation rates increased by 25.49%, according to the available data from CBK. That is over 10% more than the property prices.

The positive sign of this is that the prices, even at a very low pace, keep growing. The reality however, is that a property market increase that is lower than inflation, lower than fix deposit account returns is definitely not attracting new investors and buyers. That is increasing the illiquidity of the market, which can lead to suffocation. According to property consultancy Knight Frank, the property market experienced an oversupply for the larger part of the year with developers’ returns on investment shrinking.

The oversupply of prime properties, residential as well as commercial properties could eventually become the Achilles’ heel of the market. In order to maintain sustainability and achieve growth, it is mandatory for the market to be able to have transactions. Building is not a sign of growth or market trend, buying and selling is what keeps the market alive. In a passive market were sales are slowing down, further construction which will lead to bigger supply might trigger a price depreciation.

Today, we can see plenty of construction going on around the country. The number of unsold properties and those that are available for rent are increasing even faster. The required time to rent or sell residential or commercial properties is increasing too. Off plan sales belong to the history of Kenya and have today been replaced with hopes and expectations.

For a property market to keep growing and maintain sustainability, it requires one key ingredient, which is money. There are three main sources that can provide money for the property market. Number one is actual available cash in the market. Number two is foreign investment direct or indirect that will provide cash inflows and number three is availability of finance.

Analyzing one at a time, it is obvious that the available cash in Kenya is not as much as it used to be. A lot of money is engaged in the stock market, which has collapsed and people, companies, chamas etc had to take losses. More money is engaged in the property market, which due to its hard liquidity and the lack of sales is not easily accessible. Finally banks have kept a distance from the property market since the start of its growth about 8 years ago. With a limited number of mortgages approved during the same period and a further slowdown in mortgage approvals during the last quarter of 2016, finance does not seem to be an option for the average Kenyan potential buyer. The increase of the NPLs is one of the main reasons that banks will not ease access to finance, as they need to control their exposure and minimize risk.

I believe there is one fact that everyone needs to focus on. That is the actual cash flow of the Kenyan economy. Several factors contributed to the current unpleasant cash flow market condition. According to my opinion, the devaluation of the Kenyan shilling, that no one likes to talk about, played a key role to the current situation. From a rate of 83 KES/USD less about two years ago to a rate of 104 KES/USD today the economy has to face a 25% extra cost on imports. Kenya’s imports are huge compared to its exports. During 2016, imports cost several billion of KES more than in 2015. CBK expects the current account deficit to widen to over 6% compared to 5.5% in 2016 as the country continues to import more than it exports. That will obviously put more pressure to the country’s macroeconomics and will also affect the daily life of every Kenyan.

A second important factor responsible for the lack of cash in the market is the investment orientation of Kenyans. Over the last few years, people in the country targeted what is called the “easy money”. That is the stock market and the real estate. Today the stock market as we said has collapsed, producing huge losses to those who invested in the Kenyan stock market the last years. The real estate market is also an overestimated sector of the economy.

Representing almost 10% of the GDP, the property market has engaged large amounts of cash. Due to the fact that there was a turnover and the market was vibrant with a quite reasonable balance of trade between construction, purchases and sales, things were moving. Today the market dynamics have changed. The majority of Kenyans directly or indirectly via a chama, Sacco or an investment group have involved themselves in the property market.

The problem is that selling properties today is a challenge. There is an old saying, which describes the effects of the market today, “Properties buy money and money buys Properties, but properties don’t buy properties.” You need to remember that before you make any decision concerning real estate.

We also need to remember that construction in Kenya requires a lot of imported materials and that it creates jobs only for a limited period of time. It means that this sector of the economy is not creating sustainable jobs and is also contributing to the country’s trade balance deficit, increasing the needs for imports, which require cash outflows.

So far, I have not mentioned anything about elections, Brexit, Trump or any other international development that usually people like to blame for everything. I am not saying that these do not affect the Kenyan market. What I am saying is that even without considering any of those the market is already under big pressure. Of course, considering the effects of the ongoing global changes and developments, Kenya is facing huge challenges. Blaming others is the easy way to make us feel better but unless we realize what is the source of our problems we cannot fix them. The main source of the problems according to my opinion is here in Kenya.

The country requires being able to stand on its own feet, depend less on foreign aid and more on its own resources. Kenya needs to invest in the future of Kenya. Creating sustainable jobs, focusing on production, manufacturing, agriculture, tourism etc, is the only way. The country needs jobs. The external debt has to stop growing; the trade balance deficit has to change in favor of the exports. Only when there will be a real income producing economy, consumption can grow without destroying the country.

Kenya’s population is growing fast. Unemployment is skyrocketing. With almost 50% of the population below 18years old and average life expectancy growing, if there will be no immediate action to create sustainable jobs, millions of jobs, ten years from today there will be chaos. Imagine another 10m Kenyans added to the working force of the country. Another 10m unemployed Kenyans. The future is scary. Immediate action is needed today.

So stop worrying about the property prices because if things will not change there will be no market at all. Over the last months, big companies are cutting expenses, shutting down, firing personnel or moving their operations to other countries like Ethiopia. Several banks have gone down, media is struggling to survive, supermarkets are facing huge problems, telecommunication companies seriously challenged. This is not an environment of positive expectations. 2017 might become a hallmark to remember and refer to for many years to come. I believe that Kenyans know better. These elections have to run smoothly and they will, despite the results.

Take advantage of the amazing opportunities of this beautiful country. Invest in agriculture, agroforestry, manufacturing, tourism, blue economy, logistics, quality services.
When the country will be able to achieve growth based not only on public expenditure but on the real economy, then real estate will start growing again. People will be able to afford, banks will be able to lend and prices will be affordable.