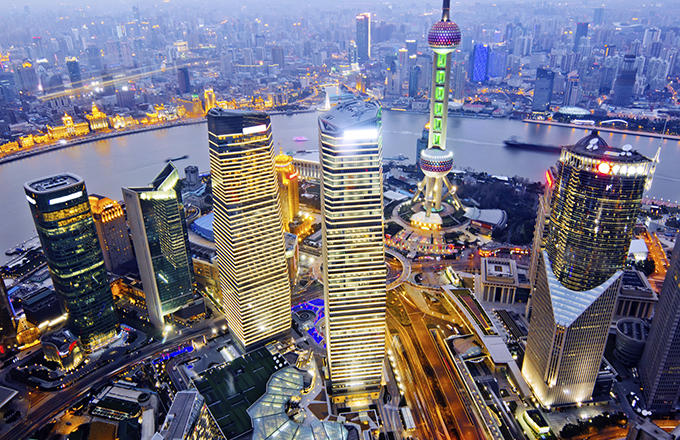 At the start of 2016, the financial markets went into a frenzy when China’s Shanghai Stock Index plunged 7% in one day. The stock markets in Europe, Asia and the United States quickly followed suit with steep declines. In the following days, while traders focused on China’s financial markets, economists were looking at the underlying problem – China’s slowing economy. When the Chinese government suspended trading, two critical economic indicators came to light that revealed that China’s economy may be slowing faster than most economists had thought: the decline in China’s manufacturing sector appeared to be accelerating, and the continued devaluation of its currency was an indication that there was no end in sight to the economic decline.

China’s economy has been slowing for some time. Its double-digit, credit-fueled, investment-driven economic growth could only be sustained for so long. The consumption-fueled economic growth China was counting on never materialized. The only question became whether China’s economic crash would be a soft or hard landing. The other issue, over which economists argue, is the extent to which China’s economic downfall would affect the global economy. Would the world feel a gentle ripple, or would it be engulfed in a giant tidal wave?

Depressed oil prices, which are affecting the economies of Russia, the OPEC countries and the U.S., are a result of oversupply. China’s falling demand for oil has greatly contributed to that oversupply. The economies of countries that have depended on China’s unquenchable thirst for oil are contracting with no immediate sign of relief.

Oil is a commodity, but it is just one of many that are losing value as a result of falling demand. China is the world’s largest consumer of iron ore, lead, steel, copper and many other investment commodities. A slowdown in China’s economic growth has reduced its demand for all commodities, which has hurt commodity-exporting countries, such as Australia, Brazil, Peru, Indonesia and South Africa – all major exporters to China. The ensuing sharp decline in commodity prices threatens the global economy with deflationary pressures.

Reduction in Trade
China may not be the world’s economic engine, but it may very well be its trade engine. In 2014, China became the world’s leading trade nation, accounting for 10% of global trade. Its demand for imports has fallen nearly 15% in the first half of 2015. Countries that are dependent on trade with China will feel the impact on falling demand, which will spill over to countries that are not dependent on trade with China.

The Corporate Domino Effect
Even for countries for which trade with China is a small blip on their gross national products (GDPs), the domino effect of falling demand will hit individual companies that have direct or indirect exposure to China. Some companies that sell products in China, such as Apple and Microsoft, are more directly exposed.

Other companies are indirectly exposed, but with a potentially severe impact. For example, John Deere sells farm equipment to countries in South America that have relied heavily on agricultural exports to China. When China’s demand for imports decreases, the demand for farm equipment will decrease. This will impact John Deere’s profits, which will ultimately impact the U.S. economy.

What to Expect
The wild gyrations of China’s stock markets should not be a concern. They have never been a good indicator of the state of the Chinese economy, and less than 1.5% of Chinese stocks are held by foreign investors.

Economists are more concerned with the weakening underpinnings of an economy built largely on the credit market and government investment. Without intervention by Chinese consumers to fuel the economy, there can’t be sustainable growth.

The larger concern is the possibility of a faltering Chinese economy leading to a loss of confidence in the global markets. If confidence disappears, it could lead to a global financial crisis that would dwarf the one in 2008. Many economists believe China will be able to implement some policies and controls that will stabilize the economy enough to stop its decline and continue to build a consumer-driven foundation for future growth.