On New Year’s Eve, a buyer put down a five percent deposit for the purchase of a three-story, $92.5 million luxury house perched high up on the hills of Hong Kong Island.

With a garden and a pool, the house offers sweeping views of the city below and the harbor beyond.

A month later, the buyer backed out of the purchase, losing the $4.6 million deposit.

It is unclear what caused the whopping default. The unidentified buyer may have had financing problems. Or the buyer might have decided it was a bad bet.

But a default of this scale is “very, very rare,” said Nicole Wong, the regional head of property research at CLSA, an investment and brokerage group.

It could also speak to a wider sense of unease about the city’s property market. While forfeitures of deposits are still relatively uncommon, a spate in recent months by potential home buyers appears to signal waning confidence in the market.

After years of steep price increases, affirming Hong Kong’s position as the city with the world’s most unaffordable property — a distinction it has held for nine straight years — the housing market entered a monthslong period of decline starting last summer. 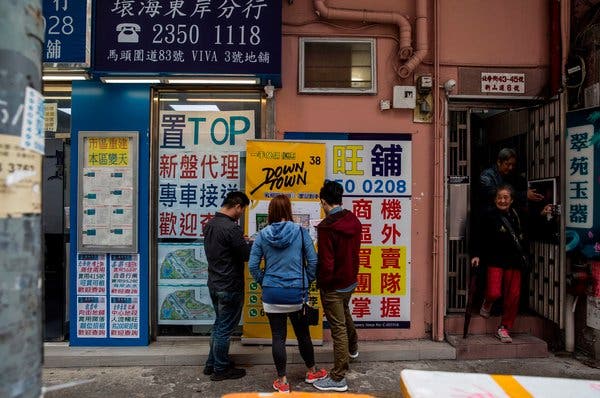 “In general, from last midyear to now, the atmosphere in the housing property market has not been good,” said Keng Shing Koh, founder and chief executive of Landscope Christie’s, a real estate agency in Hong Kong.

Prices in the residential mass market have slumped, mortgage applications have plummeted and the number of transactions has plunged, reaching the lowest since 2005 in September. From July to December 2018, home prices fell almost 10 percent, according to data from the city’s Rating and Valuation Department. And in the steepest month-on-month decline since the global financial crisis of 2008, the property price index fell 3.5 percent last November.

After a 28-month streak of price increases — the longest in the city’s history — it seemed things were finally starting to cool off.

Behind this trend, experts say, are a number of factors. While Hong Kong’s economy continues to hum along, property prices were hurt by a series of events over the past few months: growing trade tensions between China and the United States, the interest rate increase in the United States, a cooling economy in China that has caused a drop in the value of the nation’s currency and the volatility of the Hang Seng index.

But some analysts already see signs of a turnaround.

Ms. Wong, of CLSA, said she was bullish about the market. She pointed out that the Federal Reserve announced in January that it would halt interest rate increases, China’s central bank had taken action to stabilize the renminbi and Hong Kong’s stocks were coming back. Ms. Wong said she expected home prices to start rising again.

Already, the number of property viewings in late January and early February rose, during what is typically a quiet period before the Chinese New Year holiday.

The number of transactions made above bank valuations has also returned to the two-year average after a monthslong slump, she said.

Residences on the Peak, an exclusive area of Hong Kong Island. Two houses on the Peak sold last year for $114.9 million and $178.5 million.CreditLam Yik Fei for The New York Times

“The latest prices have actually stabilized and are coming up from the bottom,” said Ms. Wong, adding that she expected property prices to increase by 15 percent.

A substantial uptick in demand may also come from a large pool of Chinese mainlanders who have lived in the city for seven years and will qualify for Hong Kong permanent residency this year, which will exempt them from the extra taxes levied on nonresident property buyers, Ms. Wong said.

Whether Hong Kong’s property market slumps further, as some industry watchers fear, or regains steam and continues its march upward, one underlying fact will in all likelihood remain unchanged: Homes in this city are wildly unaffordable for the overwhelming majority of residents.

‘‘The Hamptons of Hong Kong’’

Nowhere are Hong Kong’s sky-high property prices on fuller display than at the Peak, the high-end residential neighborhood of the superwealthy where the potential buyer abandoned the $4.6 million deposit.

Back in Hong Kong’s colonial days, laws were put in place to make sure that only Europeans were allowed to own property on the Peak. Those laws are long gone, and today anyone who can afford to do so can live there. It’s just that very few people can.

“It’s the Hamptons of Hong Kong,” said Ms. Sunn, who has kept a close watch on the neighborhood’s real estate market and has seen it change over the years.

A home on the Peak. Whereas much of the property in the past few decades was held by British companies, multinationals and non-Chinese locals, the last 10 years have seen an influx of money from Chinese investors.CreditLandscope Christie’s International Real Estate. 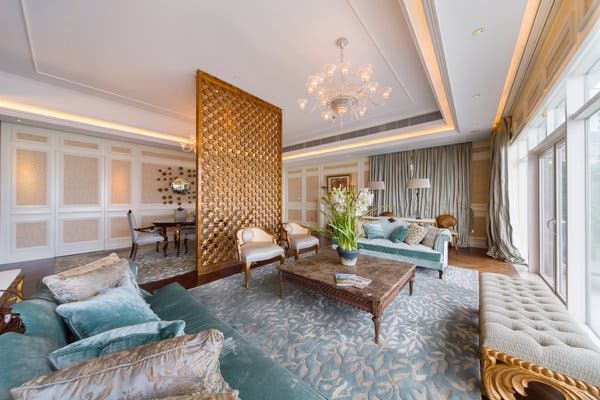 Whereas much of the property around the Peak in the past few decades was held by large British companies, multinationals and wealthy non-Chinese locals, the past 10 years have seen an influx of money from Chinese investors.

“You’ve seen just a tremendous amount of Chinese companies, and individuals, and heads of these companies, purchasing into this premier real estate area,” Ms. Sunn said.

As property prices on the Peak have risen along with the rest of the city’s real estate market, homeowners have increasingly turned to redevelop their lots into complexes — mostly low-rise apartment buildings, but also smaller townhouses — that can generate huge profits. That has often meant knocking down houses that date to the 19th century.

“I don’t think there are many houses on the Peak that remain in the same form as when they were first built,” said Ho Puay-peng, a professor of architecture at the National University of Singapore. “They’ve been demolished and redeveloped. Very few original houses remain on the Peak.”

House 16, the $92 million property that was suddenly left without a buyer this year, is part of a new, super-luxurious development named Mount Nicholson, built on a plot of land that the government sold to a property developer in 2010 for $1.3 billion. The development tucked away at the top of a quiet road, features 19 detached houses and 48 apartments, and the first properties hit the market in 2015.

House 16’s price tag is nothing compared with the sale of a stand-alone pink house with a lawn and a pool on 5 Pollock Path, a cul-de-sac that a few years ago was named the most expensive street in the world.

It is one of the few remaining original houses on the Peak.

Half a century ago, this house was not luxurious in any sense of the word.

The Ho Tung Gardens residence on the Peak in 2011. It was demolished in 2013, and the estate was sold in 2015 for a record 5.1 billion Hong Kong dollars, now equivalent to $650 million.CreditLaurent Fievet/Agence France-Presse — Getty Images 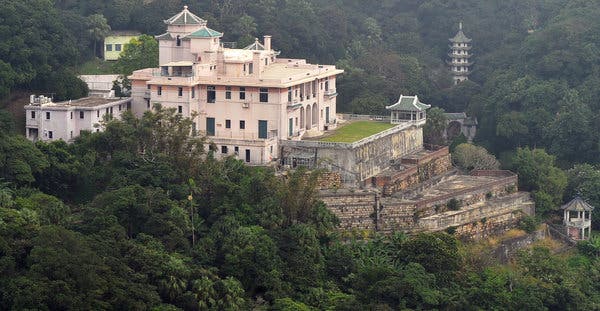 When Charles and Rosamond Brown bought it in the 1960s, it was a wreck, the garden overgrown and the windows ajar, exposing the interior to damage from the elements. The Browns had so little money back then that they painted it themselves.

More than five decades later, Mrs. Brown, now a widow, sold the house in 2017 for 3.2 billion Hong Kong dollars, or $408 million, including tax. It was arranged after the sale that Mrs. Brown would rent it back until summer 2018, according to The South China Morning Post.

Now, with the house sold to a new owner named Yeung Kin-man, a Hong Kong-born businessman, no one knows what the future holds for the property. It may be lost to the wrecking ball, like most of the old Peak houses since a trend of demolitions started in the late 1970s and early ’80s, when the city’s property market started to boom. Or it may be preserved, a nod to the house’s history and the changes it has witnessed around it.

While some bemoan the loss of history on the Peak, others think that trying to conserve the few remaining old houses there is ultimately futile.

The demolition of a Peak property called Ho Tung Gardens in 2013 is emblematic of the difficulties and realities of historical conservation in fast-paced Hong Kong. The estate was built in 1927 by Sir Robert Hotung, a Hong Kong businessman and the first Chinese person to be granted permission to own property on the Peak.

The city’s government had wanted to preserve the entire complex, but talks with the owner broke down. The owner ordered the main building to be bulldozed, and in 2015 the estate was sold to a developer for a record 5.1 billion Hong Kong dollars. The government’s preservation efforts had been no match for a private developer with much deeper pockets, and another piece of history was lost.

That future, he said, revolves around heritage conservation in old neighborhoods in the city’s core where there is a larger stock of postwar buildings that can be preserved and refurbished for commercial uses.

“What is Hong Kong? What is the nature of Hong Kong?” Mr. Lee said. “It’s an economic city. That is our thing. It’s how we’ve become what we are today. We have to play to our strengths and not try to be something else.”