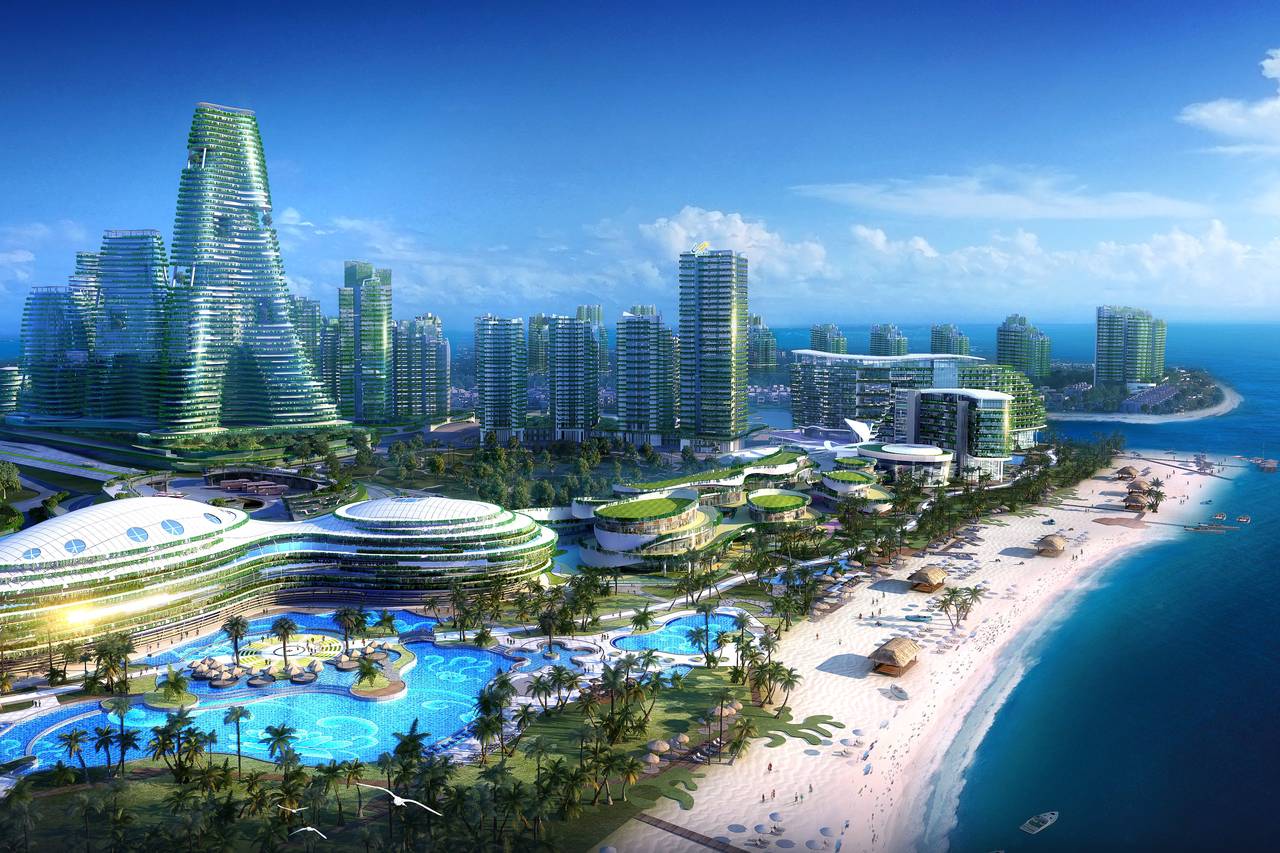 SINGAPORE—Chinese property developers have become a familiar sight at construction sites in both the world’s wealthiest and least-developed cities, from New York to Nairobi, Kenya.

Now, as growth continues to slow at home, they are becoming ever more ambitious, with plans to build not just skyscrapers and roads but entire cities from scratch. Some of the most ambitious plans are facing skepticism from analysts.

In January, Chinese developer Country Garden Holdings Co. began a marketing campaign to sell as-yet-unbuilt apartment units in a project in Malaysia called Forest City. Just north of Singapore, the company is reclaiming four new islands on which it plans to construct a $40 billion “eco-city” to house as many as 700,000 people.

In partnership with a company owned by the royal family of Johor, the state in which Forest City will be located, Country Garden has sunk about 2.24 billion Malaysian ringgit ($534 million) into the ocean to build the city foundations. Plans include a surface area that is almost entirely pedestrianized, with road traffic traveling through underground tunnels.

Chinese entertainment and property conglomerate Wanda Group and French retailer Groupe Auchan SA last week signed an agreement to jointly invest in a €3 billion ($3.26 billion) commercial-real-estate project in Paris that will include an indoor theme park and an outdoor theme park, hotels and a conference center.

The project website says it aims to house as many as 100,000 people in the coming 15 years on a 1,600-hectare (3,950-acre) site. Besides housing, the plan includes large-scale urban parks, offices and shopping facilities located within walking distance of homes.

Developers began looking overseas for growth in 2013 following the Chinese government’s measures to cool local property markets and amid rising signs of a supply glut. But in the past most of their foreign projects have consisted of industrial zones and infrastructure that state-backed firms have built in Zambia, Ethiopia, Egypt, Vietnam and Thailand. 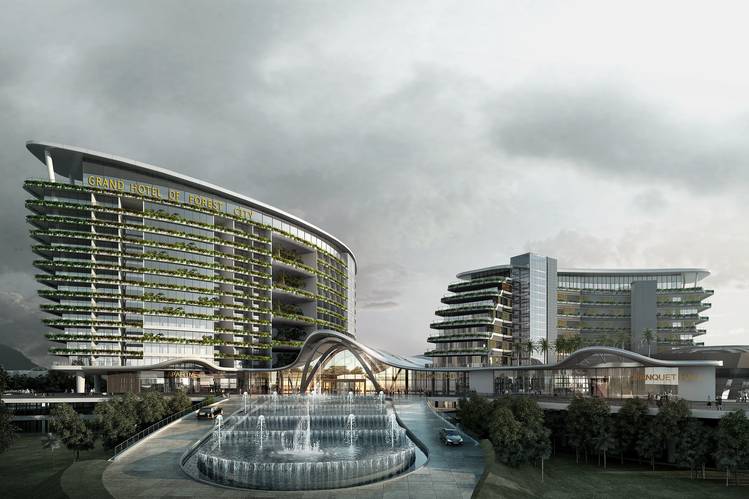 Forest City’s developers expect to spend $40 billion on the project that will include a hotel. PHOTO: COUNTRY GARDEN HOLDINGS

They started with cities such as London and New York before broadening out to emerging markets and launching joint ventures with local companies, said Sigrid Zialcita, managing director of Asia-Pacific research in Singapore at real-estate services firm Cushman & Wakefield. Since then, “it morphed into something bigger,” she said. “This is one trend that is here to stay. If anything it will grow.”

Guangzhou-based Country Garden, which has also invested in Australia, has become more cautious about excesses in China. In November, it withdrew from the purchase of two land plots in Beijing it won at an auction when co-bidding with another developer, saying that the final price exceeded its own budget, according to a report on Bloomberg. Country Garden declined to comment on that.

Country Garden’s largest shareholder is Yang Huiyan, China’s 24th richest person with assets worth more than US$5 billion, according to Forbes. Ms. Yang is the daughter of the company’s founder, Yeung Kwok Keung, who transferred his holdings to her in 2007.

Shanghai Zendai, meanwhile, is a smaller property developer that has been struggling with weaker property sales in recent years, and has suffered falling profits since 2013. It recently issued a profit warning for its 2015 earnings.

But the megaprojects abroad are by no means a sure thing.

Peter Welborn, a partner at Knight Frank, said the Modderfontein project is possibly “where fantasy meets reality,” and is unlikely to be as grand in stature as its developers had originally promoted. Shanghai Zendai said the project has been downsized since originally being announced in 2013 as the “New York of Africa.”

It will now focus on a substantial regeneration of the brownfield site.

“The rate at which new development is delivered is guided by demand,” said Margot Orr,the principal-in-charge at U.K.-based Atkins, the lead design and engineering consultant for the project. The plan “is a flexible framework, so when demands change in the future, adaptions can be made without detracting from the project vision.”

In Malaysia, an economic slowdown has hurt demand for properties in the Johor state, and Country Garden clashed in 2014 with Singapore officials over the environmental impact of dredging. Singapore’s environment ministry said last month it is concerned that reclamation work on some of the Malaysian projects in the Straits of Johor may have commenced without the requisite environmental assessments.

The current project proposals don’t include a direct link between Forest City and Singapore despite the latter being promoted as a source of demand for properties in the new development. Country Garden has managed to sell only about 70% of the units built in another of its projects in Johor, known as Danga Bay. A company representative said Country Garden’s philosophy “is that we will create the market and the customers will arrive.”

Both Country Garden and Shanghai Zendai hope to market their projects to Chinese investors, as well as locals in their host countries, appealing to Chinese looking to move their money out of reach of Beijing authorities.