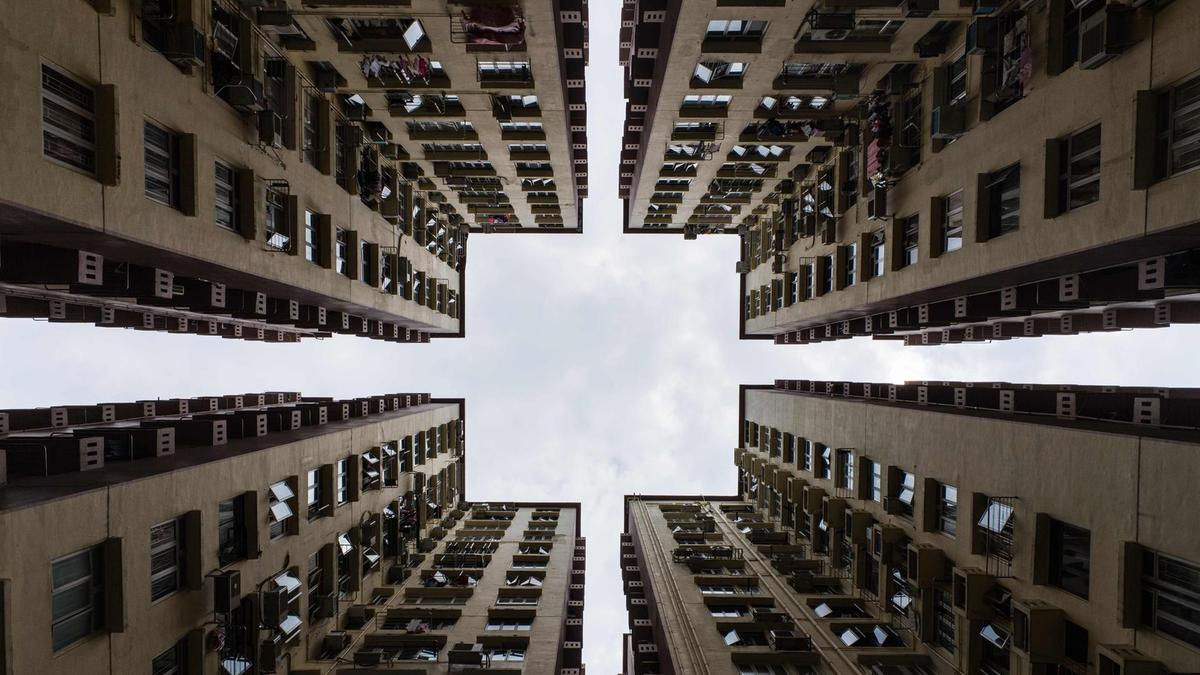 Deep in a provincial region of northwestern Turkey, it looks like a mirage – hundreds of luxury houses built in neat rows, their pointed towers somewhere between French chateau and Disney castle.

Meant to provide luxurious accommodations for foreign buyers, the houses are however standing empty in what is anything but a fairytale for their investors.

The ambitious development has been hit by regional turmoil as well as the slump in the Turkish construction industry – a key sector – as the country’s economy heads towards what could be a hard landing in an intensifying downturn.

After a long period of solid growth, Turkey’s economy contracted 1.1 per cent in the third quarter, and many economists expect it will enter into recession this year.

The country has been hit by high inflation and a currency crisis in August. The lira lost 28 per cent of its value against the dollar in 2018 and markets are still unconvinced by the readiness of the government under President Recep Tayyip Erdogan to tackle underlying economic issues.

The villas close to the town centre of Mudurnu in the Bolu region are intended to resemble European architecture and are part of the Sarot Group’s Burj Al Babas project.

But the development of 732 villas and a shopping centre – which began in 2014 – is now in limbo as Sarot Group has sought bankruptcy protection.

It is one of hundreds of Turkish companies that have done so as they seek cover from creditors and to restructure their debts.

Asia is finally succumbing to the global property slowdown that’s jolted homeowners and investors from Vancouver to London, with markets in Singapore, Hong Kong and Australia showing fresh signs of softening.

The economic ramifications could be serious. Lower house prices and higher mortgage rates will not only dent consumer confidence, but also disposable incomes, S&P Global Ratings said in a report last month. A simultaneous decline in house prices globally could lead to “financial and macroeconomic instability,” the IMF said in 2018 study.

While each city in the region has its own distinct characteristics, there are a few common denominators: rising borrowing costs, increased government regulation and volatile stock markets. There’s also dwindling demand from a force so powerful it pushed prices to a record in many places – Chinese buyers.

Hong Kong
After an almost 15-year bull run that made Hong Kong notorious for having the world’s least affordable property market, home prices have taken a battering.

Values in the city have fallen for 13 weeks straight since August, the longest losing streak since 2008, figures from Centaline Property Agency show. Concerns about higher borrowing costs and a looming vacancy tax have contributed to the slide.

“The change in attitude can be explained by a slowing mainland economy,” says Henry Mok, JLL’s senior director of capital markets. “Throw in a simmering trade war between China and the US, the government has taken actions to restrict capital outflows, which in turn has increased difficulties for developers to invest overseas.”

Singapore
Home prices on the island, which regularly ranks among the world’s most expensive places to live, posted their first drop in six quarters in the three months ended December. Luxury was hit the hardest, with values in prime areas sinking 1.5 per cent.

Government policies are mainly to blame. Cooling measures implemented unexpectedly in July included higher stamp duties and tougher loan-to-value rules. Extra constraints since then have included curbs on the number of “shoe-box” apartments and anti-money laundering rules that imposed an additional administrative burden on developers.

It’s all worked to put the brakes on a home-price recovery that only lasted for five quarters, the shortest since data became available.

“Landed home prices, being bigger ticket items, have taken a greater beating as demand softened,” says Ong Teck Hui, a senior director of research and consultancy at JLL. In Singapore, most people live in high-rise apartments, called housing development board flats. Landed homes by contrast occupy their own ground space.

Sydney
Sydney-siders have begun to wonder – what sort of economic fallout will there be from the wealth destruction that comes with the worst slump in home values since the late 1980s?

Average home values in the harbor city have fallen 11.1 per cent since their 2017 peak, according to CoreLogic data released earlier this month – surpassing the 9.6 per cent top-to-bottom decline when Australia was on the cusp of entering its last recession.

While prices are still about 60 per cent higher than they were in 2012, meaning few existing homeowners are actually underwater, it’s economist forecasts of a further 10 per cent fall that’s making nervous investors think twice about extraneous spending.

The central bank is also worried that a prolonged downturn will drag on consumption and with the main opposition Labour party pledging to curb tax perks for property investors if it wins an election expected in May, confidence is likely to be hit further.

Earlier this month, treasurer Josh Frydenberg urged the nation’s banks not to tighten credit any more as the deepening downturn threatens to weigh on the economy.

Shanghai, Beijing
A crackdown on overheating prices has hampered sales and left values in the nation’s biggest cities around 5 per cent below their peak. Rules on multiple home purchases, or how soon a property can be sold once it’s bought, are starting to be relaxed, and there are giveaways galore as home builders try to lure buyers.

One developer in September was giving away a BMW Series 3 or X1 to anyone wishing to purchase a three-bedroom unit or townhouse at its project in Shanghai. Down-payments have also been slashed, with China Evergrande Group asking for just 5 per cent compared with the usual 30 per cent deposit required.

“It’s not a surprise to see Beijing and Shanghai residential prices fall given the curbing policies currently on these two markets,” says Henry Chin, head of research at CBRE Group. An index that measures second-hand home prices in Beijing has been falling since September while one that tracks Shanghai has been on the decline now for almost 12 months, he says.