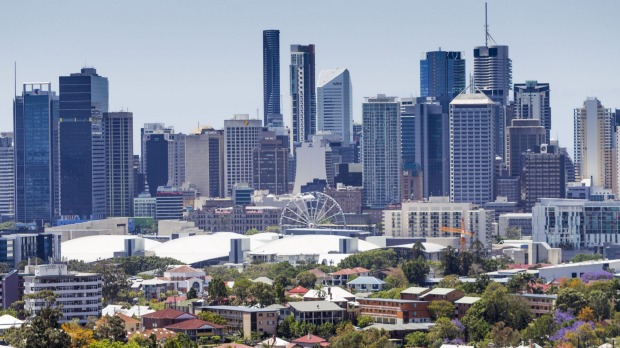 Brisbane is set to buck a national trend and become the only Australian capital to escape declining median house prices in real terms over the next three years.

The Residential Property Prospects 2015 to 2018 puts Brisbane’s estimated median house price  in June 2015 at $520,000, reflecting an average five per cent yearly increase in growth since 2012.

Study author Angie Zigomanis said that was still below Brisbane’s June 2010 peak in real terms, and coupled with low interest rates meant affordability was at levels seen in the early 2000s

“Because the market has been so weak, it’s not suffering the affordability issues of Sydney and Melbourne,” he said.

“We don’t expect the economy to be weak forever, it should eventually start improving and we expect to see migration improving and prices increasing.”

Mr Zigomanis said a total rise of 13 per cent in the median house price was forecast over the three years to 2018, while the median unit price is forecast to rise by a total six per cent.

He said a large number of inner-city apartment developments being sold off the plan meant the sector could be flooded in coming years.

“While apartment landlords at the moment might be OK chasing up tenants, in two or three years when they’re all completed it’ll become a much more competitive environment,” he said.

“They won’t be able to get the rental premium they normally have, but it also means people in older more established apartment blocks will have to start discounting their rents to compete against the new stuff.”

He said some landlords in Melbourne had started offering sweeteners such as free pay TV to lure prospective tenants, and similar tactics could be employed here.

It could also have more minor flow-on effects in the rental housing sector, if people chose cheaper apartment rent instead.

In the short term, Mr Zigomanis said the median house price grown was forecast at seven per cent over the next year.

“It will be more of a seller’s market… but we won’t see a Sydney style boom.”