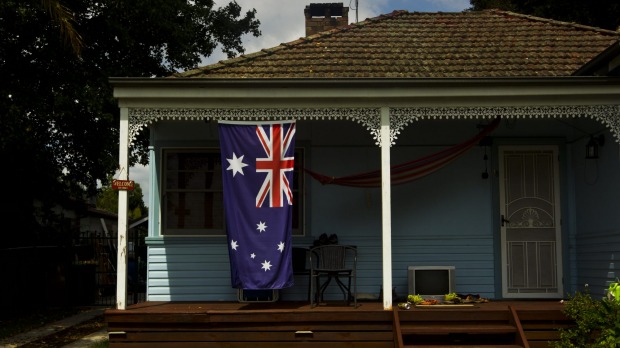 The Australian real estate market is in the grip of the biggest housing bubble in the nation’s history and Melbourne will be at the epicentre of an historic “bloodbath” when it bursts, according to two housing economists.

A bloodbath in the housing market, however, appears a near certainty due to the magnitude of falls required for housing prices to again reflect economic fundamentals

Lindsay David and Philip Soos, who have written books on the overheated housing market, have berated the housing industry and politicians who refuse to acknowledge the existence of a bubble due to a perceived shortage of housing in the major capitals.

In a blunt submission to the upcoming parliamentary inquiry into home ownership, the pair claim there is actually an oversupply of housing, just as there was in the US before the market collapse that precipitated the global financial crisis.

And the largest oversupply is in Melbourne where there has been a frenzy of inner-city apartment building. They forecast the total available homes in Victoria outstrip demand by 123,000.

NSW has a surplus of more than 40,000, according to their analysis, which was based on data from the Australian Bureau of Statistics.

“Contrary to the analyses of the vested interests, the data clearly establishes Australia is in the midst of the largest housing bubble on record. Policymakers are caught between a rock and a hard place, as implementing needed reforms will likely burst the bubble,” Mr David and Mr Soos state in a submission on behalf of real estate and financial services research house LF Economics.

“Falling housing and rental prices, including sales, would be a doomsday trifecta for investors as they suffer losses in both capital prices and net rental incomes.

“This calamitous outcome is especially likely in Melbourne where rents have not increased in real terms since 2010. Melbourne is primed to become the epicentre of a legendary housing market crash due to the combination of a staggering boom in real housing prices [178 per cent]. Perth is also in a serious predicament.

“Housing prices across all capital cities remain grossly inflated relative to rents, income, inflation and GDP. What event or set of events triggers the beginning of the end of the housing bubble is not yet known. A bloodbath in the housing market, however, appears a near certainty due to the magnitude of falls required for housing prices to again reflect economic fundamentals.”

Treasurer Joe Hockey sparked a national debate on house prices this month when he rejected the existence of a bubble, saying people would not be buying houses if they were unaffordable.

His statements directly conflicted with his departmental head John Fraser and some warnings by Reserve Bank of Australia governor Glenn Stevens.

But Mr David and Mr Soos believe even the most bearish officials underestimate the coming collapse that has been made worse by rampant lending of “colossal sums of private debt to speculators”.

Their analysis was greeted with scepticism by some market watchers. Domain Group economist Andrew Wilson said Australia does not have a history of cataclysmic price falls and there is little prospect of the sharply higher interest rates that have brought on previous price falls.

The sharpest decline occurred in Sydney in 2008 when the market fell 4.5 per cent in a year, he said.

“The language is certainly getting more exciting by the week. It has almost become a truism in the housing market that we’re not just in a bubble but we’re in the mother of all bubbles,” he said.

Dr Wilson said the supply picture was a “mixed picture” and an oversupply in the Melbourne CBD was tempered by dire shortages in inner and middle ring suburbs.

He said the prospect of a bloodbath like the one described by LF Economics was “absolutely remote”.

Janine Dixon, an economist at University of Victoria, said last week that prices in inner Melbourne and Sydney were only going “up and up”.