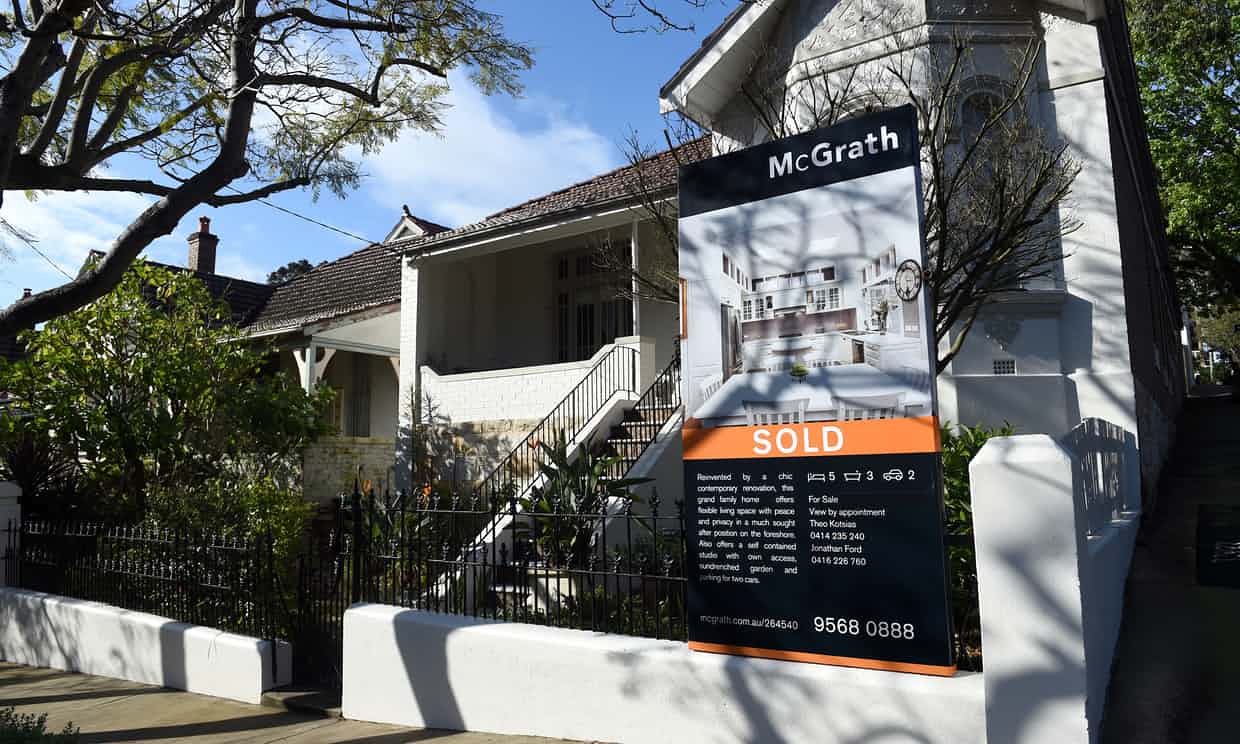 Australia’s property market is showing signs of cooling, with national home prices down in the December quarter and conditions expected to remain softer throughout 2018.

The national median house price index fell 0.3% in December, weighed down by major falls in Sydney and Darwin and modest weakness across Melbourne and Perth, figures from property data group Corelogic show.

The head of research, Tim Lawless, said the transition towards weaker housing market conditions had been clear but gradual, and had been driven by the capital cities which combined tracked half a per cent lower over the December quarter.

“Sydney’s housing market has become the most significant drag on the headline growth figures,” Lawless said in a statement on Tuesday.

The harbour city’s dwelling prices retreated 0.9% in the month of December to be 2.1% lower over the quarter.

“The city’s annual rate of growth is now tracking at just 3.1%; a stark difference to the recent cyclical peak when values were rising at the annual rate of 17.1% only seven months ago,” Lawless added.

Home values in Melbourne fell for the first time since February 2016, with dwelling values slipping 0.2% lower in December, but they were up 0.9% over the quarter and 8.9% for the year.

“The city’s housing market has been far more resilient to negative growth compared with Sydney due to factors such as stronger population growth, lower affordability hurdles and a higher rate of jobs growth,” Lawless said.

“However, the growth trend has been clearly moderating since late 2016.”

Lawless expected tighter credit policies to be the primary driver for a softer phase in the housing market cycle throughout 2018.

availability of credit for investment purposes,” he said.