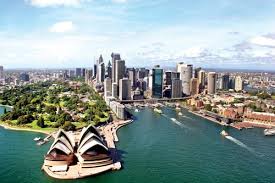 The current scenario appears unsustainable unless income growth picks up, which remains unlikely as our terms of trade continues to fall, or the Reserve Bank cuts rates further. The latter remains quite likely, despite recent optimism by the RBA, but in practice would be offset by APRA’s recent dalliance with macroprudential policy.

According to the ABS, nominal house prices rose by 4.7 per cent in the June quarter — the strongest quarterly gain since December 2009 — to be 9.8 per cent higher over the year.  Daily data from RP Data suggests house price growth has maintained this momentum over the past three months.

Low interest rates continue to support activity in the housing market, encouraging existing homeowners and investors to bring forward their purchases, though there is mounting concern regarding the rate of investor activity.

Housing multiples, which are a simplistic but useful proxy measure for affordability, show that housing is expensive by historical standards. The house price-to-income ratio has reached its highest level in history and has decoupled from its average rate since 2002.

Although the interest burden for many households is relatively low by historical standards, it has become increasingly difficult for first home buyers to save a deposit and enter the housing market. This is reflected in the lacklustre first home buyer statistics, which suggest that first home buyer activity remains around its weakest level in over a decade.

As has been the case over the past couple of years, we continue to observe a two-speed housing market. Prices in Sydney and Melbourne continue to boom while growth in the other cities appears more consistent with household income growth.

Prices in Sydney rose by a staggering 8.9 per cent during the June quarter and have increased by 19.8 per cent over the past year. We have to go all the way back to 1988 to find a stronger quarterly figure for Sydney.

Prices in Melbourne increased by 4.2 per cent following a handful of weaker quarters and are now 7.8 per cent higher over the year. The annual ABS data for Melbourne continues to track somewhat weaker than the comparative statistics from RP Data.

Outside these two cities the data is somewhat bleaker. There is no house price boom outside of Melbourne and Sydney but the sheer size of these states means that the national figure continues to rise at a rapid pace.

Prices in Brisbane and Adelaide continue to rise modestly on a quarterly basis and are 2.9 per cent and 2.7 per cent higher over the year, respectively. Price growth in both capital cities has slowed significantly over the past year.

Perth, by comparison, has entered a housing downturn. Nominal prices have fallen in each of the past two quarters and prices are down 1.2 per cent from their peak. With the collapse in mining investment upon us and resource export revenue disappointing, it is likely that prices will fall further and at a more rapid pace in Perth over the next couple of years.

The outlook for the property sector will depend on a range of factors. The most important two are interest rates and household disposable income. Both contribute directly to our ability to borrow and service our existing debt burden. The latter affects our ability to save for a mortgage.

Gross disposable income per household has increased by just 0.9 per cent over the past year. Measures of average wage growth — perhaps more important for most first home buyers, who don’t have other income sources — remain at a level that is consistent with Australia’s last recession.

Our income recession combined with the ongoing deterioration in our terms of trade points to ongoing weakness in household incomes over the next few years. Potentially offsetting this is the possibility of further interest rate cuts.

We should also be aware that property downturns are not particularly unusual in Australia. We have been conditioned to believe that housing always goes up, that it is always a sound investment. But the Australian property market has experienced three downturns over the past decade during the midst of an once-in-a-lifetime terms-of-trade boom.

It’d be folly to forecast the precise timing for a property downturn or a crisis for those who are more bearish. I’ve made that mistake before. But the fundamentals certainly suggest that investors, particularly younger investors without other income streams to fall back on, should be wary about jumping into a rapidly appreciating market.

When the market turns we won’t have the luxury of a mining boom or the benefits of fiscal or monetary policy to keep the market afloat. The next downturn will almost certainly be larger in both size and scope than the three that preceded it. Investors should position themselves in a way to mitigate these risks and new investors looking to jump in before it is too late may want to reconsider.