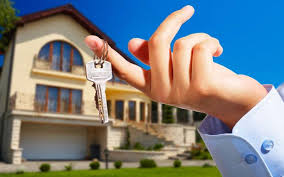 British parents and grandparents are giving their offspring £5bn a year to help them get a foot on the property ladder, making them the equivalent of the 10th biggest mortgage lender in the country.

Borrowing from family and friends to help fund deposits will help younger homebuyers complete on some 300,000 transactions this year, equivalent to flats and houses worth £77bn.

The data, from a new report on the phenomenon, highlights the growing dislocation in the British residential property market, with many young people unable to buy a home without help from a loved one.

The so-called “Bank of Mum and Dad” is so dominant that it is estimated loans or gifts from older family members will be involved in one in four property transactions in the UK this year.

The £5bn in loans and gifts is equivalent to that paid out for mortgages by Clydesdale Bank in 2014, the UK’s tenth largest mortgage len

Writing in The Daily Telegraph, Mr Wilson said: “Housing is a metaphor for the broader economy since the financial crisis. New money created by central banks and governments has pushed up the prices of existing assets, including houses”.

The L&G report also warns that the trend serves to increase the inequality in the housing market, effectively shutting out those who are from less advantageous backgrounds.

It also goes on to caution that the Bank of Mum and Dad (BOMAD) will face a nationwide “funding crisis” by 2035, when the trend for parents living longer and unexpected care costs will create problems. But it also cautions over the possibility for smaller shocks to the system in areas such as London, where families are contributing more than half of their net wealth towards a child’s house purchase.

The average transaction involves a contribution of £17,500, with three quarters of BOMAD purchases being funded by parents. In a majority of cases, 57pc, the amounts are gifted, and in only 5pc of cases are beneficiaries required to pay back interest on top of the original loan amount.