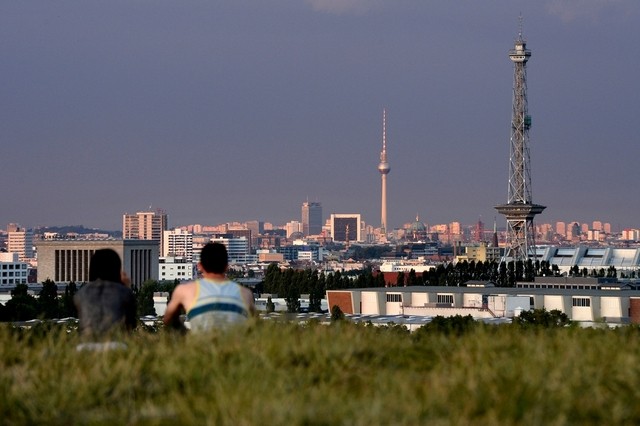 According to PwC’s Emerging Trends in Real Estate report for Europe in 2016, the five leading cities for investment prospects in 2016 are Berlin at No 1, followed by Hamburg, Dublin, Madrid and Copenhagen.

The German capital is being tipped for this year “based on its young population and its growing reputation as a technology centre, as well as the land available for development”, the report said. PwC says that investors are looking for better returns and London currently does not offer high enough yields following its price boom in recent years.

However, “the liquidity and scale of the market, together with relatively robust economic performance, are still powerful arguments” for London. Almost five times more capital – €47 billion (Dh188.44bn) – was deployed in London than any other European city over the year to the third quarter of 2015, says the report, which is based on interviews with hundreds of investors, developers and property managers.

“It’s not a long-term damning of the London market by any stretch of the imagination. It’s just a reflection of where we are in the cycle,” according to Gareth Lewis, the director of Real Estate at PwC.

Sustainability and the environment in property will also become an increasingly important theme for the sector this year, according to the report.

Peter Walker, from the Urban Land Institute, which co-authored the report, said: “It’s clear from the interviews that this is now just part of mainstream language of business in real estate, and it’s not seen as this emerging fad any more – it’s seen as a core business theme for many.”

What is driving UK house prices?

An imbalance between supply and demand is driving price growth, with values jumping 6.6 per cent in 2015 as a whole.

UK house prices rose for a 12th straight month in December and may hit an average £300,000 (Dh1.58 milion) this year if the current rate of growth continues, according to LSL Property Services and Acadata. Average values rose 0.6 per cent last month to a high of £292,077, the groups said.

Why is supply falling?

The rising tide of prices has been propelled by a sinking supply of houses on the market, compared with increasing inquiries from potential buyers, according to Adrian Gill, director of Reeds Rains and Your Move estate agents. “We may subsequently see prices surge further during the first quarter of 2016,” he says.

Nationally, housing transactions totalled 85,000 last month, the highest for a December since 2006. With such demand, LSL and Acadata said, average prices should pass the £300,000 level by May.

Is the whole country experiecing this phenomenon?

In the report, LSL and Acadata highlighted 2015 as a good year for homeowners, apart from those with properties in prime London locations. Values in central London fell 8.7 per cent last year as higher stamp duty on purchases curbed demand.