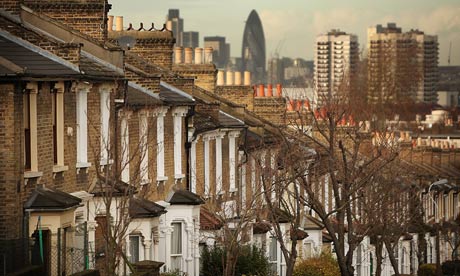 The U.K. housing market is being pulled in different directions as buyers try to beat a looming tax increase and uncertainty over the country’s referendum on European Union membership weighs on sentiment.

Nationally, house prices rose 0.8 percent in February, according to LSL and Acadata, with demand from landlords and second-home buyers helping to boost sales by 12 percent on the month. In central London, the Royal Institution of Chartered Surveyors said uncertainty surrounding the “Brexit” vote is weighing on the outlook.

The two reports on Thursday show how various dynamics are skewing the market, which is already suffering from a supply-demand imbalance. Investors have been snatching up houses before April, when buy-to-let properties and second homes will be subject to a stamp-duty levy higher than that for owner-occupiers.

Acadata said there’s “considerable uncertainty” about housing over the next six months, with low interest rates and rising disposable incomes boosting demand, but the new tax potentially cutting off some buyers after April.

“In addition, there are uncertainties as to how the market might react to Brexit, should that be the outcome of the referendum,” said Acadata Chairman Peter Williams and housing analyst John Tindale.

In its report, RICS said while its national house-price balance was at 50 in February — meaning 50 percent more surveyors reported an increase in values — the London number was just 3.

The uncertainty over house prices poses a challenge for Bank of England financial-stability officials, who are seeking new powers over the buy-to-let market and have voiced concern about stability risks. Landlords were the fastest growing category of home-buyers at the end of last year, according to Acadata. Financial Policy Committee member Clara Furse told lawmakers on Wednesday that she wants to see how the tax change affects the market before implementing further tools to cool the housing market.

“We would need to see how they play out before we make a decision but it is something we’re monitoring closely,” she said.