Brexit anxiety has all but killed the traditional spring property revival, pushing down asking prices across the UK by 0.8% in the year to March, according to property website Rightmove.

Inner London saw the sharpest falls, followed by boroughs across the rest of the capital and surrounding counties, as separate reports showed that Brexituncertainty was also damaging UK exports and the broader economy. 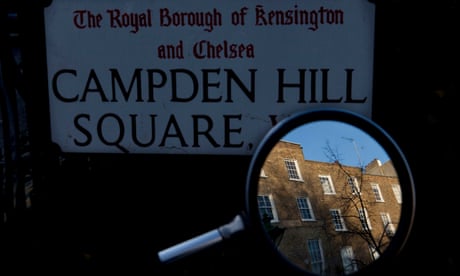 Average asking prices in the capital were now 1.1% lower than a month ago and 5.5% lower than March last year, it said. In the last year London prices have fallen 3.8%. Across the south-east prices are 1.5% down on this time last year.

Spokesman Miles Shipside said the recovery in the property market usually seen about now was not happening.

“While March marks the start of spring, temperatures have yet to rise in the housing market,” he said. “Buying activity remains cooler than usual, as buyers await a more settled political climate.

“As the clock ticks down towards the Brexit deadline it is natural human behaviour for more buyers to hesitate. The number of sales agreed by estate agents in February was 7% below the same period in 2018.”

Outside the south-east, the only region to record a monthly fall during February was the north-east, where asking prices fell 1.3%. Property in the north-east is taking the longest time to sell of anywhere in the country – an average of 89 days.

In the north-west, prices rose 2.5% last month and were 3.4% higher than a year ago, Shipside said.

The British Chambers of Commerce said Brexit uncertainty was continuing to dampen economic activity as it downgraded GDP growth to 1.2% in 2019, matching the Bank of England and the Treasury’s independent forecaster, the Office for Budget Responsibility. If realised, this would be the weakest growth since the financial crisis a decade ago.

“If the UK economy is to have a shot at escaping a Brexit-induced black hole, practical growth issues here at home need to be tackled urgently,” said the BCC’s director general, Adam Marshall.

Meanwhile, a separate report by accountants and business advisors BDO concluded that UK export growth fell “perilously close” to the point of contraction in the first quarter of 2019.

Its export growth index for the UK fell by 0.8 points, its joint-weakest performance since the first three months of 2016. The report indicates that further disruption is expected later this year, which will result in continued UK export decline.