INVESTMENT in Scotland’s commercial property market fell 12 per cent last year as the Brexit vote all but ground activity to a halt for a period. 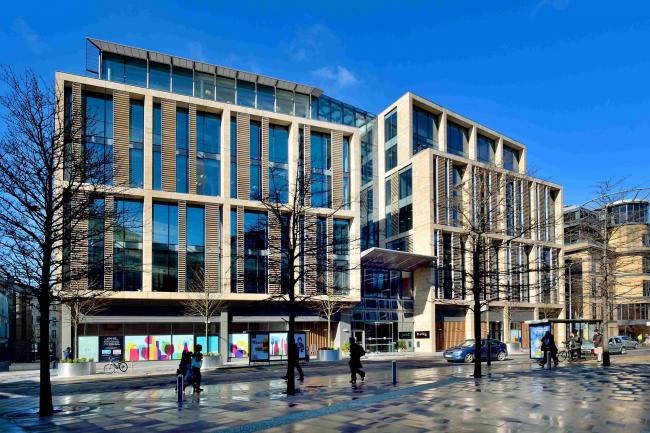 The performance, which saw total spent across all sectors fall to £1.78bn having passed £2bn last year, was described as “reasonably resilient” given the context of the decision to leave the European Union, and the ongoing impact of the oil downturn in Aberdeen.

“We’ve had a lot of political uncertainty over the last year and probably a three to six month hiatus where the market pretty much ground to a halt over the Brexit vote,” said Alistair Steele, head of Scotland commercial at Knight Frank, the property group which released the figures.

It is believed that almost £150m of deals were either scrapped or delayed after the EU referendum, and Mr Steele noted: “There were a lot of deals that didn’t happen as a result of Brexit, and then a lot of people paused for thought so it wasn’t until October that the market kicked back in again and people looked to invest.”

Mr Steele added that the progress made towards clarity on Brexit following Tuesday’s Supreme Court judgement and Prime Minister Theresa May’s plan to present the government’s blueprint for Brexit would not alleviate concerns among investors.

Compared with the ten-year average of £1.72bn the market remains buoyant, but this period still includes the recession which lasted from the third quarter of 2008 until the end of 2009.

However, Mr Steele said the wider political and economic upheaval had to be taken into account. “It is a year that we can be quite positive about if you bear in mind the huge political instability and the hiatus following the Brexit vote. Plus the fact we’ve got trading volumes in Aberdeen significantly down. I actually think the figures are really positive, the market in Scotland remains resilient.”

The reason for this, he said, is because of underlying fundamentals like a strong occupier market and attractive pricing – which led him to believe transaction volumes would pick up in 2017, provided the political climate remains stable.

Mr Steele’s view is backed up by the RICS UK Commercial Market Survey 2016, which said the Scottish commercial market saw a gentle rise in occupier demand in the fourth quarter of 2016.

“What has held us back is the Aberdeen market, which has just slowed right down, and then last year Glasgow was slower than average,” he noted.

There was a huge variation in the fortunes of Scotland’s two biggest cities with transaction volumes in Edinburgh up 92.5 per cent to £1.2bn as Glasgow suffered a drop of 59 per cent, to £280m.

Mr Steele said these numbers fluctuated on a regular basis and could be skewed by any big deals taking place in the cycle, such as the £105m sale of Atria in Edinburgh to Frankfurt-based Deka Immobilien.

Mr Steele said Aberdeen would take a time to recover because of weak demand on the occupier side. Volumes have plummeted from more than £600m in 2014 when oil prices were at their peak, to just £55m last year.