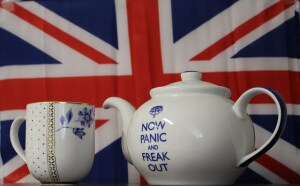 On June 23, 2016, the British voted by a slim margin to withdraw from the European Union (EU). Those voting to exit the EU cited negative pressures felt regarding immigration and sovereignty. Those wanting to remain in the EU argued that leaving the EU would result in trade barriers, diminished influence in world affairs, reduced national security, and recession. Thus far, fears associated with Brexit are being realized.

According the a recent article on CNBC, the international impact of Brexit has been severe, with a loss of up to $3 trillion in stock value – the single worst short-term stock market loss in world history, with Britain’s sovereign debt credit rating lowered by Standard and Poors. Prime minister David Cameron has announced his resignation. Scotland has started discussions on a second referendum on independence from the U.K. Other countries are exploring the possibility of withdrawal from the EU.

What does this mean for the housing market in the United States? In the short-term, it may very well be positive – somewhat similar to the positive reaction to real estate when the stock market hit severe turbulence earlier this year, resulting in the transfer of liquidity from the stock market to the more stable real estate market. Credit and lending have eased toward big real estate deals, and more land is being developed. In addition, near-term mortgage rate hikes are far less likely.

In the long-term, a worsening recession in Europe is likely to reduce domestic growth – especially in manufacturing and exports as the U.S. dollar strengthens relative to European currency. Continued volatility associated with Brexit and the real possibility of other nations following Britain’s lead, could cause American businesses and consumers to re-think spending patterns, resulting in a slowdown of U.S. economy. In addition, the reduced pressures for the Fed to increase interest rates reduces the Fed’s ability to combat the next recession.

In short, slower national growth is likely, resulting in reduced growth in U.S. housing demand. However, relatively low housing supply levels and continued low mortgage rates will largely offset the negative impact of slower growth. Unlike Year 2006, there is no glut of supply in today’s housing market. Indeed, housing shortages are likely to continue, albeit at less severe levels than previously predicted. And the U.S. housing market will need to acclimate to an increasingly unstable international economy for years to come.

Mark Boud is the Principal of Real Estate Economics (REE) and Senior Vice President of Metrostudy, a Hanley Wood company.