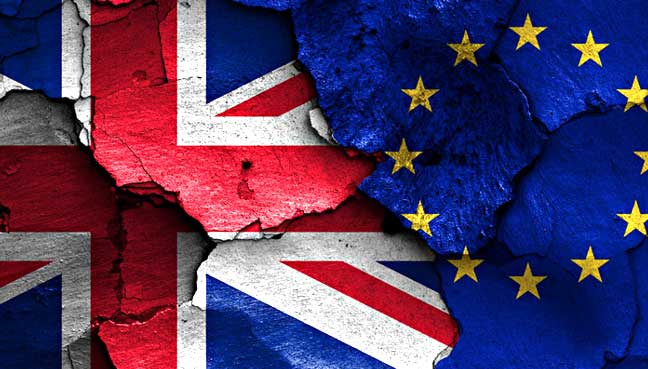 Short-term jitters aside, a combination of economic fundamentals and political imperatives is likely to sustain values in Britain’s housing market over the long term.

I spent the weekend after Brexit in London commiserating with some friends who had been in the midst of selling their home in Vauxhall to upgrade to a bigger place. They had been due to close on the sale the day after the referendum, but a few hours after the results were announced, their estate agent called to say the buyer would proceed only if they gave him an additional 10 per cent off the agreed selling price. The buyer’s reason was that, as a commodities trader, it would be negligent of him not to price the increased uncertainty caused by Brexit into the transaction.

Commodities traders are not the only ones panicking. Brexit has caused an epidemic of cold feet across the property market which began long before June 23.

At the micro level, Brexit is disrupting tens of thousands of individual deals as buyers re-evaluate pricing assumptions they made prior to the referendum. Estate agents are reporting a general pattern of deals being postponed or dropped altogether. Panic of this type tends to create a pernicious, self-reinforcing cycle, where fears about falling prices push buyers to ask for discounts and sellers to agree to them, creating a deflationary effect on the whole market. This process began as soon as the date for the referendum was set: According to commercial property agents Cushman & Wakefield, investment in British real estate halved in the first half of this year from a year earlier, while Savills reported at the end of last month that property values in prime central London were 8 per cent lower than their peak in 2014.

The ripple effect has thrown the overall real estate market in Britain into turmoil. As of yesterday, six of Europe’s largest asset managers had halted redemptions from their property funds. Bank of America Merrill Lynch has warned investors of an average 10 per cent fall in selling prices, based on a similar fall of 13 per cent in the wake of the 2008 economic crisis. Meanwhile, Singapore’s United Overseas Bank announced last week it was temporarily suspending lending for property purchases in London.

The politics and demographics of British home ownership put pressure on future governments to pull all possible levers to ensure house prices continue to rise. Here’s why: Homes have become a crucial – and in many cases the single largest – source of equity for British savers.

The outlook for commercial real estate will be determined by many factors, including the nature of the deal struck with the European Union and prospects for Britain’s growth in the coming decades.

For residential real estate, however, despite current jitters, there are a number of economic and political factors that are likely to sustain housing values in Britain over the medium to long term.

The first is economics. The gap between supply and demand for housing in Britain has been growing for many years: Household formation rates at 240,000 per year are on average more than double the rate of house-building, which has struggled to climb above 100,000 per year. Even with possible changes in immigration policy post-Brexit, there is already an acute structural shortage in the system that will take decades to resolve.

The second is monetary policy. Borrowing rates in Britain hit an all-time low in the days following Brexit as investors sought safe havens in the form of government bonds. Low interest rates would be compounded by an anticipated move by the Bank of England to cut base rates even further from their historic low of 0.5 per cent. All of this will mean that mortgages – at a historic low for years – are set to become even cheaper. HSBC last month launched a record 0.99 per cent fixed-rate mortgage, which will put pressure on other lenders to follow.

The third is the sterling effect. At rates as low as US$1.28 (S$1.72) to the pound, sterling-denominated investments have become more attractive, particularly to buyers using currencies pegged to the strong US dollar.

The fourth is policy. Brexit may have shaken the housing market but it will have little impact on policy. British housing policy has always been set in Westminster and driven above all by a chronic national obsession with home ownership. It is an obsession that has made Britons among the most heavily indebted people in the world. Levels of household debt as a percentage of disposable income in Britain are matched by few other developed nations – except, notably, Singapore. The difference between Britain and Singapore is that whereas the bulk of Singaporean household debt is backed by the state through the Housing Board scheme, the mortgage market in Britain is largely private.

The politics and demographics of British home ownership put pressure on future governments to pull all possible levers to ensure house prices continue to rise. Here’s why: Homes have become a crucial – and in many cases the single largest – source of equity for British savers. They are treated as a welfare asset, not only to fund retirement but also for equity release for healthcare, intergenerational spending and other forms of mid-life consumption. As more people have become more and more dependent on housing assets for welfare provision, so too the political pressure to preserve the value of housing has grown.

The outgoing Conservative government’s flagship Help To Buy scheme subsidised first-time buyers, who can purchase a home with a deposit of only 5 per cent. At the same time as boosting demand and sustaining housing values (which pleased home-owners, who tend to vote Conservative), it also sought to win the support of young and aspiring home-owners. The incoming prime minister will be a Conservative and subject to the same electoral calculus.

All of this means that, short-term turbulence aside, the fundamentals of Britain’s housing market remain strong. Residential real estate investors should not be in a hurry to sell just yet.

•The writer is Asia director of Global Counsel, a strategic advisory firm with headquarters in London and offices in Singapore and Brussels.