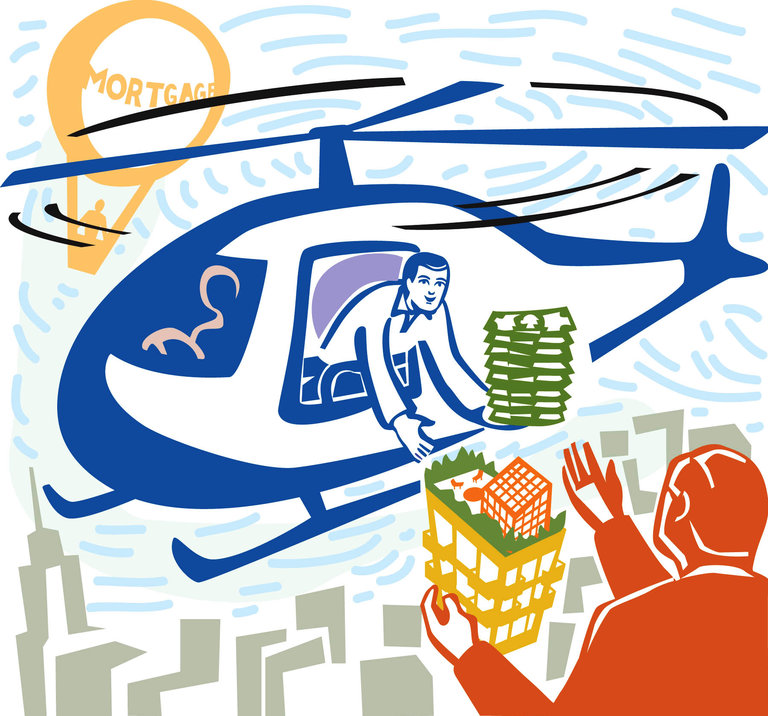 Anthony Corbisiero wanted a quick sale on his studio pied-à-terre in West Chelsea, as he planned to use a portion of the proceeds for his daughter’s looming college expenses.

So he and his wife, Julie, who live in Bay Ridge, Brooklyn, were thrilled when three bids emerged within a week. Two were all cash. “The other buyer preferred to do it with financing,” said Mr. Corbisiero, an independent stock trader. “But why should I wait for them to get a mortgage?”

The sale closed in March, just two months after the unit was listed. It went to one of the mortgage-less buyers, who sweetened the pot by paying $20,000 above the $1.195 million asking price.

In any competitive market, all-cash offers typically win out. In neighborhoods and at price points where inventory is tight and bidding wars almost a certainty, the financing-free strategy at the bargaining table has become more commonplace — and more or less imperative, some real estate brokers say. A key advantage is that these deals are done more quickly than financed transactions, which appeals to sellers like the Corbisieros. There is no lender red tape to slow down the process, like appraisal requirements and concerns about whether those appraisals will come in high enough and whether buyers can borrow as much as they need.

Of course, not everyone has the means to make such a hefty purchase with cash, and even those who do may not want to deplete their savings and investment accounts for a single real estate deal. Nationwide, cash sales accounted for a little more than a third of all home sales at the start of this year, according to the research firm CoreLogic. But in Manhattan, that figure is higher, and rises with price: In the first half of 2016, more than 44 percent of all sales were cash only, and nearly 81 percent were for homes above $5 million, according to numbers compiled for Douglas Elliman Real Estate by the appraiser Jonathan J. Miller.

One solution for the reluctant cash buyer is to delay financing: Buy using all cash, but borrow soon after. Delayed financing can help buyers stay competitive in hot housing markets, and even negotiate a better deal, without tying up their assets for too long.

There are different ways to use this strategy. For more modest purchases, there is a little-known Fannie Mae program that took effect five years ago. It allows certain buyers without mortgages to obtain a cash-out refinance soon after closing on a home — which means they can get much of their cash back almost immediately. (Before the delayed-financing program began, borrowers had to wait at least six months before tapping into home equity.)

“These policies were instituted after the real estate meltdown, to help get the market moving again,” said Steven A. Milner, the chief executive of theUS Mortgage Corporation in Melville, N.Y. The intent was to provide a borrowing option for problem properties that might not initially qualify for a mortgage, but likely could qualify after they were fixed up and maintained.

In order to participate in the Fannie Mae program, borrowers must show, among other things, that there are no liens against the home and must document the sources of the cash for the purchase. They must also prove that the sale was at “arm’s length,” meaning they didn’t buy the property from a relative or close business associate. Borrowers, however, are limited in how much they can cash out, depending on whether the property is a primary or second home. A maximum of 70 percent of its appraised value is allowed, according to Fannie Mae, up to local conforming loan standards — in Manhattan, that means a $625,500 loan amount on a single-family home.

For larger purchases, in which the maximum-percent cash out would exceed the amount in the conforming loan standards — often the case in pricier markets like New York City — cash buyers can opt for delayed financing through non-agency “jumbo” loans that are not subject to borrowing limits and the strict conventional rules.

“Someone puts in an all-cash offer and takes their liquid assets to buy the property for all cash, and then gets preapproval for a loan,” said Bradley Wayman, the mortgage sales director at Citibank in Manhattan. “In many cases, they’ll have a loan in process and close with all cash.”

Mr. Milner said that these types of delayed financing transactions account for around 2 percent of his business, while Mr. Wayman said, “On average, our top loan lenders do one deal per month.” And most of those deals, he said, involve homes priced below $4 million.

Unlike the situation at the very high end of the market, “when you go down the ladder, it becomes more competitive in terms of offerings — there are a lot less of them,” said Michael Graves, a broker at Douglas Elliman, referring to homes for sale. For that reason, he advises the sellers he represents not to accept offers contingent on the buyer obtaining a mortgage. “In the last six years, there has been only one deal where we accepted a finance contingency. It’s not up to us where the cash comes from, but it must be cash.”

He continued: “Some are borrowing from their 401(k)’s; others are liquidating investments. Some are asking family members to help close. Many of them are selling another property. I’ve seen pretty much everything.”

Andrew I. McDonald, an investment adviser specializing in the life sciences industry, relied on his stock portfolio. He was forced to abandon any plans to get a mortgage and instead offer all cash on the two-bedroom condominium in Chelsea that he bought a couple of years ago after learning of multiple bids following the first showing.

“It’s kind of crazy: You walk in and see the place for 10 minutes, and then you have to make a decision on it,” Mr. McDonald said. “But after looking at so many properties for a year, you just know.”

He added that “the only way to go was all cash at the asking price.”

Mr. McDonald came up with the $3 million for the purchase after liquidating several investments, then three months later, took out a $1.95 million jumbo loan — a five-year adjustable-rate mortgage at 2.5 percent with Wells Fargo, he said — that enabled him to replenish much of his investment portfolio.

His agent, Crystal Zahedi of Douglas Elliman, who also represented Mr. Corbisiero, said, “When you get a well-priced apartment in this market, you do have to use that strategy — or, at the very least, have a deal not contingent on financing. That’s the first step.”

While it’s fairly common for buyers to forego a financing contingency these days, the all-cash, delayed-financing strategy has been slow to catch on, partly because many home buyers simply aren’t aware of the option. (And in some co-op buildings, it also may not be feasible, because residents are required to have a certain amount of liquidity available after a purchase.)

“If I hadn’t been a real estate broker, I probably wouldn’t have come up with the idea,” said Kristin Thomas-Senior, an associate broker at Compass, who employed the delayed-financing strategy when buying a three-bedroom condominium with her wife, Fern Senior, a marketing manager, in Williamsburg, Brooklyn, in late 2013. “l saw how so many of my clients had been outbid.”

The pair came up with $1.425 million in cash largely by selling off their stocks, bonds and mutual funds. Then, about two and a half months after closing on the property, they took out a $675,000, 10-year adjustable-rate mortgage with Citibank.

“This turned out to be a good move,” Ms. Thomas-Senior said, “because the property has since appreciated.”