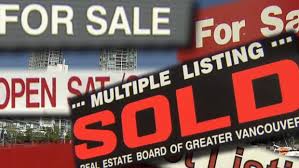 A report by the Canadian Real Estate Association says the Calgary housing market continued to see a slow down in price gains in June.

“This was the smallest gain in nearly four years and makes a full year of monthly slowdowns in the rate of year-over-year price growth,” said the CREA report.

Nationally, of the 12 major markets surveyed in Canada, the index was up 5.43 per cent from a year ago.

Robert Kavcic, senior economist with BMO Capital Markets, said a “deep dive” in new listings in Calgary, down 23.5 per cent year-over-year, “has helped re-balance the market and stem the price decline” as the HPI has held steady over the past two months.

According to the Calgary Real Estate Board, month-to-date between July 1-14, MLS sales in Calgary are down 16.57 per cent from the same period a year ago and the average sale price is off by 2.71 per cent.

Corinne Lyall, CREB’s president, said July is always an interesting month for the real estate market locally as the Calgary Stampede takes place during this time.

“May and June were pretty much copy cats to each other . . . things stabilized quite a bit. The market kind of balanced out,” she said. “Obviously there’s still some concerns about the energy sector and where that’s going to go. So it’s hard to say right now.

“In my experience over 18-some odd years in real estate is that in July things tend to slow down a little bit. People tend to go on vacations and there’s just less activity. Currently it’s hard to put your finger on that dial and be able to tell exactly is it completely related to what’s happening in the economy or is it a seasonal expectation in terms of the housing market.”

Lyall said there are still concerns about what is going to happen in the future with a number of people in the wait-and-see mode.