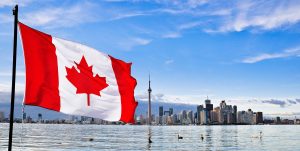 Canadian Finance Minister Bill Morneau said on Wednesday that the country’s expensive housing market is a “very real issue” and the government was “looking at all evidence” as it considers whether it needs to move again to tighten mortgage regulations.

Noting that the Vancouver market was “very strong” and the Toronto market was “strong … where there are some dynamics that are moving pretty fast,” Morneau said the government was considering its options to keep the housing sector healthy.

The Liberal government, elected in October, moved quickly to raise the minimum down payment on more expensive homes in a bid to cool parts of the housing market. The change, announced in December, took effect in February and there are some signs those markets have peaked.

Asked whether he was worried about the market, which some have said is a property bubble, Morneau said: “It’s important to pay attention,” and joked that he would parse his words very carefully as he answered the question.

“We are doing a deep dive on this. So we are looking very carefully at the dynamics of the market,” he said.

Noting the stronger labor markets and stronger population growth in Toronto and Vancouver, which make up nearly 60 percent of the nation’s housing market, Morneau also hinted the government was looking at foreign ownership rules.

“So there are underlying dynamics that are impacting us, and as we get at the challenge around whether there is foreign ownership issues, we need to consider the evidence, so we are looking at all the evidence we have… (to) do what we can to ensure this market stays healthy,” he said.

Vancouver’s market, in particular, has been driven higher in part due to Chinese investment, sparking some backlash against foreign buyers in the city.

Morneau later told reporters that the government wanted to fully understand the market before making any more macroprudential changes, and said changes would be announced only once when the government was ready to announ