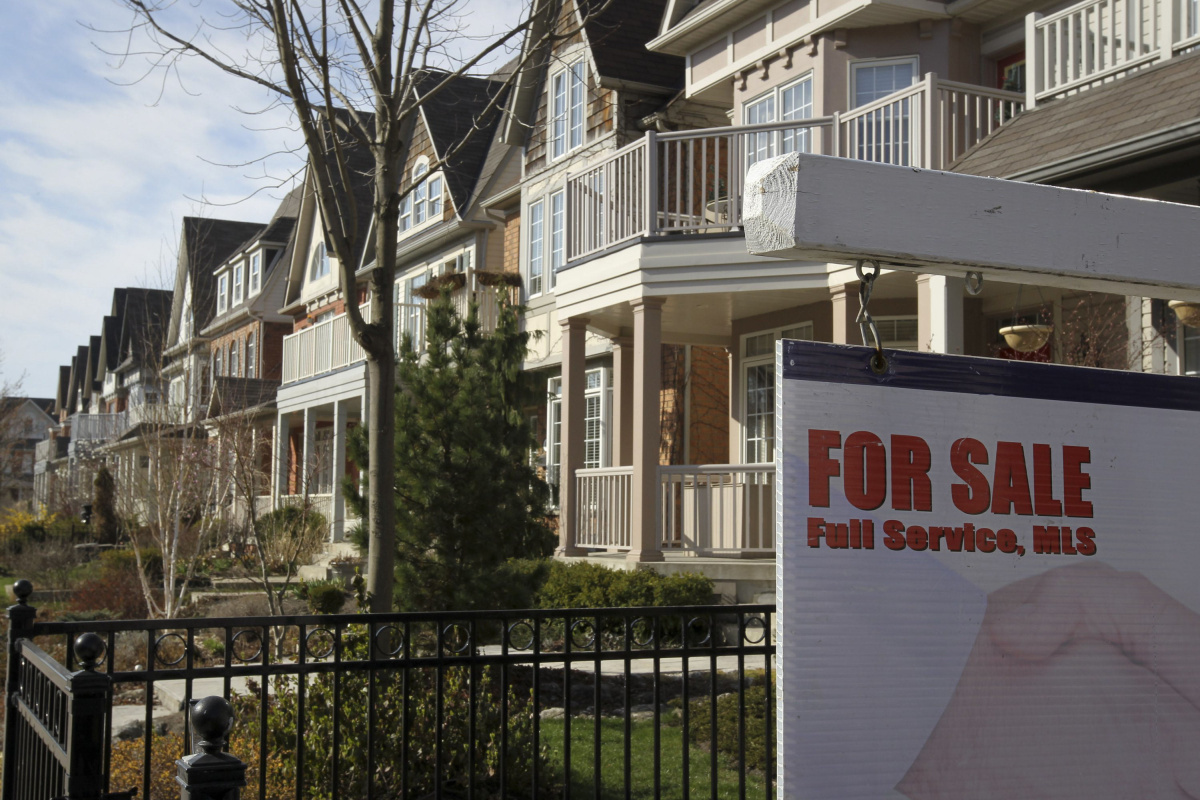 April 14 2010- pd-realestate14 Realestate For Sale in the GTA. 48 Joseph Duggan Rd. in the “Pleasantville” area of the Beach. Homes housing. DAVID COOPER/TORONTO STAR

Dear median-income Vancouver household looking to buy real estate in the city where you work and play:

It will take you more than six years to save for a five percent down payment on a median-priced home. And once you’ve reached that goal, carrying that median-priced home will consume 81 percent of your gross income.

In a word: unaffordable.

Vancouver is far and away the most challenging real estate market in the country, but Toronto is no walk in the park either.

There, it will take you more than four and a half years to save for a five percent down payment on a median-priced home, and that home will eat up 61 percent of your gross family income.

The rule of thumb dictates that number should really be in the low- to mid-30s. Indeed, according to RBC, the housing markets in Vancouver and Toronto are “increasingly (dangerously) unaffordable.”

The startling numbers represent all property types grouped together. The stats become even more daunting when you’re talking single-family homes.

“Single-detached homes have long since slipped out of reach for the average local homebuyer (in Vancouver),” RBC notes in its fourth-quarter Housing Trends and Affordability report.

Carrying a median-priced, single-family detached home in the city would eat up 109 percent of a median-income household’s gross income.

“This implies that only a select few wealthy households can afford to own such properties at market prices.”

Carrying costs for the purposes of the RBC report include mortgage payments (principal and interest), property taxes and utilities.

Using slightly different metrics to gauge affordability, National Bank also calculated how long it takes a median-income household to save for that five percent down payment on a median-priced home, based on a ten percent savings rate of gross income.

Vancouver and Toronto, unsurprisingly, led the pack at 73 and 56 months respectively. Across the country the numbers look like this:

Condos, according to RBC, continue to be the most affordable option in Canada’s two hottest markets, consuming 44 percent of a median-income household’s gross income in Vancouver, and 37 percent in Toronto.

The time to save for a condo in those two markets (following the methodology laid out above)? National Bank Financial puts the figures at 39 months for Vancouver and 34 months for Toronto.

Outside of Toronto and Vancouver, RBC says affordability levels are either stable or improving.