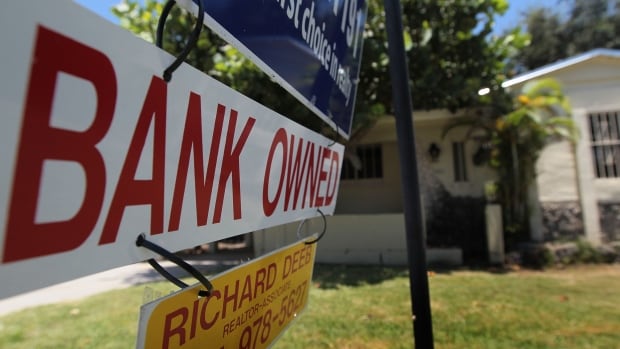 Young Canadian homeowners are in for some tough times if the housing market comes crashing down around them, a new study suggests, but realtors and economists say there’s no reason to panic.

​​A report released last week by the Canadian Centre for Policy Alternatives suggests that one in 10 homeowners under 40 will be underwater on their mortgages — meaning their debts will be greater than their assets  — if real estate prices crash as expected at some point in the near future.

Right now, real estate prices are overvalued by anywhere from 10 to 30 per cent, according to Bank of Canada estimates. Eventually, most analysts say, the market will correct itself and prices will go down, either due to declining incomes, rising interest rates, or a combination of both.

When that happens, homeowners under 40 will be disproportionately affected — not because they stand to lose more actual dollars, but because they are debt-strapped and will see a bigger drop in their net worth, the study argues.

Their entire net worth is wrapped up in their home when they’re in their twenties and thirties. They’re early on in a mortgage, so … almost everything they’ve paid has gone into interest,” John Andrew, a real estate professor from Queen’s University in Kingston, Ont., said.

“And the other thing is that they’ve leveraged this to the hilt. So it’s a triple whammy, those three factors.”

It all sounds scary, but young homeowners do have one thing their older counterparts do not — time.

“Even if you’re underwater, it’s not a big deal, because as long as you live in this house and you pay your mortgage, that’s fine,” Benjamin Tal, deputy chief of CIBC’s World Markets, told CBC News.

CIBC’s Benjamin Tal says young homeowners shouldn’t panic about a potential drop in housing prices because they have the luxury of being able to wait it out. (CIBC)

“Of course, it’s difficult to be underwater. It’s not a very good thing to experience. But from a practical perspective, as long as you have a job and you have income, I really don’t see a situation in which you should panic.”

Both Tal and Andrew say the bigger issue at play here is the possibility that interest rates on mortgages will rise, triggering the anticipated drop in housing prices.

“I’m pretty sure we’re not going see a collapse in home prices until we see a rise in interest rates,” Andrew said.

And while most young homeowners can withstand a housing market crash by staying put and waiting it out, not everyone can afford to pay a bigger monthly mortgage.

“If you can’t keep the house because you can’t afford the extra $350-$400 a month in mortgage payments, now you’ve got a really serious and urgent issue,” he said.

‘The economy will slow down’

“You have a situation in which more young people, young families, spend more money on their housing as opposed to anything else. So you don’t go to restaurants, you don’t take vacations — you just finance your mortgage,” said Tal.

“And if you don’t [spend money], the economy will slow down, and that will make things even worse because it means that unemployment starts to rise, and therefore some people actually won’t be able to pay at all.”

“We’re already seeing weak growth in Canada,” he said, “and this would add to that slow growth.”

In his study, Macdonald recommends the government look at adopting U.S.-style policies to help young Canadians weather the storm.

That could mean giving unemployed homeowners some leeway on their mortgages, or allowing those in extreme circumstances to walk away from their mortgages without taking a huge hit to their credit scores.

But these are solutions for later down the road, when prices start dropping, he says.

In the meantime, Tal said young and prospective homeowners should make sure they have enough wiggle room in their budgets to comfortably make monthly mortgage payments even if rates rise by a couple of percentage points.

“If they cannot do it, they should buy a smaller house,” he said.

Or, not buy a house at all.

‘There’s nothing wrong with renting’

Studies like this one might put you off buying at all, and that’s a perfectly reasonable option, said Andrew, especially in high-cost cities like Toronto, Vancouver and Calgary, where a housing market crash would hit hardest.

“If you look at a lot of world-class cities around the globe, there’s nothing wrong with renting. If you lived in New York City, you could easily rent your entire life and you wouldn’t feel inadequate about it.

“We’ve got this kind of Canadian hang-up,” he said. “There’s this sense that if you don’t own your own home … you’re not a success. And I think that’s changing.” 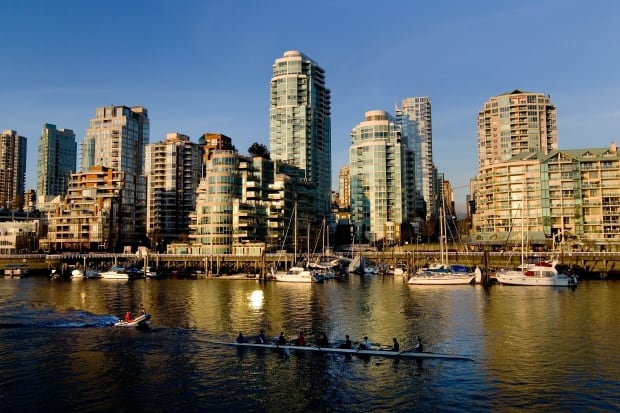 Homeowners in big, expensive cities like Vancouver stand to lose the most if housing prices drop. That’s why some analysts say it might be better for city-dwellers to rent. (Robert Giroux/Getty Images)

Renting means avoiding the hidden costs of home ownership, like maintenance and property taxes. What’s more, you can up and leave whenever you want.