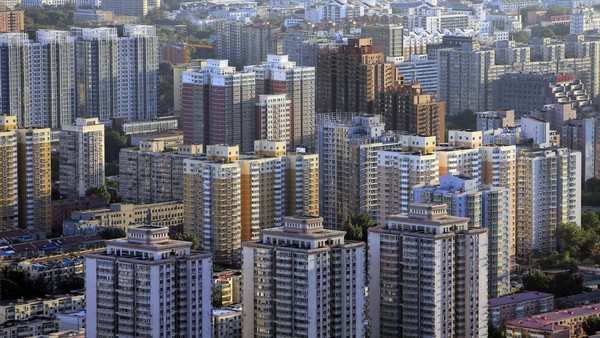 China’s property market is showing further signs of stabilising, with prices in some cities rising strongly last month as government measures to boost demand feed through.

Of the 70 cities tracked by official data, 20 experienced an increase in new home prices last month, the highest level in more than a year. The average price across all cities dropped 6.1 per cent year on year, according to FT analysis, compared with a 6.3 per cent fall in April.

However, prices are rising srongly in China’s tier one cities. Shenzhen new-build home prices jumped 6.6 per cent month on month, while prices also rose in Beijing, Shanghai and Guangzhou.

Wee Liat Lee, property analyst at BNP Paribas, said in a report that overall market sentiment was improving, but that “the bifurcation of good cities and bad cities is significant”.

The housing market — one of the most important growth drivers in Asia’s largest economy — has been helped by a loosening of home purchase restrictions in many parts of the country, originally put in place to cool speculation.

Three interest rate cuts since November last year have also lowered the cost of mortgage borrowing. Research from China Confidential, an investment service from the Financial Times, shows that sentiment is rising among would be owner-occupiers looking to upgrade.

“Incentives to prop up housing in China are clearly working”, said Annette Beacher, strategist at TD Securities, in a note.

“From a cyclical perspective, things are definitely getting better,” said Mr Chen. “But from a structural point of view, the housing market still faces a very long adjustment period ahead.”

The pickup in house prices in top cities is unlikely to alter the downward trajectory of Chinese growth. Developers remain cautious, choosing to slow construction in order to preserve capital and keep debt levels in check. Property investment has yet to show any sign of improvement — new housing starts this year are the lowest since 2009.

Instead, developers are branching out into other businesses, or moving into overseas markets.

Analysts expect China’s economy to grow about 7 per cent this year, as the country attempts to re balance away from a model led by investment and construction towards one underpinned by consumer demand.