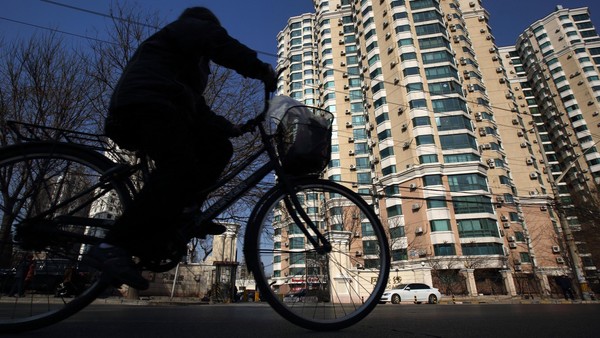 As China’s equity markets cool down and its currency is devalued, attention will return to the question of whether the country’s property market is heading for a fall. In my view, the boom days are over, but with buyers required to put at least 30 per cent cash down, the risks of a crisis are low.

China’s housing market is one of the most important parts of its economy, and also one of the most misunderstood. Important, because residential real estate together with construction accounts directly for more than 10 per cent of gross domestic product. Misunderstood because few observers appear to grasp the structure of China’s residential property market.

The Communist party allowed most workers to buy their government housing at a steep discount to market value, with the result that the home ownership rate in China is now among the highest in the world: 89 per cent compared with about 64 per cent in the US and the UK. But this does not mean the appetite for new homes has been sated. A large share of homes are substandard, so demand for upgrading is significant. Moreover, only 55 per cent of the population is urban, a share that will continue to rise, driving demand for housing.

Almost all the new homes sold in China are apartments, not single family homes. What is more, 80 per cent of those apartments are bought one year or more before construction of the building will be finished, known as presale. That is one reason it takes time for new Chinese cities to fill up.

In Zhengzhou, for example, a city featured on many lists of “ghost cities”, people bought apartments in the city’s new area with the intention of not moving in for several years, based on the view that house prices would be higher after the subway lines were completed. The first subway line is now open, and the new area is thriving. This pattern is repeated across the country.

One of the biggest misconceptions about China’s property market is that most buyers are speculators. In fact, the residential market is driven by owner-occupiers. Data collected from sales managers across the country reveal that during the past three years less than 10 per cent of buyers were investors.

Unprecedented income growth not only supports China’s remarkable consumption story, it also underpins a healthy property market. Over the past decade, inflation-adjusted urban income rose by 7 per cent or more every year, while real rural income increased by 7 per cent or more during each of the past nine years. In contrast, over the past decade real income rose at an average annual pace of 1 per cent in the US and 0.3 per cent in the UK.

An important precondition for a bubble in any asset class is a high level of leverage, because in the absence of high leverage, the consequences of a sharp price decline are limited. In China there is low leverage among homebuyers because about 15 per cent of buyers over the past three years paid cash, while for those using mortgages a minimum deposit of 30 per cent is required.

Today the market is soft, but it is far from the collapse that many are writing about. It is inevitable that China’s economy will, on average, grow a bit more slowly every year for the foreseeable future. This applies to the residential property market as well.

New home prices are down about 6 per cent year on year, compared with an increase of about 4 per cent a year ago, but given that Chinese homebuyers are required to use a lot of cash, even steeper price declines would leave few mortgages under water.

Fundamental demand for housing remains healthy. There are around 13m marriages every year, and new couples account for approximately one-third of new home sales. Income continues to rise at a healthy pace and household savings increased by more than 300 per cent over the past 10 years to $8.5tn, greater than the combined GDPs of Russia, Brazil, India and Italy.

The boom days of China’s property market are over, but this more mature market is far from a disaster: Chinese are still likely to buy about 10m new urban homes this year, almost double the number of combined new and existing home sales in the US last year.