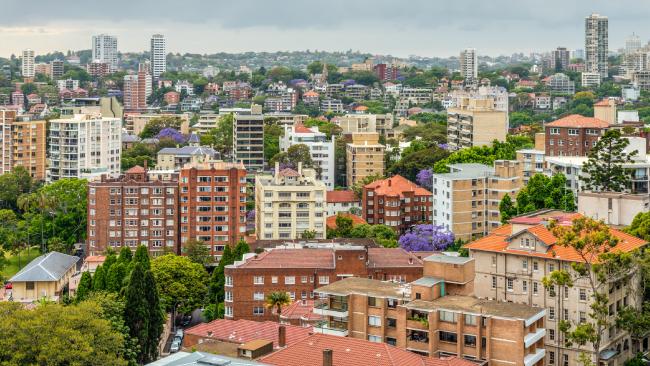 The Chinese government’s campaign to stop its citizens from exporting money to buy apartments in Melbourne, Sydney, Vancouver and other places is really starting to bite.

And, so, the great driver of the Australian apartment building and the residential property boom — overseas Chinese money — is shrinking fast.

Normally, this would trigger a big fall in apartment and many inner suburban dwelling markets in Sydney and Melbourne.

While there is still a problem in parts of Melbourne, overall the residential property market in our two biggest cities has been “saved” by the two great Sydney-based modern day St George’s — Malcolm Turnbull and Scott Morrison.

Indeed, they have been so successful at slaying the dragon that Sydney prices are still rising despite the Chinese exodus from new purchases (there are great many young people who want it to fall).

Last year’s Turnbull-Morrison superannuation fiascos convinced a vast number of Australians that they could no longer rely on the superannuation system for retirement savings because of the new contribution caps and general political uncertainty.

They concluded it was far safer to go for negatively geared dwellings and, in the process, reduce their current income tax.

The move is so massive that the supposed superannuation savings in future years will be slashed by the reduction in income tax revenue via negative gearing.

Sydney and Melbourne dwelling prices have both outperformed the share market — Sydney by a big margin — further fuelling the local’s thirst to negatively gear property and so offset the Chinese exodus.

There have been Chinese government clamps on individuals’ money leaving the country for some time but making money in China and sending it abroad is almost part of middle and higher income culture in China — akin to a national sport. Accordingly, many fringe banking and other groups emerged to help Chinese nationals export their money and get around government restrictions.

Money can still exit but it’s not only hard but it’s become very dangerous because Chinese are being jailed for corruption, which can be linked to money exports.

At the end of December, I alerted the nation to what was happening (Cash exodus limit cuts Chinese buying power in property, December 31).

But since the New Year, the trend has developed even greater momentum. You will remember a couple of years ago that overseas investors, including those from Asia, and local Chinese were buying 80 per cent of Sydney apartments. In Melbourne, if anything, the proportion was higher.

Harry Triguboff’s Meriton dominates the Sydney apartment market and in November/December 2016, Meriton’s overseas and local Chinese buying was down to 50 per cent of the total as Australians of non-Chinese origins rushed in.

At the peak, Overseas Chinese were probably 50 to 60 per cent of the Sydney market, and thus the biggest part of the overseas buying force. Now Overseas Chinese buyers of new Sydney apartments are down to 25 per cent at best, and falling fast.

Those who bought “off the plan” on 10 per cent deposits are having problems settling when construction is completed. But Meriton is prepared to provide finance in the absence of the banks and, in any event, the apartments have risen in price so they can sell at a profit. There is no crisis.

In Melbourne, the Chinese 10 per cent “off the plan” dwelling deposits were greater than Sydney and funded an enormous construction boom for one and two bedroom inner city apartments. This market is totally glutted and the Chinese are having great difficulty settling when the apartments are completed.

There are groups trying to help but the local banks have turned their backs.

However, the local banks face big losses if they pull the rug on the developers who risk being left with “unsettled” apartments. The secondary market price is also lower than the official market price so it’s hard to sell.

Those involved in negative gearing are scared of the small inner city apartment market so are buying elsewhere.

The Victorian government has changed the planning rules so that new apartments must be larger and the number that can be built on a block has been reduced. Those who have permission under the old rules can’t risk waiting — they must build before their permits run out. This adds to supply.

But the negative gearing surge is so strong that in time it will absorb the shortfall.

In both cities longer-term apartment prices are set to rise. In Sydney the price of land has trebled and in Melbourne new apartments must meet the new higher cost requirements. There will be halt in development until the apartment prices rise in order to make developments economic.

Bill Shorten plans to abolish the negative gearing tax deductions in existing dwellings. That will have a savage effect on the market because of the increased role of negative gearers. At the last election it would have been a manageable impact. By 2018 it will be massive. But so will the Treasury’s money exit.

I would like to repeat what I wrote last December because it goes to the heart of what is happening in our two biggest cities but particularly Sydney.

Our biggest city faces a two-way problem. The salaries for younger professionals (and I am most familiar with journalists) have great difficulty funding current Sydney real estate, let alone the higher prices being created by the councils and the state government as they artificially restrict supply.

The hope for younger people was that a Chinese exodus might stabilise and slightly lower prices. But, as Triguboff says, the state government and local councils are determined to restrict supply and use the buying power of negative gearing to lift Sydney dwelling prices: great news for those who own Sydney dwellings but a disaster for those who want to live in their own home and whose parents can’t help with the funding.

While top executives who bought at lower prices and have much higher salaries are happy for their operations to stay in Sydney, it is becoming increasingly difficult for their skilled staff to own a dwelling.

Some negatively gear and rent but many who want to live in their own home will eventually move elsewhere.

My guess is that many will try to go to the US where Donald Trump plans to entice skilled people with lower tax rates. 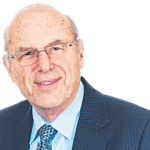