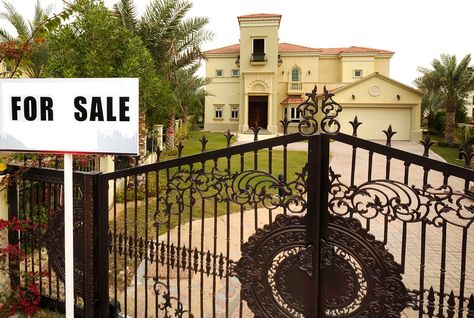 Average Dubai property prices fell by 11 percent last year while average rental rates saw only a slight dip of 1 percent, according to a new analysis.

Villas in The Meadows saw the biggest price declines, of 15 percent, while villas on the Palm Jumeirah recorded price declines of 13 percent over the year.

The report highlighted the impact of delayed project delivery in 2015 and a large pipeline for 2016, coupled with demand slowdown and continued low oil prices, placing both rental rates and sales prices under pressure.

In particular, Asteco said, a total of 13,500 apartments and 800 villas were added to Dubai’s residential real estate supply in 2015, and a further 22,000 apartments and 7,700 villas are in the pipeline for 2016. This is expected to place downward pressure on rental rates all the way through to 2017.

However, Asteco said with supply handover slower than anticipated in 2015, rental rates remained broadly stable over the past year, dipping just 1 percent on average – although the report noted disparities depending on location.

Villa rentals were down 9 percent on average year-on-year, the report showed, but the biggest falls came in Jumeirah and Umm Suqeim where three-bed villas dropped more than AED50,000 or 20 percent on average, while four-bedroom homes in Arabian Ranches and Jumeirah Park were down 19 percent and 15.5 percent respectively.

However, Al Barsha recorded a 9.3 percent hike in rental rates for three-bedroom villas, and similar properties in Mirdiff saw average hikes of 4.2 percent.

Apartment rental rates were down by 4 percent on average, with Sheikh Zayed Road recording the highest drop of over 12 percent. Dubai Marina and Palm Jumeirah both saw  year-on-year drops of 13.3 percent and 10 percent respectively.

Stevens said: “For property owners, adjustments in terms of rental expectations and payment flexibility will have to be made [in 2016].

“And, as usual in cases of increased supply, better quality, well managed or value-for- money properties will be able to achieve higher occupancy levels than others.”