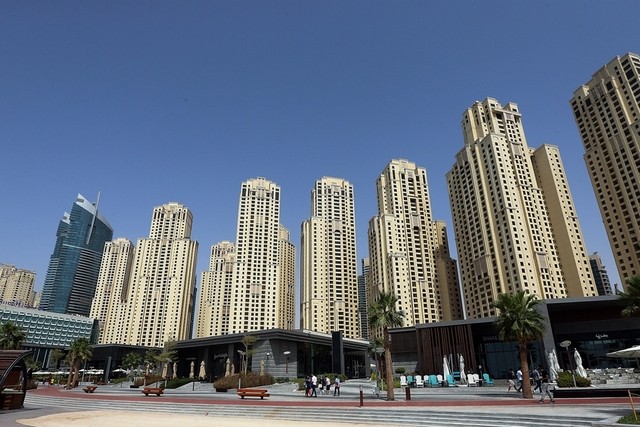 Dubai house prices fell in the two months to the end of August as the city’s property correction continued.

According to new figures from broker CBRE, average house prices in Dubai dropped by another 2 per cent during the period, equating to a 6 per cent fall compared with the same period a year earlier.

The figures came out on the eve of Dubai’s annual Cityscape Global property exhibition and follow after various reports, each of which made attempts to chart the city’s real estate slowdown.

These include statistics published by rival broker Knight Frank last week showing that the Dubai residential property market was one of the worst-performing in the world in the second quarter of the year with greater price slumps than Greece, China and Ukraine.

Knight Frank estimated that average prices in Dubai fell 2.8 per cent in the three months to the end of June and 12.2 per cent compared with a year ­earlier.

At the same time property data company Reidin reported a 4 per cent fall in Dubai house prices for the three months to the end of August.

It said that average prices in the city stood 7 per cent lower than they had been six months ago and 10 per cent down on their level a year ago.

And in a note published yesterday, HSBC estimated that property prices in Dubai at the end of August stood 9 per cent lower than a year earlier, while the number of real estate transactions fell by 15 per cent over the same period.

At the start of 2015 JLL predicted that house prices would fall by about 10 per cent during the year.

“I think we are pretty much on target to reach that sort of level [a 10 per cent fall] over the year,” said Matthew Green, head of research at CBRE’s Dubai office.

“Really what we are seeing is that recently implemented measures such as mortgage caps having the desired effect after the market raced ahead of itself for the previous two years,” he said. “Now we are expecting the slowdown to continue into 2016 as more stock comes on line and the market faces difficult economic ­headwinds from around the world.”

“Although prices are falling, we are also seeing huge currency fluctuations. “So for anyone who bought in euros in Dubai and expects to see further price falls, it would still be possible to sell and still make a tidy profit simply due to the currency movements.

This is again creating opportunities for other investors.”