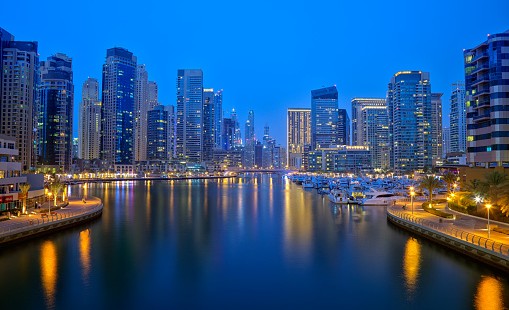 Dubai’s real estate market is undergoing a correction, but the biggest players within the industry are equipped to weather the slowdown, rating agency Standard & Poor’s has said.

In a new report, the agency said that it maintained its forecast that prices in Dubai’s residential property market will drop between 10 to 20 per cent year-on-year in 2015.

“We believe that the slowdown of economic growth across the United Arab Emirates and the Gulf Cooperation Council will limit demand from non-residents and investors, while supply additions remain high,” the report stated.

“However, the real estate entities we rate are better armed and show sufficient headroom in their credit ratios to weather the current market correction,” it added.

The report also found that corporate and infrastructure companies in the GCC face a weaker operating environment on the back of lower oil prices.

Oil prices have more than halved since June 2014, and are hovering around $50 per barrel at present.

According to S&P, bond and sukuk issuances by corporate and infrastructure companies in the region have fallen by 58 per cent in the past 12 months to about $7bn.

The decline was partly because of the tightening of budgets at key government-related entities that carry out important roles in infrastructure projects.

In some cases, limited government budgets prompted the cancellation of infrastructure projects, the report added.

Entities exposed to the oil and gas industry are also facing a sharp reduction in capital expenditures.

“Still, the longer the oil price remains near current low levels, the higher the likelihood of seeing more infrastructure projects postponed or dropped.”

Energy subsidy cuts by Bahrain, Oman, and the UAE governments could also increase financial pressures on downstream corporates in the region, the report said.

However, various factors could tempt existing and new issuers to tap the capital markets over the coming year.

These include the gradually declining availability of liquidity at the local banks, the opening up of markets to foreign investment (such as the Tadawul in Saudi Arabia and the Iranian market) and the refinancing by GREs in 2016, the report added.