Despite the introduction of 10-year residency visas for certain categories of retirees, the residential market has continued to soften.

Further declines in Dubai property rents and sale prices are projected over the next 12 months, according to new research from real estate consultancy JLL.

While JLL’s Q3 report said that the UAE cabinet’s recent announcement of a significant increase in government spending will benefit the Dubai real estate market, it said conditions were still subdued.

Despite the introduction of 10-year residency visas for certain categories of retirees, the residential market has continued to soften, with both sale prices and rents declining further during Q3, it said.

JLL noted that developers are focused on the sale of existing inventories by offering increasingly generous payment plans to investors.

The proposed budget provides funding for a series of new policies, aimed at stimulating economic growth and investment in the non-oil dependent sectors in 2019, which will positively affect the real estate sector in the medium term, JLL said.

These initiatives are aimed at reversing the current downturn in market conditions, with all sectors of the market remaining in the downturn state of their cycle in Q3, it added.

“The implementation of new policies and the relaxation of regulatory restrictions, in line with the Vision 2021 goal of further diversifying the Dubai economy, will provide a boost to the real estate market in 2019,” said Craig Plumb, head of research, JLL, MENA.

“Earlier this year, UAE approved a new investment law that could allow 100 percent foreign ownership of companies in specific sectors of the economy to operate outside of free zones by the end of 2018. Once implemented, this law will boost foreign direct investment (FDI) and increase demand from overseas businesses, particularly for projects outside of the existing free zones,” he added. 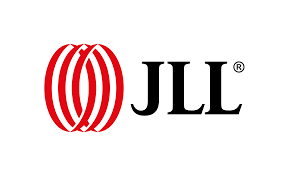 JLL’s report said that the Dubai office sector remained subdued in Q3, with rental prices decreasing further in light of the growing available supply of new and existing space.

It added that hotel performance remains under pressure, as occupancy levels and room rates have softened further in Q3.

The retail sector remains the most challenged sector of the Dubai market in the face of increased supply and the growth of online retailing, the report noted, adding that more malls are now offering leasing incentives and even ‘turnover only’ leases, to retain existing and attract new tenants.

“While the longer-term prospects for the retail sector remain positive, this sector is likely to decline further in the face of very high supply levels over the next 2 years,” JLL said.
Source :