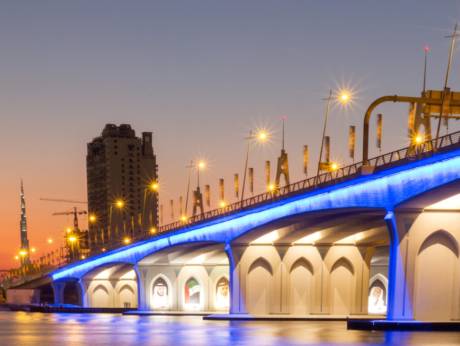 We look into the impact of a sharp increase in housing deliveries this year.

Dubai has seen a significant upsurge in new home handovers during the first half of the year, with 12,525 deliveries as opposed to 5,039 during the same period last year, according to data from REIDIN. Dubai Silicon Oasis had the most handovers with 2,740 units, Dubailand had 2,588 units and International City had 1,679 units. The other communities with significant handovers were Downtown Dubai (1,411), Business Bay (869) and fast-emerging Jumeirah Village Circle (694).

“The market upturn in 2011 gradually led to a recovery in the prices, and as the market [improved], a significant number of off-plan projects were launched from the end of 2013,” says Suraj Poon, senior global property sales consultant at Gulf Sotheby’s International Realty. “With an average of three years completion time, there is bound to be substantial handovers in the first half of 2017.”

Generally, there is a difference between delivery dates announced by the developers and the actual completion dates, as seen in the last couple of years. However, Ozan Demir, research and data manager at REIDIN, points out that government regulations are now forcing developers to hand over projects on time.

“Payments towards off-plan property purchases are protected with escrow accounts, wherein the investors’ payments are released to the developers once the construction reaches certain milestones,” says Demir. “We have seen around 12,500 handovers during the first half, of which a majority were apartments, villas and town houses totalling 10,000 units. The rest were serviced apartments across Dubai.”

Demir says the increase in unit handovers this year reflects the developers’ reaction to the market. “We have seen many launches between 2013 and 2014, while property prices were climbing upwards, and those developments are now in the handover phase, says Demir. “When we analyse the past three-year period, project materialisation rate stands at 60 per cent. In other words, 60 per cent of the expected units at the beginning of the year will be added to the market. The rest will be delayed and the stock will be added to consecutive years.”

“As per our latest research, Dubai’s real estate supply is currently synced with demand when we consider a materialisation rate of 50-60 per cent and population growth rate at 6 per cent. If Dubai’s population continues to grow at a rate of 6 per cent a year, this means it can absorb around 20,000-25,000 units a year with the current conditions.”

Manika Dhama, senior consultant, strategic consulting and research at Cavendish Maxwell, says the housing demand in Dubai is influenced by white-collar population growth. “While this number has increased in absolute terms since 2014, the percentage contribution of this segment in total population has declined from 44 per cent in 2014 to 40 per cent last year,” says Dhama. “Meanwhile, housing stock has continued to increase over this period, with nearly 12,000-15,000 new units being added each year in freehold areas alone. The impact of increasing supply has had a more pronounced effect on rents, with 12-month declines averaging 3-4 per cent as of September.

“However, there are community-level differences in how demand stacks up against supply, and this incorporates factors such as household sharing ratios, migration trends, project handovers within the community, as well as lower-priced inventory entering the area.”

Citing figures from the Property Monitor supply tracker, she says that approximately 30,000 apartment units, 896 villas and 2,500 town houses are scheduled for completion next year. “The historical trends of handovers within each month reveal that the materialisation rate could be less than 50 per cent of the announced supply by the time 2018 ends.”

Some of the factors that cause project delays include financing issues, contractual disputes and other interruptions, says Dhama. “In response to the falling rents and prices, developers are now increasingly resorting to staggered delivery schedules to avoid swamping the market with new units, driving prices further down.”

On the other hand, handovers are based on factors including the financial strength of the developer to complete construction on time, regulatory documentation from the government and phased delivery by the developers.

“Handovers completed in first half of 2017 include projects that have been delayed from previous time periods and hence together with initially projected completions for this period, the total handovers appear higher than earlier years,” says Dhama. “Several stalled projects from 2013-14 or even earlier have now been able to complete, possibly as a result of project financing for the affected projects or off-plan sales.”

Here is the low-down on the top-performing communities this year.

Demir says around 7,500 units are expected to enter the market from Dubai Silicon Oasis (DSO) in the next three years. The place is preferred by mid-income families because of its location and its commercial and residential amenities.

“DSO is one of the top areas for rental returns. While average apartment gross yield in Dubai is around 7 per cent, investors in DSO can expect around 9 per cent return on the apartments. Existing supply is around 12,500 units and more than 60 per cent will be added in the next three years period. The area has around 90 per cent occupancy rate, hence, there is high absorption.”

The completed projects this year include four from Binghatti Developers, which added around 700 units, and Seven Towers, which added 1,000 units. Other private developers brought in about 1,000 units. “Around 3,500 units are expected to be handed over next year, if all the developers deliver in the announced timeline,” says Demir. “Key projects include Binghatti Stars and Vista, Topaz Residences, Arabian Gate and Serenity Heights.”

Tarun Amarmani, global property consultant at Gulf Sotheby’s International Realty, says that over 50 projects are scheduled for handover in Dubailand over the next 12 months. “Most of these are new phase developments of existing smaller communities,” says Amarmani. “For instance, in Mudon an additional 600 units are to be handed over in the first half of next year. Similarly, Damac, Liwan, Al Barari and Reemram will be handing over additional units within the community.”

Projects such as Vincitore Palacio and town houses, villas and apartments in Damac Hills are among the projects that were handed over during the year, he says. The community caters to both the low and high income individuals, offering them different options.

“The place offers good value for money for end users as it provides affordable housing and it’s well sized units also serve perfect for them,” says Amarmani. “The investors get high rental yields, as their capital investment is low. The community still has to undergo a lot of development, however, since the residential units are increasingly getting handed over in the area, retail spaces should be well planned and developed on time to accommodate the rising population and their needs and requirements in the community.”

Commenting on the occupancy rates, he adds that these are not very high but are decent as the community is still slowly developing. “The place covers a huge area, wherein few parts of the place are heavily occupied, and areas that are undergoing construction are more silent.”

Demir says there are 3,600 units in the pipeline in International City until the end of 2020, based on developer announcements. “International City is one of the most affordable communities compared with the rest of the city, with easy access to both Shaikh Mohammad Bin Zayed and Emirates Roads,” says Demir. “Occupancy level in this place currently stands at 91 per cent. The existing supply in this area stands at around 35,000. Hence, the 10 per cent increase in the supply this year is likely to be absorbed easily by the investors and residents. The projects that were completed and handed over this year included Warsan Village Townhouses by Nakheel and many other single buildings by private developers. The place offers 9.3 per cent gross rental yield, one of the best areas.”

Poon says 11 projects are expected to be completed next year, adding 4,832 new units in Downtown, with 27 per cent hotel and serviced apartments and 73 per cent residential units. Among the key projects will be The Address Residences Fountain Views and Sky View and Burj Vista by Emaar Properties.

“Downtown caters to large and nuclear families as well as executive working singles, and the place has an average occupancy rate between 80 per cent and 85 per cent,” says Poon. “All units delivered in the first half this year were under the hotel/serviced apartment category.

“The place was one of the best-performing residential markets in the city during the market upturn in 2011. Investing in a well-established master community like Downtown provides certainty and security.”

The area itself is a recognised brand with iconic structures such as the Burj Khalifa and the recently opened Dubai Opera. “By the end of 2021, all of Emaar’s flagship developments in Downtown will be completed, which is predominantly the completion of this mega master community,” says Poon. “This is an indication that the demand for property will only be on the up.”

Citing the Property Monitor, Dhama says more than 2,000 apartments and about 1,000 hotel rooms are expected in Business Bay next year. Some of the major projects to be completed next year include Damac Towers by Paramount, MajestineAlure with serviced hotel apartments, Marquise Square Tower, The Pad by Omniyat and Moon Tower by Arabia.

“Since the master developer, Dubai Properties, began selling plots in Business Bay to private developers in 2005, this community has emerged as one of the core business districts of Dubai,” says Dhama. “Investors can avail of several types of properties ranging from residential, commercial, hospitality and mixed use. Also, this community is located right off Shaikh Zayed Road, close to the airport, the Dubai International Financial Centre and Downtown Dubai, which has helped maintain stable investment yields.”

There are still undeveloped plots closer to the canal. “Occupancy rate in this area varies by building, with better-maintained buildings operating at more than 85 per cent occupancy,” says Dhama. “However, with the upcoming supply, these could also come under pressure. The place has a variety of stock available, both for residential and office units. This variation thus creates a disparity in overall occupancy and demand levels, with healthy demand levels being maintained for better-managed buildings as opposed to occupancy pressure for grade B stock.”

An emerging community with competitive prices, Jumeirah Village Circle (JVC) continues to evolve with its infrastructure is still under development. “Over 600 units have been handed over in JVC as of the third quarter. These include Al Yousuf Towers, Park Square and Pantheon Boulevard, among other projects from private developers,” says Dhama.

While a significant number of projects are still under development, existing infrastructure and community facilities, as well as proximity to locations such as Dubai Marina, Jumeirah Lakes Towers and Jebel Ali, “make JVC a popular location for renting and hence it usually tops the off-plan market activity tally,” says Dhama.