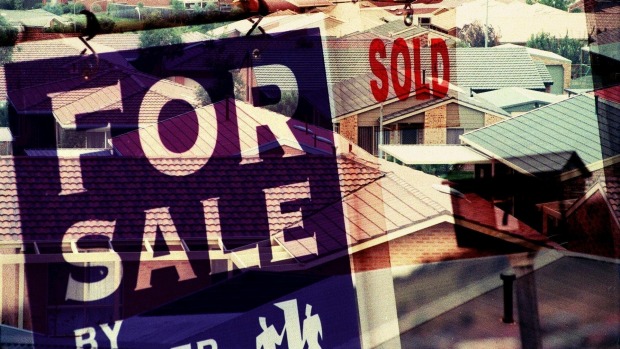 Brigitte Blackman, a real estate agent in inner Sydney, says her property listings have slumped 20 per cent from a September peak, and the phones at her Potts Point office are no longer ringing off the hook.
As Australia barrels towards an election on July 2, political uncertainty is weighing on the nation’s $6.4 trillion housing market. With tax proposals from the government and opposition muddying the outlook for house prices, sellers are choosing to sit on the sidelines.
“We are feeling the lack of supply as vendors baulk at the uncertainties,” said Ms Blackman, an 18-year industry veteran. “A lot of variables are in play, starting with the election.”

Ms Blackman’s experience is typical as the property market takes centre stage in the campaign. New listings in Sydney dropped 3.6 per cent in the four weeks to May 15 from a year earlier, according to data from CoreLogic Inc. Even the lowest central bank rates on record are failing to translate into investor confidence, with the median dwelling price in the nation’s largest city falling 3 per cent from a November peak of $805,000.
Negative gearing
At the heart of the closely fought eight-week campaign is the Labor Party’s pledge to end a tax break for property investors that has helped fuel a 50 per cent rise in prices in Australia’s capital cities since the end of 2008. About 1.2 million Australians use the perk, known as negative gearing, and deduct the costs of owning a rental property, including mortgage payments, from their taxable income.
Labor wants to limit the tax break to investments in new homes, saying it will spur construction and allow more first-home buyers into the market. It also plans to curb a discount on capital gains tax paid when a property is sold. Prime Minister Malcolm Turnbull says Labor’s policy would deliver a “reckless trifecta” of lower home values, higher rents and less investment, and is pledging to retain the tax break.
The result of the election is far from certain. A Newspoll published on May 9 gave Labor a 51 per cent to 49 per cent lead over Turnbull’s coalition on a two-party preferred basis. The opposition would need to gain a uniform swing of about 4 per cent to win enough seats to form government.
Weighing on confidence
“Housing is getting a lot more prominence in the election campaign than it has previously,” David Cannington, a senior economist at Australia & New Zealand Banking Group, said by phone. “The election uncertainty certainly weighs on consumer confidence and home buyer sentiment and that along with softness in the market is having an effect.”
Government tax proposals announced in the May 3 budget are also creating uncertainty and may see investor demand for property increase.
Treasurer Scott Morrison wants to reduce tax concessions for the wealthiest Australians saving for their retirement. From July 1, 2017, anyone earning over $250,000 would pay 30 per cent tax on their so-called superannuation contributions, double that paid by lower income earners. The higher rate currently only affects those earning above $300,000.
The government also wants to cap at $500,000 the amount people can funnel into their retirement savings at a non-concessional tax rate.
Pushed into property
The changes proposed in the budget may push wealthy Australians to increase their property investments, according to Credit Suisse Group.
“The budget will mean less money into the Australian pension pool,” Credit Suisse’s Sydney-based equity strategist Hasan Tevfik said in a note to clients. “We suspect the changes to superannuation will mean less money in equities and relatively more in property.”
Whilst vendors are sitting tight, the number of homes sold at auction is holding up as buyers chase fewer properties. Auction clearance rates in Sydney have recovered to above 70 per cent this year after dropping below 60 per cent in November, according to CoreLogic, while the measure nationally has held steady near 70 per cent. Median dwelling prices in Sydney, which fell as low as $740,000 in March, recovered to $780,000 in April.
Ms Blackman, a director at LJ Hooker, isn’t alone in seeing the number of properties being offered for sale fall. McGrath Ltd, the country’s only publicly traded real estate agency, in April cut its full-year 2016 earnings forecast less than six months after its debut on the stock exchange, citing a decline in new sales listings.
“Sometimes politics and tax shocks can have an outsized effect on the property market,” said Nigel Stapledon, head of real estate research at the University of NSW business school and a former chief economist at Westpac Banking Corp. “The market was heading toward a period of weakness after the strong run and when you overlay such uncertainties, it adds to the slowdown.
Read more: http://www.smh.com.au/business/property/election-2016-sydney-house-market-stalls-as-poll-jitters-sideline-sellers-20160518-goyjkg.html#ixzz49NS7GKlw