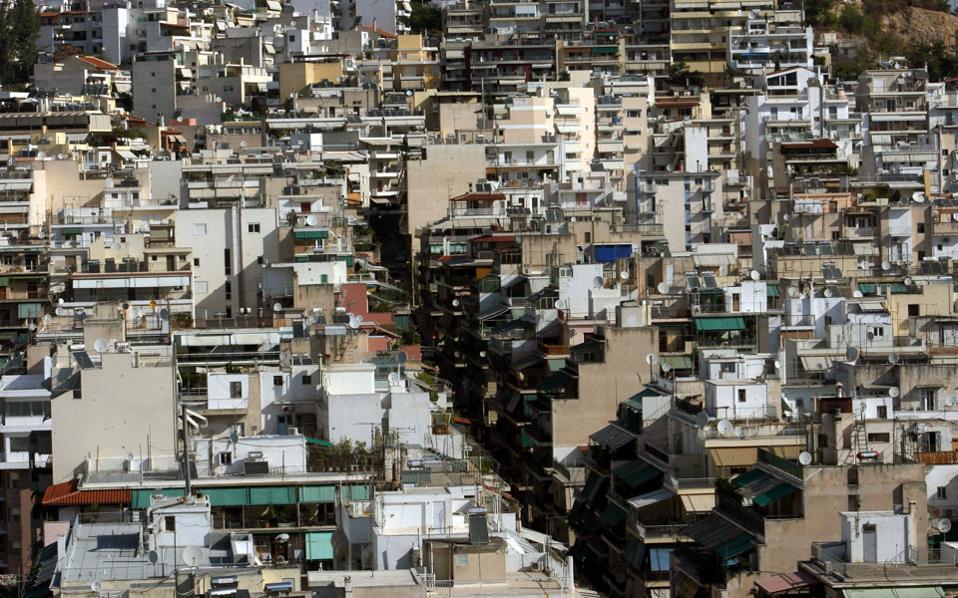 Property prices in Greece may have plunged in recent years, but a comparison with other crisis-riven countries in the eurozone suggests that the market has some distance to slide yet before it bottoms out.

Data from the World Bank, the International Monetary Fund and the SNL Financial property service company show that compared to other countries that have faced similar economic problems – i.e. Ireland, Spain and Cyprus – the ratio of the drop in property prices to the decline of gross domestic product is smallest in Greece.

From 2007 to the end of 2014, the Greek GDP posted a contraction of 26 percent, while residential property prices declined 30 percent and those of commercial properties fell 36 percent. At the same time, in Ireland, house prices declined 46 percent while its economy contracted by just 16 percent. In Spain the GDP slide was 6 percent from 2007 to 2014, while home prices slumped 42 percent. Cyprus endured a 5 percent drop in GDP (which took place from mid-2012 to end-2014, as GDP expanded in the 2007-11 period)while property prices shrank 27 percent from mid-2012 to 2014.

This comparison suggests that those property sector professionals who insist that the market has yet to bottom out and that prices remain relatively high, especially when compared to the purchasing power of households, might just be correct.

In a recent monetary policy report, the Bank of Greece noted that the total decline in residential property sale prices from 2008 to the third quarter of 2015 reached 41 percent across the country, rising to 43 percent in Athens and Thessaloniki. The central bank added that a further drop is to be expected, as the stabilization of the market would be associated with a rise in households’ disposable incomes, an increase in employment and an improvement in financing conditions.

BoG data have shown that pressure continued on prices in 2015, albeit not as heavy as in 2014, as prices fell 5 percent year-on-year in the January-September 2015 period, against a 7.5 percent drop in the whole of 2014.