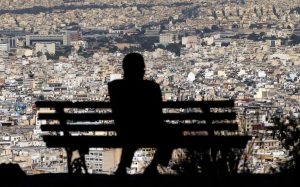 The Greek property market showed the first signs of recovery in the last quarter of 2017, moving up the charts of countries surveyed by the Global Property Guide and Knight Frank.

According to the Global Property Guide’s annual price index, Greece now ranks 39th among 45 countries surveyed, while at the height of the economic crisis it had dropped to the bottom of the chart.

In the October-December 2017 period, residential property values declined by just 0.3 percent on an annual basis, after a 1 percent drop in the final quarter of 2016. Even more encouraging is the fact that prices grew 0.2 percent in Q4 last year on a quarterly basis, which was the first increase since 2008.

Greece’s performance means it has leapfrogged markets such as that of Switzerland, which posted a decline of 1 percent on an annual basis in Q4 2017. Globally, Iceland is the leader with a 15 percent jump in values, while Qatar ranks bottom with a 10 percent contraction.

The same conclusion can be garnered from property service company Knight Frank’s survey: Greece found itself in 51st spot among 59 countries, above states such as Italy, Poland, Finland and Russia. According to Knight Frank analysts, the Greek market appears to be heading up, which is also illustrated by the quarter-by-quarter rate: This report showed 0.5 percent growth in the last three months of 2017 from Q3.

The two reports confirm estimates that the declining cycle has come to an end, having recorded a total price drop of 42 percent from 2008 to 2017. Areas of high tourism interest saw a decline of 38 percent, but in Athens rates fell 44.2 percent, and Thessaloniki fared worst, with its prices shrinking 46.3 percent.

In its annual report, the Bank of Greece said a stabilization in prices is expected this year as a result of the improvement in economic sentiment and expectations, the economy’s return to growth and the completion of the third bailout review.

The central bank did stress, however, that chronic problems such as property taxation, bureaucracy and difficulty in access to public information continue to hamper the local market’s rebound.