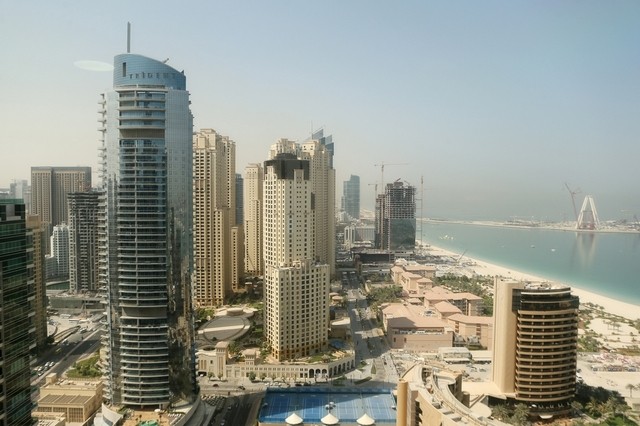 Dubai’s residential property market is showing signs of plateauing after about 18 months of price decline.

New figures from the consultancy ValuStrat show that there was “no significant change” in values of apartments and villas in the 26 areas that it monitored in December. It said that its ValuStrat Price Index remained constant at 97.9 – the first time that no monthly change has been recorded since the current market correction began in mid-2014. The Index compares prices from a 100-point base that was set in January 2014.

The ValuStrat research manager Haider Tuaima said that the pace of decline in its house price index had started to slow early in 2015, and for the past few months the change in values registered had been negligible, indicating “a plateau in prices”.

“Some might suggest that this is a bottoming out of the market and the only next step is for values to go up,” he said. “We’re not saying that at the moment, but it seems the signs are indicating that we’ve reached a predictable stage of the market. If all other economic factors are the same, we are assuming it will stay this way for the next three to six months.”

Ahmet Kayhan, chief executive of the real estate data specialist ReidIn, said that its figures also showed that price declines were coming to an end. Its latest data shows a 2 per cent fall in prices during the three months to December, but Mr Kayhan told The National that apartment prices started to turn in October 2015, registering their first increase in 13 months. Villa prices continued to fall for another couple of months, but they also plateaued in December.

“The main reason around that is the rental yield,” said Mr Kayhan. “Yields have come to a level which is making the market really, really attractive [for investors].

“When you look at the yield numbers right now, you’re looking at 7.5 to 8 per cent for the general apartment market. And you’ve got 9 to 10 per cent for smaller units and more affordable property in places like Discovery Gardens, International City and B-type units in JLT.”

Meanwhile, Dubai Land Department (DLD) said that the value of real estate transactions registered in the city increased by 8 per cent in 2015 to Dh267 billion.

Sales of land and buildings made up 49 per cent of the total, with more than 48,000 transactions adding up to Dh130bn of deals. That means the number of deals done increased by 26 per cent when compared with last year’s published figures, while the value of deals increased by 16 per cent.

The DLD director general Sultan Butti bin Mejren said that the figures prove Dubai’s real estate market “is able to continue to attract investors from around the world, which means that it is likely to maintain sustainable growth for years to come”.