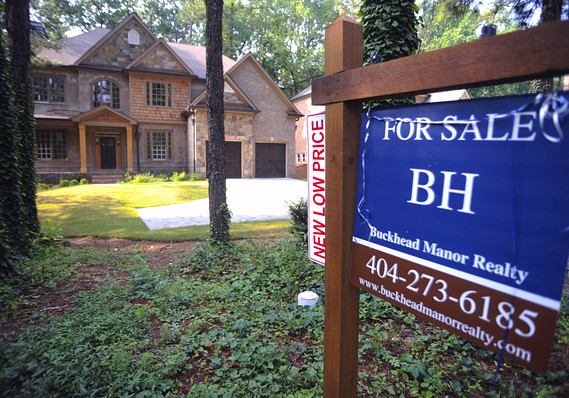 Sales of existing homes ran at a seasonally adjusted annual rate of 5.36 million in October, the National Association of Realtors said Monday. That was down 3.4% from 5.55 million in September, a level which marked the second-best in eight years. Sales were 3.9% higher compared to the same period a year ago.

Inventory remained lean. There were 2.14 million homes available for sale, or 4.8 months at the current sales pace, NAR said. That’s well below the long-term average of 6 months.

Declining inventory is “disturbing,” said NAR’s chief economist, Lawrence Yun. “Once we reach the spring buying season we may be faced with an inventory crunch.”

It’s also driving prices higher. The national median home price in October was $219,600, up 5.8% vs. a year ago. Sales declined the most in the South and West, the regions with the biggest price gains, NAR said, and were unchanged in the Northeast, the region that saw prices rise the slowest.

Distressed sales made up just 6% of all sales, the lowest since 2008. Yun said he expects that share to continue to fall as the impacts of the housing crash recede.

First-time homebuyers made a slight comeback in October, making up 31% of all purchases. That was up a bit from 29% in September but still well below the historical average of 40%. First-timers are considered key to a healthy housing market because they represent new demand.

It’s not clear whether that represents a change in trend or just a one-month blip, Yun said.

There are two “opposing forces at work” in the housing market, he said. Affordability, driven by tight supply, is restraining demand. That won’t be helped by higher mortgage rates if the Federal Reserve raises interest rates, as it’s suggested.

But housing is benefitting from other tailwinds. As prices rise, that’s helping existing homeowners to trade up. Credit standards are loosening a bit, offering access to other potential buyers. Homebuilders may be starting to break ground on more homes.

And the biggest support is “jobs, jobs, jobs,” Yun said.