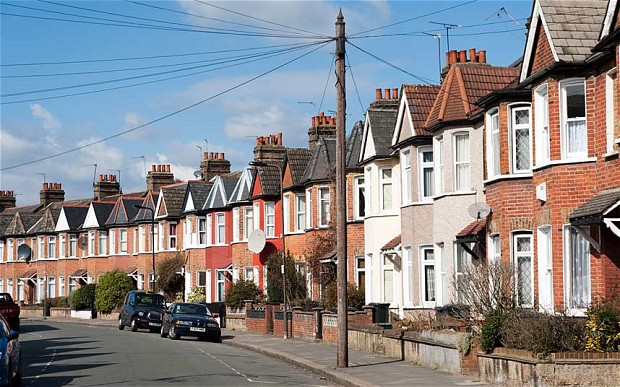 House prices in the first quarter of 2015 were 2.6pc higher than the final three months of last year, as consumer confidence grows and interest rate rises still seem a far off reality.

The Halifax’s house price index, released this morning, gave an early indication that the stagnant housing market, which slowed to a standstill at the end of 2014, has started to move.

The quarterly rate of change increased for the third consecutive month and is now a similar rate to last September prior to the marked, seasonal slowdown seen over Christmas – apart from a small surge in transactions when the Chancellor forced through his stamp duty reform in December.

According to the Halifax, house prices dropped 0.4pc in October and again in February, but have now nudged up 0.4pc to £192,970 and are expected to gather momentum after the general election.

The householder has felt richer of late enjoying falling food and petrol prices.

This combined with historically low interest rates and an increase in people’s pay packets has boosted consumer confidence which should at least mean prospective home buyers are starting to either think about trading up or getting on the housing ladder for the first time.

“The rising level of house prices in relation to earnings should, however, curb house price growth and activity.”

Frenetic house price growth last year, to be expected after a recession, especially in a market where sentiment was boosted by Government intervention in the shape of the Help to Buy shared equity and loan guarantee schemes, took Britain’s annual growth rate to its 2014 peak of 10.2pc in the 12 months to July.

This annual growth rate has incrementally slowed since the summer, with a pronounced dip over Christmas, a seasonal trait of the market, dropping from 8.5pc in the 12 months to January, 8.3pc in the year to February and 8.1pc in March.

The only way is up (albeit slowly)

However, analysts at IHS Economics have predicted that this is the turning point in a rather sluggish housing market spooked by the uncertainty of the general election and impacted by falling demand in high-end London – where tax anxiety has been amplified this week by Ed Miliband’s latest pledge to crack down on overseas property owners.

“We suspect that the weakening of housing market activity has now bottomed out and we see it gradually picking up over the coming months,” said Dr Howard Archer, chief economist.

“This suspicion is reinforced by a third successive rise in mortgage approvals for house purchases in February reported by the Bank of England.”

Mortgage approvals had previously retreated for five successive months to November’s low from 66,181 in June and a 74-month high of 75,453 in January 2014.

Traditionally transaction levels pick up in the four months before a general election, according to analysis by the estate agent Hamptons and the broker, Jefferies. House prices then spike after the result has been announced.