House prices fell in England for the first time in seven years in the first three months of 2019, dragged lower by the traditional property hotspots of London and the south-east in a sign that Brexit turmoil is putting off buyers.

Prices fell 0.7% in the first quarter, compared with the same period in 2018, taking the average price of a home in England down to £255,683, according to the mortgage lender Nationwide. 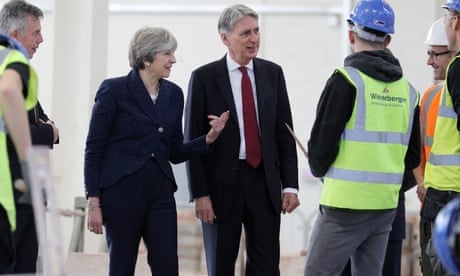 The biggest drag came from London, where an annual price fall of 3.8% in the three months to March was the biggest since the UK was in the depths of the financial crisis a decade ago. It was the seventh consecutive quarter of falling prices in the capital, with many homebuyers unable to afford a house after a run of strong price rises in previous years.

London prices have also been hit by a higher rate of stamp duty on second homes, which has dampened buyer appetite. Meanwhile, international buyers traditionally attracted by the property market in the capital are being deterred by Brexit uncertainty, according to analysts.

The latest Nationwide report suggested Brexit uncertainty and the effects of a weaker London market are starting to ripple through to the wider south-east, where prices fell by 1.1% in the first quarter of 2019, compared with the same period a year earlier.

Jonathan Hopper, the managing director of Garrington Property Finders, said the traditional spring bounce in the housing market was “nowhere to be seen”.

He said: “The Brexit handbrake is being ratcheted ever tighter in the south-east. With prices in the capital now falling at their fastest rate for a decade, London’s seven successive quarters of declining prices can no longer be dismissed as a brief correction.”

Robert Gardner, the chief economist at Nationwide, said the housing market in the UK overall was subdued in March, with average prices 0.7% higher than the same month last year at £213,102.

“Measures of consumer confidence weakened around the turn of the year and surveyors report that new buyer inquiries have continued to decline, falling to their lowest level since 2008 in February,” Gardner said.

Despite the fall in London house prices, the capital remains the most expensive place to buy a property by some margin, with average prices of £455,594 more than twice the national average.