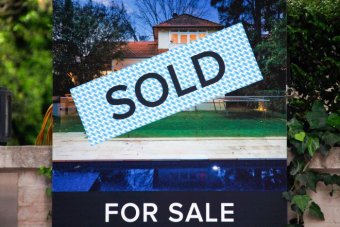 House prices in Australia’s two biggest capital cities are between 25-30 per cent overvalued, according to a leading economist, but he only expects a 10 per cent fall.To come to that conclusion, Paul Dales from Capital Economics has done the numbers on what houses should be worth.

Many analysts look at house price to income ratios to determine whether real estate is overvalued.

On a simple version of that measure, Mr Dales said Australian house prices would need to fall by an average of 38 per cent to get back to fair value — worse than the 30 per cent US property price plunge during the global financial crisis.

However, he noted that this measure does not take into account the long-term lower level of interest rates and therefore the bigger amount people can comfortably borrow and the lower rental returns investors demand.

When you calculate a “normal” house price to earnings (HPE) ratio factoring in these changes, you get 4.6 as the result.

But it is not all good news.

The current HPE ratio nationally is 5.8, which means property prices would need to fall an average 20 per cent to get back to long-run norms.

The news is far worse in Sydney and Melbourne, where the HPE ratios are about 7 and 6.5 respectively — that means a fall of almost 30 per cent is required in Sydney, and more than 25 per cent in Melbourne, to return to historical fair value levels.

Not that this is what Mr Dales is expecting.

“Our view is that prices in Sydney and Melbourne will broadly stagnate or fall modestly over the next two years and that prices won’t fall significantly until the RBA starts to raise interest rates, which might not happen until late in 2019,” he wrote in his note.

“Thereafter, prices in both capital cities may fall by around 10 per cent.”

Why markets that are between 25-30 per cent overvalued will only fall 10 per cent is not explained in this note, but Mr Dales promises more analysis soon.

“What actually happens to prices in those cities will also come down to future changes in lending standards, changes in demand at home and from overseas, and the extent to which lending standards have been compromised over the past decade,” he observed.

“These are topics that we will tackle in more detail in the near future.”

When it comes to lending standards, a recent survey by investment bank UBS provided evidence that things have not improved over the past few years, despite a bank regulator crackdown on risky lending practices.

The UBS study found that up to a third of new mortgages were based on false or inaccurate information — that equates to around $500 billion in home lending.

Prices near fair value outside Sydney and Melbourne

The good news for those outside Sydney and Melbourne is that the worst problems appear to be confined to Australia’s two biggest cities.

“Our analysis suggests that while housing is overvalued in almost every city, it’s not quite as overvalued as some analysts have suggested and the risks are concentrated in Sydney and Melbourne,” Mr Dales observed.

Mr Dales said house prices might need to drop 5-10 per cent in Hobart and Brisbane, and around 5 per cent in Canberra and Adelaide, to get back to more normal levels.

However, Perth’s pain over recent years has seen its house prices fall back to fair value, according to Mr Dales, while Darwin is now almost 5 per cent undervalued.