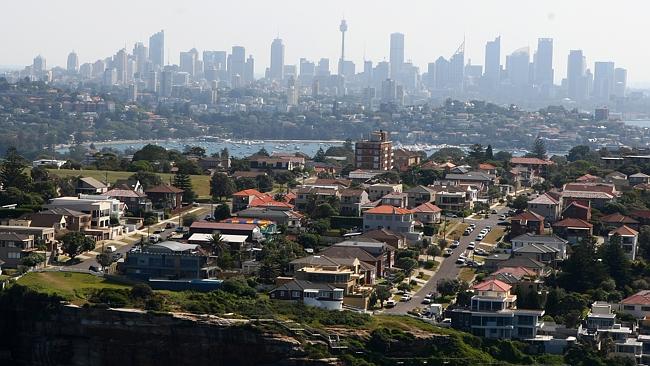 The Reserve Bank of Australia is likely to keep cutting interest rates as the need to support the economy leaves policy makers willing to stoke a housing boom, according to Goldman Sachs Asset Management.

With debt yielding little or nothing after consumer price gains, investors will increasingly look to other asset classes such as property or equities, said Philip Moffitt, head of Asia-Pacific fixed income at the Goldman Sachs unit, which oversees $US1 trillion. Swaps markets show the RBA is likely to cut interest rates at least once more from an already record low level and government bond yields out to six years are now below 2 per cent, the lower end of policy makers’ inflation goal.

RBA Governor Glenn Stevens has succeeded in pushing home prices to record highs in some cities and driving down shorter-term bond yields in an effort to revive “animal spirits” among businesses. He’s signalled further easing is possible amid a drop in mining investment, plunging commodity prices, unemployment near a decade-high and a currency above its historical average.

“The most obvious and direct beneficiary of this environment will be continued real asset appreciation, particularly houses because they’re easy for people to buy, it’s easy to transact and it’s visible and tangible,” Moffitt said in an interview in Sydney on March 17. “It seems to me that the RBA has just accepted that a strong housing price move is an acceptable consequence, it’s the lesser of two evils basically.”

The pace of Australia’s economic expansion dropped to 2.5 per cent at the end of 2014 and consumer price inflation weakened to 1.7 per cent.

“The economy is growing, but has been somewhat slower than we would have liked for a while,” Stevens said in a speech on Friday. The RBA “will continue to lend what support it can, within the limits of its powers and consistent with its mandate,” he said.

House prices have climbed 21 per cent since the end of 2011, just after the RBA began cutting interest rates, according to government data. Prices in Sydney, the most populous city, increased 37 per cent over the period.

The RBA noted at the time of its most recent policy decision the strength of the Sydney market and that “trends have been more varied in a number of other cities over recent months”.

While the central bank is working with other regulators to assess and contain housing risks, it said that “further easing of policy may be appropriate over the period ahead”.

Swaps markets are pricing in another rate reduction by June with a better than 50 per cent chance that it will come as soon as next month, according to data compiled by Bloomberg. There’s 55 per cent odds the RBA rate will be 1.75 per cent in September, the data show.

“Last year we were fighting the housing market, worried about whether it was a boom or a bubble,” said Moffitt. “Now it’s like: it’s in Sydney, it’s a problem, but we just have to live with it, we’ve got to make more houses.”

He predicts the RBA will probably cut one more time, although it could do more if the currency rises and less if it depreciates. While the Australian dollar has dropped 15 per cent over the past year to U76.85¢ as of 5pm in Sydney on Friday, the RBA has continued to express concern that it’s too strong.

The central bank’s unprecedented monetary easing helped push the yield on three-year government bonds to touch an all- time low of 1.73 per cent last week, and Moffitt predicts that it could go down to 1.5 per cent.

The yield on longer-maturity debt has also dropped to records this year, with the premium over similar-dated US securities compressing as the Federal Reserve contemplates when to start lifting benchmark costs. The Australian 10-year note yielded 2.38 per cent at the close of trading in Sydney last week. The gap over Treasuries touched 0.38 percentage point on March 19, the least in almost 14 years. Moffitt said that differential could fall below zero.

“What we noticed with our global investor clients probably two years ago was that they started to look for alternative ways for money to be managed as the yield structure came down,” he said. “It’s now happening here. Australia had been a bit isolated from that.”