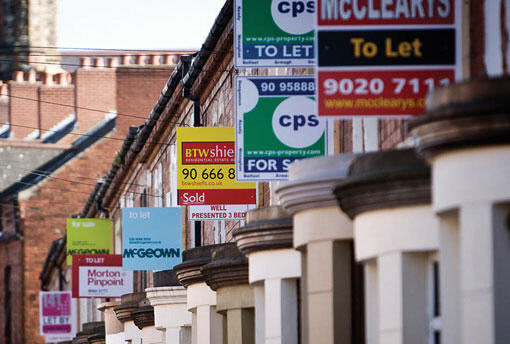 House prices in the UK increased by £10,000 in the last year on average, according to official figures, with estate agents warning that affordability of houses is reaching “crisis point”.

On a month-by-month basis, house prices were up nearly £2,000 on average.
Although the speed of growth has marginally slowed, with house prices increasing by 4.9pc in the year to June compared to 5pc in the year to May, the ONS said growth had remained flat in 2017 at around 5pc.
Paul Smith, chief executive of the UK’s largest independent estate agent, Haart, which is based mainly in London, said the rise in prices had caused a 20pc drop in first-time buyer registrations in its branches in the last year.

“Along with consumer price hikes and falling wage growth, unaffordability is reaching crisis point,” he said.

The biggest rise was in the east of England, where average prices climbed 7.2pc to £286,623. There was similar growth, of 7.1pc, in the East Midlands.

Prices in the North East saw the smallest annual growth, at 2.5pc, while prices in London were up 2.9pc over the year.

“There has been much reflection about the 10-year anniversary of the global financial crisis and housing market performance over this period highlights the disparate performance across different parts of the UK,” said Richard Snook, senior economist at PwC.

The ONS figures, which tend to lag behind data from lenders such as Nationwide, is based on transactions recorded by the Land Registry.

The statistics follow a separate report from the Royal Institution of Chartered Surveyors last week, which found market activity was grinding to a halt as London and the South East pulled down the national trend.