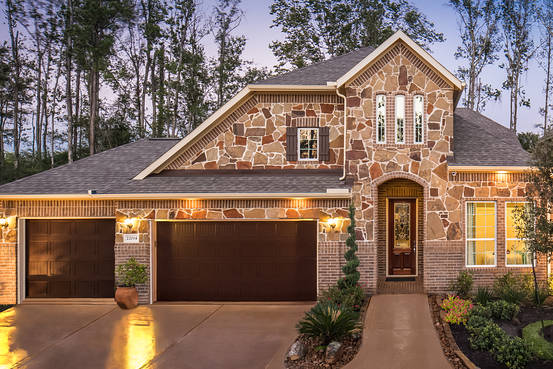 A home constructed near Houston by Meritage Homes Corp.

Many economists and analysts expect Houston’s housing market, the nation’s hottest in recent years, to slow markedly this year due to depressed oil prices. The thing is, Houston isn’t cooperating so far.

Several major home builders reported this week that their sales in Houston ran the gamut in the first quarter, from flat in comparison to a year ago, to up sharply, to down a bit. Commerce Department figures show that Houston’s residential construction slowed in the first quarter to a 2.2% year-over-year gain from an 8.6% gain in the previous year. Still, it’s not the outright decline that some were expecting. 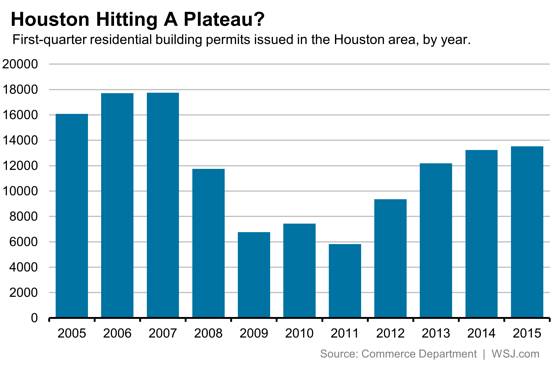 “It’s a little bit of a concern out into the future,” Allan Merrill, chief executive of Beazer Homes USA Inc.BZH +3.08%, said of the builder’s Houston sales on a Thursday conference call. “But the current results and the current environment have stayed pretty robust.”

Meanwhile, Houston’s existing-home market showed resiliency in March, registering a 3.6% increase in completed sales from a year ago and a 30.6% spike in pending sales.

Why is the energy hub’s housing market holding up so well, even as oil prices have fallen by more than 40% in the past year? Part of it is that Houston’s economy is more diversified than during previous oil-price crashes, with more local jobs now in sectors such as health care and technology. But another likely factor is a time lag. In short, real estate often is such a lagging indicator that it takes a year or more for economic shocks to fully register in home-sales volumes and prices.

Several economists have predicted that Houston home construction will decline by roughly 10% or more this year from 2014 levels. Goldman Sachs & Co. analysts this week forecast that the combination of depressed oil prices and the appreciating dollar stands to sap Houston’s construction growth by 24% and home-price appreciation by 6.6 percentage points this year.

Yet first-quarter results don’t show it. James Gaines, a research economist at Texas A&M University’s Real Estate Center, said last quarter’s sales of existing homes in Houston were 4% greater than a year earlier and prices rose by 7% to 8% in that span.

“I think it is taking some time for the impact of lower oil prices and rig count to be felt in the larger markets,” Mr. Gaines said.  But in smaller markets, like “Midland, for example, sales were down from last year by more than 26% and prices were down 1.1% in the first quarter,” he said.

Builders painted a sometimes-conflicting picture of Houston in the past two weeks. D.R. Horton Inc., the largest U.S. builder by home closings and a specialist in less expensive homes, reported that its Houston sales in this year’s first three months were “pretty much in line” with the 33% year-over-year gain in its South Central Texas region.

PulteGroup Inc. said its Texas sales were down 5% from a year ago. “Specific to Houston, signups in the quarter were flat with the prior year,” Pulte CEO Richard Dugas said on an April 23 conference call. “Demand slowed as the quarter progressed, particularly at the higher price points.”

Meritage Homes Corp. said its first-quarter sales in Houston were “consistent” with last year. “We have yet to experience the steep falloff in demand that many people fear with lower oil prices,” Meritage Chief Operating Officer Phillippe Lord said on an April 23 conference call.

Ryland Group Inc. reported an 11% decline in sales in Houston in the first quarter, but the builder explained that some of that dropoff is because it is building in fewer communities there now than a year ago. “Houston did slow down a bit, but I do feel that Houston has stabilized and we’re seeing better activity there,” Ryland CEO Larry Nicholson said Thursday.