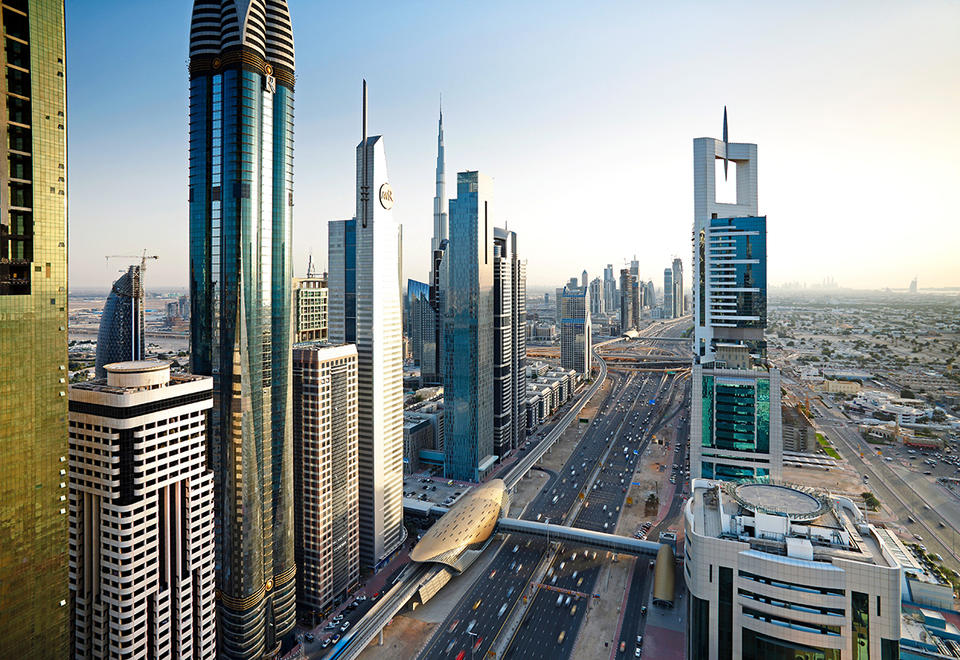 Dubai’s real estate market remains fairly priced compared to other major cities in the world after seeing six years of falling values after reaching a peak in 2014, according to new research.

The UBS Global Real Estate Bubble Index 2020, a yearly study by UBS Global Wealth Management’s Chief Investment Office, indicates bubble risk or a significant overvaluation of housing markets in half of all evaluated cities around the world.

The Eurozone stands out as the region with the most overheated housing markets. Munich and Frankfurt top the ranking, with Paris and Amsterdam closely following.

By comparison, prices in Dubai are fairly valued, UBS said, adding that the market is likely to see a rebound in the mid- to longer-term.

Ali Janoudi, head of Middle East and Africa at UBS Global Wealth Management, said: “Dubai’s property market has reached a cyclical low. Since the last peak in 2014, prices have fallen. What we’re seeing is that positive price effects of high population growth and easier mortgage regulations are being offset by ongoing high supply growth and weaker oil prices.

“However, Dubai’s real estate market is cyclical and we believe that mid-to longer term, the housing market will recover as the city remains a very attractive hub for financial services and many other industries.”

Despite the coronavirus pandemic, housing markets have remained resilient in the first half of 2020, according to UBS. 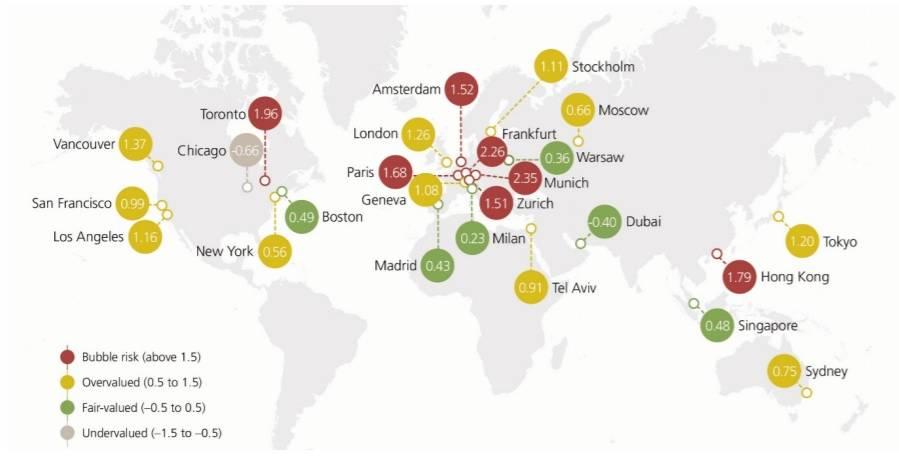 The study cites three main reasons for this outcome.

First, home prices are a backward-looking economic indicator and are only able to reflect an economic downturn with a certain delay.

Second, the majority of potential home buyers did not suffer direct income losses in the first half of 2020. Credit facilities for companies and short-time work schemes mitigated the fallout from the crisis. 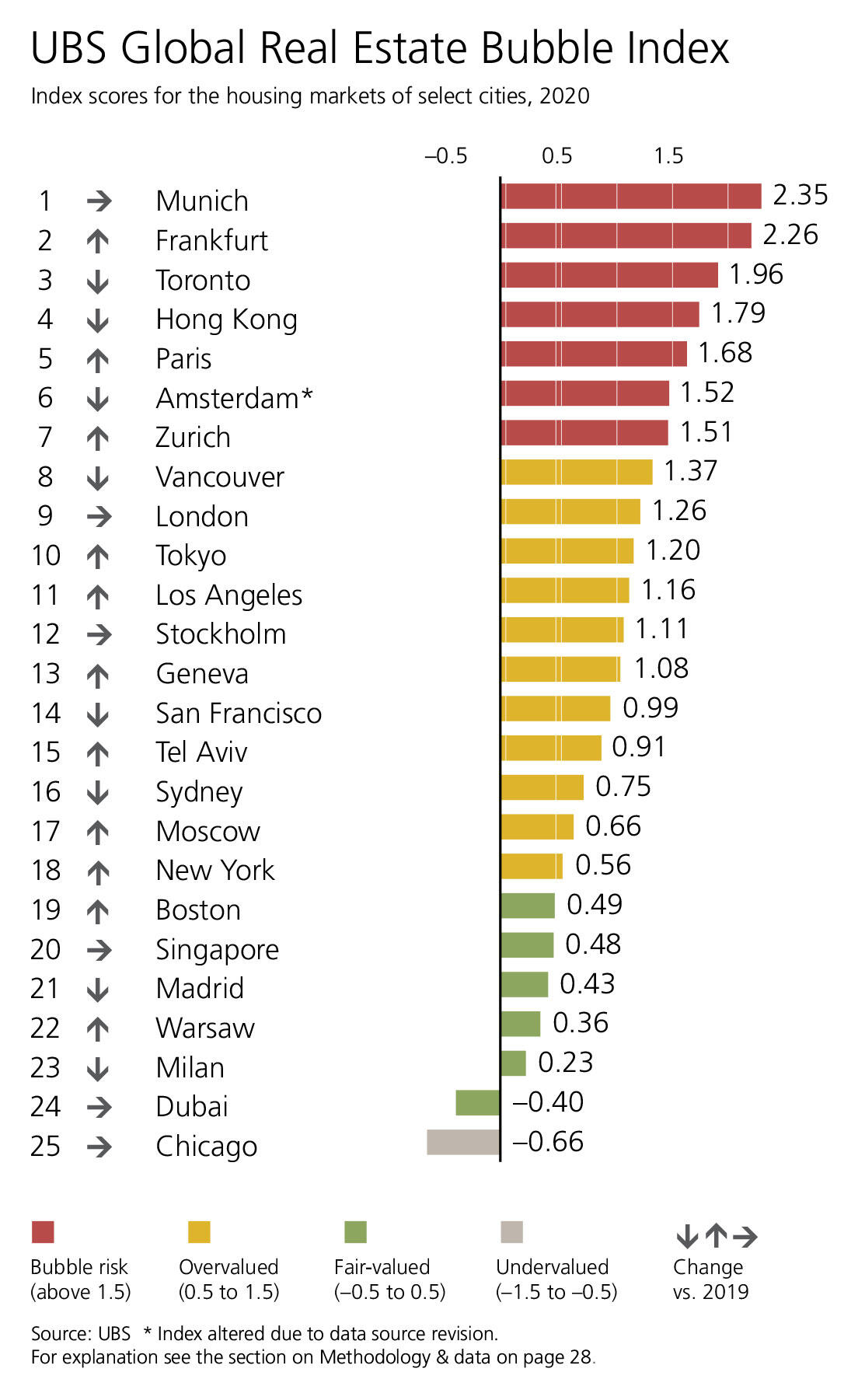 Mark Haefele, chief investment officer at UBS Global Wealth Management, said: “It is uncertain to what extent higher unemployment and the gloomy outlook for household incomes will affect home prices. However, it’s clear that the acceleration over the past four quarters is not sustainable in the short run.

“Rents have been falling already in most cities, indicating that a correction phase will likely emerge when subsidies fade out and pressure on incomes increase.”

High market valuations and an uncertain short-term outlook are bringing the longer-term trajectory of city housing into focus.

On the one hand, the key appreciation drivers of urban housing – superior employment opportunities and amenities, low financing costs, and limited supply growth – remain in place. On the other hand, the pandemic seems to be accelerating a shift of population growth from cities to the wider metropolitan areas.

On average, inflation-adjusted price increases have accelerated in the last four quarters. In many European metropolitan areas, prices soared by more than 5 percent, with Munich, Frankfurt, and Warsaw leading the way. Price growth in the Asian and American cities, with the exception of Sydney, remained in a low-to-mid single-digit range. 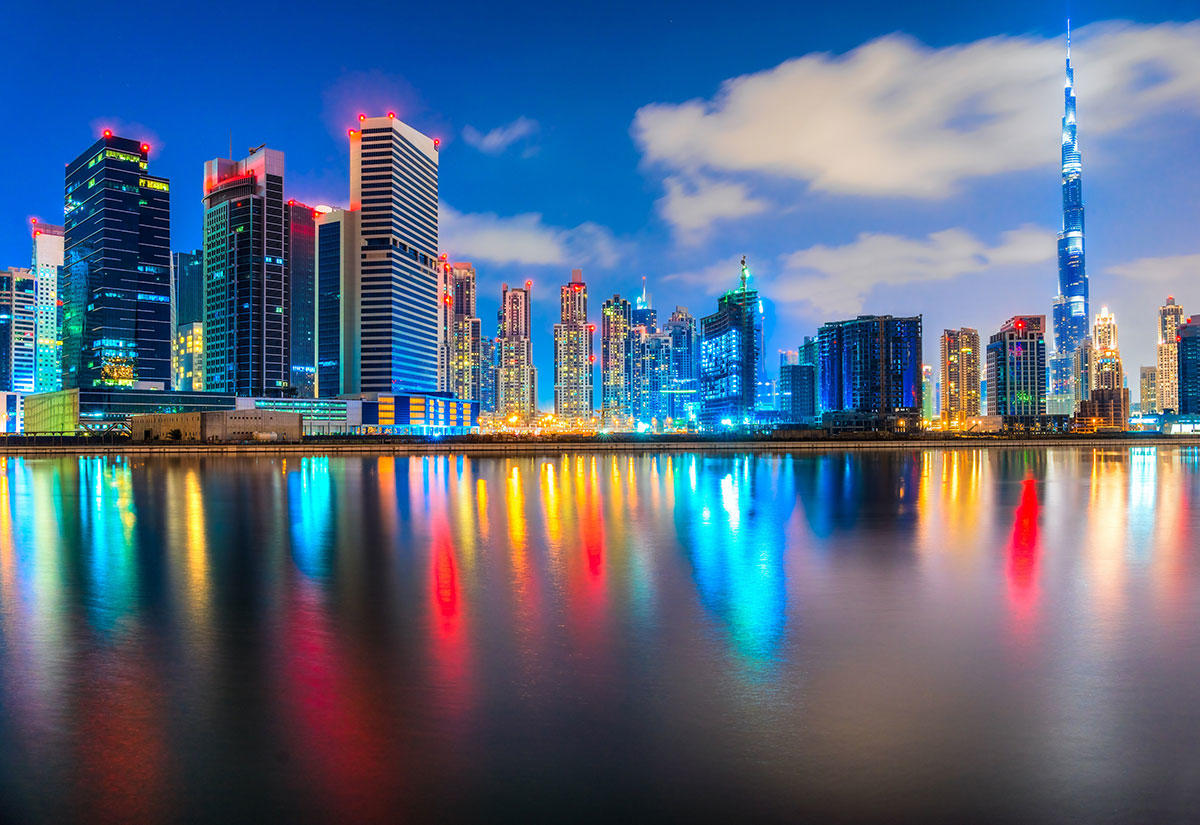 Dubai, Madrid, San Francisco and Hong Kong are the only cities that saw a decline in prices. This is the lowest number of cities experiencing negative price growth since 2006.

Claudio Saputelli, head of Real Estate at UBS Global Wealth Management’s Chief Investment Office, said: “The rise of the home office calls into question the need to live close to city centres. Pressure on household incomes cause many people to move to more affordable suburban areas. Moreover, already debt-ridden or economically weaker cities will have to respond to this economic crisis with tax increases or public spending cuts, neither of which bode well for property prices. Taken together, these factors amplify some longer-term uncertainties surrounding urban housing demand.”

Separately, a research note from Data Finder, the insights and data platform under the Property Finder group, said on Thursday that September has reinforced that the Dubai real estate market is in a full V-shaped recovery.

Lynnette Abad, director of Research & Data at Property Finder, said: “There has been quite an array of interesting dynamics in the Dubai real estate market these past few months. We have low supply in prime areas where demand is high which has caused multiple buyers and bids on properties.

“Sale prices in prime areas have risen while rents have consistently stayed the same. Our broker clients are having all time record breaking months. Needless to say, pent up demand, best ever mortgage rates and lower down payments have been the perfect combination to stimulate the Dubai real estate market.”

According to the new figures, Q3 had a total of 8,727 property sales transactions which is 55.76 percent higher than Q2 with the value of deals topping AED18.3 billion.