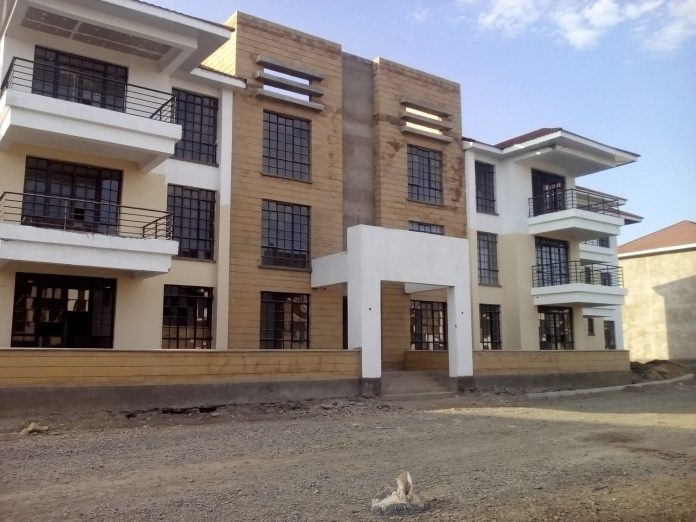 Banks are designed to optimize the transfer of funds from savers to borrowers. However, with lending comes the inherent risk that loan repayments might fall behind schedule or that the borrower might not be able to repay the debt altogether. Therefore, sound banking hinges profoundly on the quality of the loans in the portfolio of the bank. After the financial crisis of the late 2000s, non-performing loans (NPLs) have become an increasing matter of concern for banks all over the world. Financial regulators have tried to bring clarity to this topic by, first of all, harmonizing the definition of NPLs to better monitor them and to offer a more comprehensive supervision.

One of the most popular definition of NPL is that a loan is considered non-performing when the borrower is 90 days or more behind on the contractual payments or when the obligor “is unlikely to pay its credit obligations to the banking group in full, without recourse by the bank to actions such as realizing the security.” However, given the discretionary nature of the “unlikely to pay” part of the definition, market practice has been quite diverse between jurisdictions.

Even if banks perform in-depth assessments of the borrowers’ creditworthiness, a certain number of assets will deteriorate over time nonetheless. Two sets of factors are considered the main determinants of NPLs. One set focuses on the macro environment, which affects the capacity of the borrower to repay the loan, while the other set focuses on the idiosyncratic factors of the bank.

In the first category, it is well documented that NPLs show an anti-cyclical behavior, as higher gross domestic product (GDP) growth improves the debt servicing ability of the debtors. Furthermore, exchange rate depreciation negatively affects debts issued in foreign currency. The impact of inflation is more ambiguous, where higher inflation reduces the burden of real debt, but at the same time it reduces the real income of the borrower. Loans used for specific purposes such as real estate are also subject to market trends and market performance. If for example developers or investors borrow money to build properties and the market slows down or follows a reverse course then the borrower faces challenges to repay the loan as selling properties becomes difficult and prices may fall down leaving no margin to pay back the loans. Finally, the interest rate fluctuations affect the servicing of the debt for variable rate loans.

In the second category, it has been suggested that the objective of profit maximization actively pursued by the management might involve loosening the requirements for the borrowers, thus worsening the quality of the loans. A bad credit control or lack of risk control and sufficient requirements to approve loans is usually a reason for NPLs growth. Furthermore, low cost efficiencies are usually correlated with poor management practices that in turn increase the NPL ratio. On the other hand, high cost efficiency might reduce the resources allocated to the monitoring of the loans, therefore increasing NPLs. Finally, in markets that are growing fast, managers might not have the experience and the skills to assess and manage risks.

For the bank, the immediate consequence of an increase in NPLs is higher capital requirements to absorb potential losses, and the ensuing rise in funding, management and administrative costs. The rising costs are usually transferred to the borrowers e.g. households and private sector, slowing credit and GDP growth. In a worst-case scenario, there might be systemic failures leading to bank and borrower insolvencies. This, in turn, leads to price declines and a rise in the real debt burden due to the higher number of forced liquidations. High levels of real debt make borrowers less willing to spend, reducing the income even for the individuals and the firms that were not heavily indebted.

When NPLs grow, banks are forced to reduce the number of loans they approve both in number and size. This is directly affecting the growth of economies, which usually depend on easy access to finance in order to achieve high rates of growth and sustainability in the long term. Real estate is heavily depending on finance mortgages and loans. When access to finance becomes difficult then the market goes under heavy pressure, which can lead to a complete failure.

Banks can usually follow mainly three avenues to clean their balance sheets, but all have pros and cons:

The second option is not always appealing when the bank has under-provisioned, as the sale price might be lower than the net amount the bank keeps in its books. The bank would incur a loss in such a case. Market studies seem to confirm that this is the main reason for many banks to hold onto their assets, rather than pursuing the outright sale approach. For the economy as a whole and the regulators, the last option is the least attractive as managing distressed debt should not be part of a bank’s business model. Furthermore, a number of studies show that an active approach, despite being associated with short-term costs, has a positive impact on the GDP growth.One way or another, it is obvious that an increase of the Non-Performing Loans is not helping the economy, the banking sector or any other part of the economic activities. In some cases it can be really catastrophic if not handled properly.

According to CBK, real estate contributed the most to last month’s increase in the stock of non-performing loans (NPLs) along with trade and manufacturing firms. As per the available data the ratio of the non-performing loans to gross loans increased to 12.4% in April from 11.4% in February 2018 largely due to increased NPLs in the real estate, trade and manufacturing sectors. It is important to notice that a significant share of the NPLs was due to delayed payments to suppliers by national and county governments, and the private sector.

CBK’s report cited slow rate of uptake of newly built malls by tenants saying this had compounded the repayment challenge for investors. Housing has been one of Kenya’s fastest growing sectors over the last decade, with returns from real estate outpacing equities and government securities. This attracted high net worth investors into the sector. A dip in prices and the slow uptake of newly built units has raised fears of renewed pressure on developers who borrowed to fund for-sale projects as obligations mature.

According to the latest HPI released by the Kenya Bankers Association end of May 2018 for quarter 1 of the same year, house prices increased by 2.08% during the first quarter of 2018 compared to previous quarter’s 0.69%. This reflected a noticeable reversal of the decline in the rate of price increase experienced since the fourth quarter of 2016. The rise in the house prices during the quarter is seen as a respite in the property market after nearly one and a half of depressed market conditions.

However, this ought to be viewed with caution since a one-quarter surge would be inadequate to objectively judge the market recovery. Results in the subsequent quarters during 2018 would therefore be critical to arriving at a solid conclusion on house prices recovery. The caution is based on the fact that the surge in the prices in Q1 of 2018 would have arisen from transactions of the previous quarters that have been put on hold due to market anxiety being concluded according to the KBA report.

It is important to note at this point that after such a long period of political instability and a wait and see attitude the 2.08% rise in prices during the first quarter of 2018 is not exactly what was expected from the market. In reality this increase is creating further concerns regarding the future of the real estate market.   The rise in house prices in Q1 is an indication the relaxation of the decisions to hold back on home ownership investments but note a clear sign that the market is recovering. It is notable though that the supply side dynamics may have not changed given the constrained financing with the sale being on the already completed units in the previous quarters. The 190.84% rise in the units offered for sale in Q1 is therefore more of a supply spillover from the previous quarter. Real estate and the housing market have been underperforming for almost 18 months and the current available supply of houses as well as of retail property makes several experts to express concerns that the market is facing an oversupply.  A slow down on growth of private sector credit is also hurting real estate, which heavily relies on bank loans for unit purchases. Private sector credit grew just 2.8%, from 2.1% in the 12 months to February. This is below the central bank’s target rate of 12-15%.

The increase of NPLs is pushing the banks towards more strict policies regarding financing real estate projects and approving mortgages. This is going to be the biggest challenge for the Real estate industry in the coming years.  In the June the 14 Budget speech, Treasury Secretary Henry Rotich promised to repeal the interest rate cap that has been in place since 2016. The cap limits banks to lending at only four per cent above the Central Bank Rate. It is true that most top tier banks have remained profitable since 2016 although many second tier banks have made losses. But lending to individual and small, medium companies has also dropped sharply since the interest rate cap was introduced. Understandably, banks do not want to take the risk of lending cheap when they can buy Treasury bills at almost the same rate with lower risk.

The one million dollar question is if interest rate caps will be repealed how will banks evaluate the market risks and what will be the cost of borrowing money in Kenya. If the banks will follow the practices of the past then the real estate market cannot afford this kind of interests and this could be a disaster.