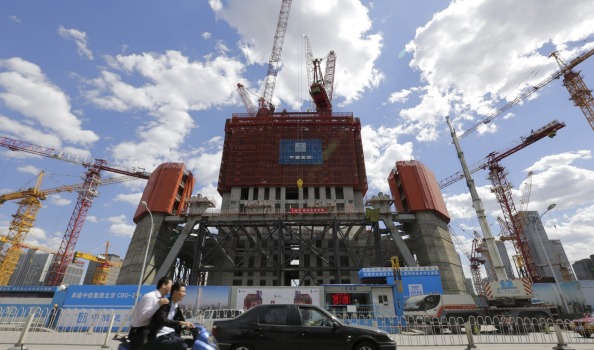 The total value of the world’s property markets hit a record high of $US13.6 trillion in 2014, up 4 per cent year on year, as investors poured cash into real estate assets around the world.

Buyers spent $US771 billion on real estate deals in 2014, just short of the previous record set before the global financial crisis, according to research by property advisers DTZ.

Cash-rich investors seeking returns in the ultra-low interest rate environment were the main drivers of the boom. The volume of equity being invested increased by 8 per cent in 2014, DTZ found.

By contrast leverage fell in every region, as lenders continued to scale back their exposure to the property market. They have been in retreat for half a decade, since the financial crisis.

Unlisted funds were the biggest contributors to the increase in equity, with retail investors and institutions dominating, Nigel Almond, head of capital markets research at DTZ, said.

“Prime yields in a number of cities are back where they were in 2007 but because of ultra-low interest rates they still look like an attractive investment,” Mr Almond said.

The weight of money seeking property deals is leading to signs of overheating in some markets, the advisory company warned. Two-thirds of the property industry figures surveyed by DTZ said that excessive capital was a major risk to the market.

Mr Almond said the sheer volume of investor demand was “driving a disconnect between pricing and fundamentals”.

“Markets are at risk of an increase in interest rates which will see the relative attractiveness of real estate diminish,” he said. “In turn this could stall new investment and reverse the flow of funds as investors seek to redeem their investment with consequent impact on pricing.”

As a result the markets are “in danger of overheating”.

Fears are rising of an emerging property bubble, as prices and yields hit records last seen before the financial crisis, figures published earlier this year showed.

London was the biggest global city for investment activity in 2014, according to DTZ. The majority of cash flowing into the London market came from outside Europe, the company found.

No other global market had a majority of investment coming from outside its region – a sign of how exceptional the intense interest in the British capital has become.

The city “has probably seen more different nationalities of investors than anywhere else”, Mr Almond said. This he attributed to its skill at “growing and reinventing itself”, particularly as the mix of businesses in the City has diversified to embrace tech and creative employers.

Regionally, Asia Pacific saw the biggest growth in dollar terms, with the total value of its property market rising by 10 per cent to $US5.1 trillion. This was driven by China where the value of real estate assets rose by 21 per cent.

Mr Almond said that a lack of existing property that appealed to professional investors meant that many Asian countries were seeing a building boom, as financiers back the construction of real estate assets.