Residential property prices fell by 0.4 per cent nationally last month, with the decline in Dublin rising to 0.7 per cent, according to the latest official figures.The Central Statistics Office (CSO) results show more than 2 per cent has been wiped off the value of homes in the capital since the beginning of the year.

The blame for the decline has been attributed in some quarters to lending restrictions imposed by the Central Bank at the end of January, although some property experts have welcomed signs that some heat has been taken out of the market.Despite the back-to-back monthly declines, prices nationally remain 14.9 per cent higher than 12 months ago. In Dublin, prices are still 21.4 per cent higher on an annual basis. The average selling price of a home across the State is now about €25,000-€28,000 more than last year.

In the capital, prices have climbed even more dramatically year on year. The average home now costs €276,000, up almost €50,000 in a year.A breakdown of the numbers shows Dublin house prices fell by 1 per cent in February while apartment prices rose by 2 per cent. However, the CSO cautioned the figures for apartments were based on a low volume of transactions and consequently were subject to a high level of volatility.

Outside of Dublin, residential property prices were unchanged in February. However, prices were still up 8.2 per cent compared with 12 months ago.

Commenting on the figures, John McCartney of Savills said: “With prices continuing to rise more quickly than earnings, affordability constraints are beginning to have an impact.“This has removed some of the heat that was evident in the market in the middle of last year. Agents are now reporting that buyers are no longer in a frenzy to buy for fear that prices will run beyond their means,” Mr McCartney added.“This is a very positive development as expectations of rapid price growth can become self-fulfilling and can quickly lead to overheating.” 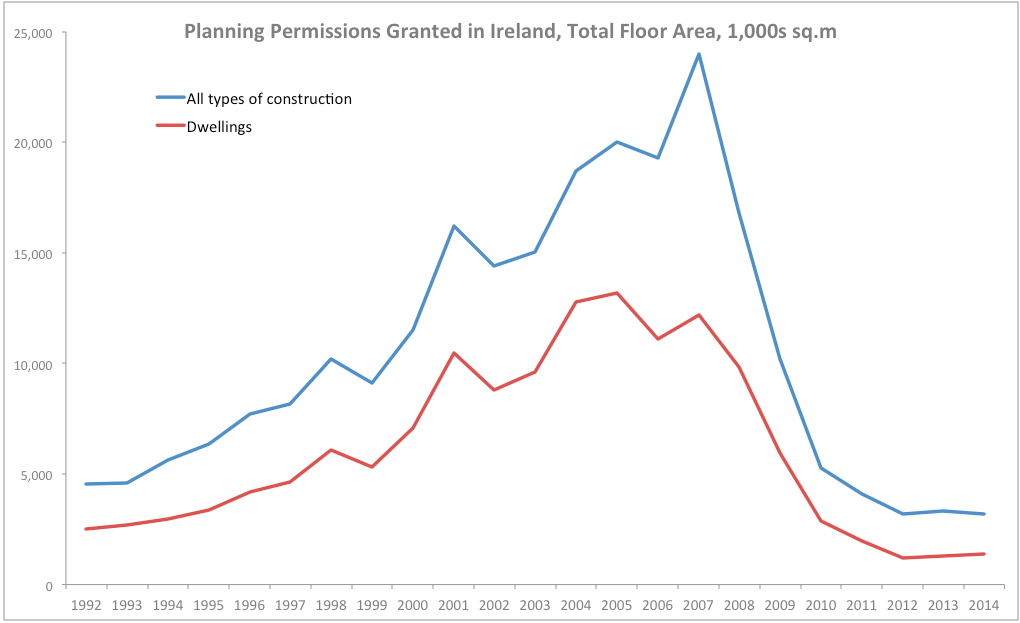 Angela Keegan, managing director of the Irish Times-owned property website myhome.ie, said the price declines were an indication of a softening of the market rather than a signal of another price collapse.

She said she expected prices to continue to climb over the course of the year, although not at the same rates which were recorded in 2014.She also said the level of transactions being recorded in Dublin since the beginning of the year were up 44 per cent on the same period in 2014, indicating a normalization of the market. While Ms Keegan described attempts by the Central Bank to take the heat out of the market in positive terms, the Economic and Social Research Institute was less upbeat.It has suggested that lending restrictions imposed by the Central Bank to prevent another property bubble were mistimed on the grounds that they will curtail supply and drive rents higher.