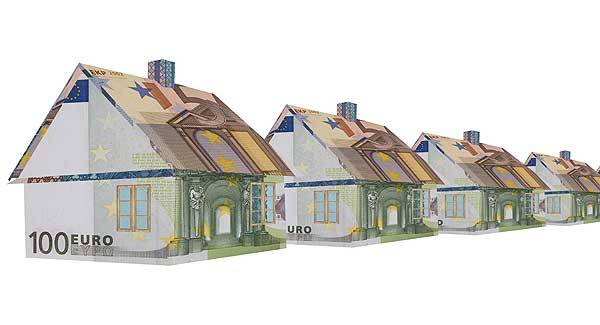 House building continues to show some modest signs of improvement.

House guarantee registrations, which tend to reflect developer activity, remain on an upward trend, increasing by 89% in the year to July compared to a year earlier.

However, this is off a very low base and they remain at very weak levels in absolute terms.

Meanwhile, as regards house completions, some 6,700 units were completed in the first seven months of 2015.

This represented an increase of 16% on the same period last year.

At the current run rate, completions are on course to amount to around 13,000 this year.

Crucially, though, the projected completions figure for 2015 only equates to about half of the total required to meet estimated annual housing demand.

The inadequate level of supply is also reflected in the Daft.ie sales stock figures.

With the housing market continuing to be defined by the mis-match between demand and supply, it is no surprise that prices continue to rise.

Nationally prices increased by 0.9% in July, with the year-on-year rise at 9.4%.

However, there has been a sharp slowdown in the pace of house price growth this year.

This easing is being driven by Dublin, where prices have been essentially flat since the start of the year.

Outside of Dublin, prices have maintained an upward trajectory this year, with the annual rate running at around 10% year-on-year.

The key factor in the deceleration in Dublin house price rises appears to be the new Central Bank lending regulations.

The average house price in the capital is well above the new €220,000 threshold, which requires a larger deposit.

Another aspect is that Dublin led the way in the recovery in prices and it was always unlikely to be able to maintain 20%+ annual increases.

Meantime, outside of Dublin, prices are being supported by a ‘catch-up’ factor and are also coming from a much lower base.

Year-on-year growth in rents picked up to 10.5% in July and rents are now just 0.5% below their previous peak.

In fact, the pace of increase in rents nationally is now faster than house prices.

There is a lack of supply (Daft.ie data show that the rental stock was 32% lower in August compared to a year earlier), as well as potential homebuyers having to rent for longer in order to meet new deposit requirements. These have been contributing factors to the upward pressure on rents.

Meanwhile, the impact of the new tighter lending rules is also being seen in mortgage data. The annual growth rate of mortgage drawdowns slowed to 30% in the second quarter of this year from 48% in 2014.

There is an even more pronounced weakening of the growth in mortgage approvals, which slowed to 5% year-on-year this summer from over 50% at end 2014.

Thus, growth in mortgage lending looks set to decelerate even further in the second half of this year.

Meantime, turnover activity in the housing market has also slowed in 2015.

The key issue for the housing market remains the shortfall in supply.

The market is still awaiting a strong pick-up in building activity to meet pent up demand.

Some further incentives may be announced in the budget to help the sector including some measures aimed at reducing high building costs and a greater role for Nama.

Increasing supply to bring the housing market into equilibrium is now both a social and economic priority.