While everything in the global financial 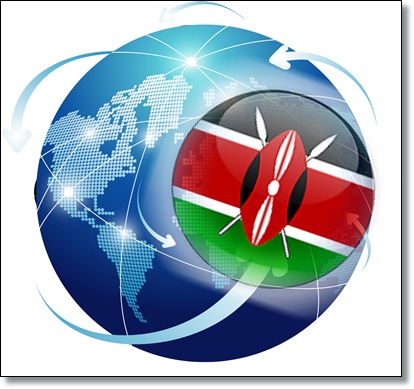 system is working against small economies, the existing terrorism fear together with the Kenyan shilling weakening, increase the economic uncertainty in the country. And just when we were about to say that we are getting used to it, a new crisis stemming from China came along. A couple of weeks ago the world balances changed with China crisis and its reflection on all developed and developing countries becoming the biggest fear. It is not clear so far for how long this wave will last , but the truth  that this crisis has unveiled is that 2008 economic crisis in the Global economy is continuing.

In other words fluctuation will continue for some time until a proper normalization and it will take time before reaching a point of balance. Normalization is certain, but it is still a matter of curiosity how long it will take and how exactly economies will merge this process.

In the nearby future it is clear that global capital will flow to big economies instead of emerging and small economies around the world. At that point the timing of the US Federal Reserve’s interest rate hike is important for the process to become clearer. The expectation that the FED might announce a rate hike later this year rather than September – due to the China crisis and the fact that inflation in the United States has not come to the targeted levels – has been gaining ground in recent days .There is also the option that a rate hike might come in small steps. It remains to be seen whether this expectation is wishful thinking or whether it will become reality.

Looking from Kenya’s point of view the government’s job looks more difficult. The Kenyan Shilling continues sliding and is getting close to break the support level of 2011 at 107kes to the USD.The economic administration took radical measures the last months by increasing twice the CBR which has a directly effect in consumption and the main sector of the economy which is Real estate .Same time the Central Bank of Kenya has been selling USD for the last months trying to support the country’s currency but it looks like the efforts are not sufficient. If the central bank continues its intervention, Kenya’s foreign-exchange reserves will continue to shrink — the heavier the intervention, the deeper the fall. The reserves’ decline illustrates the cost negatively on the economy of the country.

The biggest drop in China’s currency in 21 years last month spurred concern that a weaker Yuan will hurt countries exporting to China as well  as emerging countries that depend on Chinese investments.

At that point warnings that capital outflows in the coming period will intensify have started to increase. It was expected already that capital parked in developing countries would return to safe ports. (i.e to large and strong economies)

The critical point here will be the differentiation among developing countries. In other words while the money will retreat to safe ports, where it will retreat from and at what speed is very important. The more the capital out flowing, the more national currencies will depreciate.

Just as we are in a period in which the KES is fast losing value the increase in the outflow could further push the increase in foreign exchange rate which may eventually have dire consequences. Same time it is not a secret that the Rich Kenyan society is keeping its money in Private banking accounts around the world rather than in the country same as big corporations who prefer to keep in the country only the necessary cash in order to keep running their business. Money continue to leave the country day after day to destination outside the African region like UK, Dubai, Singapore etc.

The side effects of capital outflows can literally destroy the country. When money is directed away from a country’s banking system then the banks have to face big challenges. It has been proven over the years that the banking system around the world is very fragile as the banks operate with higher risks and less securities .The last decades several banking systems had to be supported and in several cases by implementing capital controls, bail in, haircut to accounts and in other cases by shutting down bankrupted financial and banking institutions.

The fact is that every time that a banking or financial system is collapsing its country follows shortly after. One may say that I am over exaggerating and that the banking system is strong and healthy. I am not saying the opposite; all I am saying though is that  when we are in a rapidly growing environment, which is directly influenced by external factors and global changes, with a weak currency, high unemployment, a fast growing account balance deficit amongst other not very positive data, and same time we have one of the biggest economies in the world facing huge challenges, (China)  while Europe is trying to find a balance for its internal big problems and  the United States of America ready to take action in order to control inflation by raising the US Federal Reserve’s interest rate, we should be alerted.

“At the end of the day if everything was so safe and secure, banks in Kenya would not have a maximum guarantee of only 100,000 kes per account.”

A country like Kenya in order to be able to overcome this situation and to be less dependent to foreign investments needs to start producing more and importing less. The challenge remains the same for the Kenyan economy. A sustainable growth that will produce real wealth by increasing the country’s exports, fight unemployment and create a strong economic environment is required immediately. Agriculture and forestry was and has to remain the main core of the economy. Investments have to be directed towards this sector of the economy that will create thousands of jobs, will minimize the dependence of the country for food and several raw materials and will boost exports. Vertical production lines have to be the future of Kenya’s agro forestry.

Take any crop and produce the final product here in Kenya. Small manufacturing can become a strong support for the economy. Same time environmental challenges will be faced successfully like for example deforestation which can be one of the biggest problems for the country in the near future.  From the production of maize to the production of bio fuel Kenya is a rich country and can grow most of the goods that today is importing. The growth of the country’s agro forestry sector will directly lead to the healthy and sustainable growth of the economy.

So far investments target mainly Real Estate and wealth is spent in a rapidly increasing consuming society which is massively buying imported goods such as cars, mobile phones, tablets, gadgets etc. That has as a result the higher need for imports, the decrease of exports which is leading finally to a continuously increasing account balance deficit and of course to a devaluation of the currency.

The Global markets as mentioned above are currently maybe in one of the most challenging periods of the last 50 years. The new upcoming economic giants like China seem to be under pressure while United States are still under recovery from the 2008 turbulence with Russia’s currency and economy struggling not to collapse, Oil prices fluctuating between a huge range of pricing, (same for Gold and currency exchange rates with some of the traditional strong currencies like the Australian dollar losing in value and the USD becoming again after many years very strong) . Furthermore China’s foreign-exchange reserves fell by a record last month as the central bank sold dollars to support the Yuan after the biggest devaluation in two decades spurred bets on continued weakness. And the list goes on.

In such a volatile environment one has to be very skeptic and careful. All markets fluctuate, and that is not a saying, it is a rule. The one million dollar question is if Kenya is ready to face the current Global economic turbulence or not.

We are going to keep patient before finding out the answer. Meantime be aware, minimize your risks and exposure to the markets as well as your financial exposure by avoiding any type of loans if not necessary, diversify your portfolio including more than one type of investments into your portfolio, invest only with available assets and not with credit and follow the markets, stay up to date as you may have to take fast and critical decisions in order to avoid possible losses. 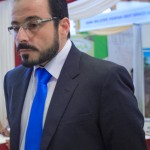