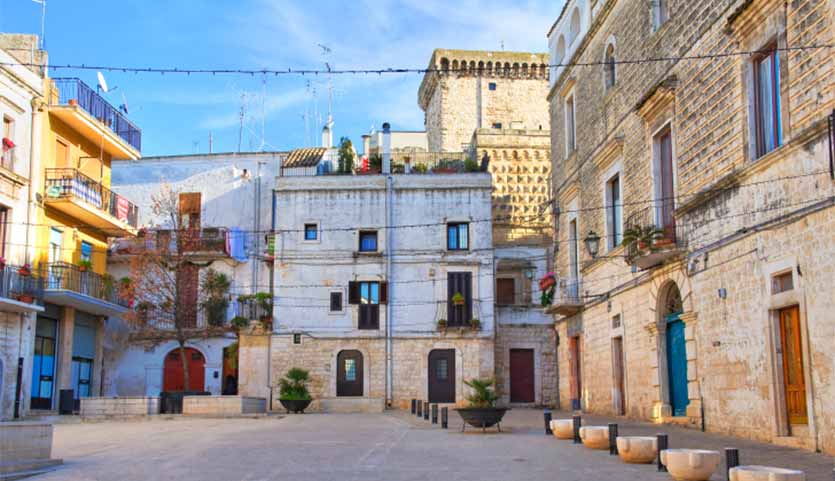 Last autumn, Italian house sales increased by nearly 17%, following on from a strong performance in the double digits in the first half of 2016. Summer 2016 saw the highest number of completed house sales for four years, a picture that could be seen across the country, not just in the hot spot Tuscany, which is still the preferred destination for foreign buyers.

Northern Italy especially surprised housing experts by getting more attention than usual from investors. Both Milan and Genoa saw the biggest increases among Italy’s main cities, although generally speaking, it is still villages and small rural towns that attract most foreign investors.

The higher end of the market has been particularly lively. One Italian property website stated a rise of 67% in the number of searches its users made for residential property costing more than 1 million euros.

But it’s no longer British buyers leading the trend – Germany’s investors are currently the ones showing the greatest interest in the luxury end of Italy’s residential property market, followed by investors from the USA, Switzerland, UK and France, Belgium, Netherlands, South Africa, Sweden and Canada.

Any type of luxury property is of interest, not just newly built luxury city apartments or high end conversions of historic properties. Palaces, mansions, villas, even castles are among the searched items, according to Italian estate agents. Rustic farmhouses with plenty of land attached as well as properties along the Italian Riviera are all of interest to high end house buyers.

Tuscany, however, is still the region every foreign buyer seems to look at first. Blessed with stunning landscapes filled with verdant vineyards and olive groves set against a backdrop of mountains, Tuscany has a wide range of property to offer, from traditional farmhouses with sweeping views to palazzos, mansions and luxury apartments in Tuscany’ gorgeous historic cities.

Foreigners are now also looking to Puglia, Sardinia, Lombardy and Liguria for their property searches, as these regions offer more affordable Italian apartments and relatively cheap Italian farmhouses, although there is also a noteworthy luxury market in these areas.

According to Luca Dondi, Nomisma’s general manager, who was speaking to the Global Property Guide, “the general tendency remains positive” for 2017’s house transactions. He even predicts a 7% increase year-on-year for 2017 for sales.

House prices, however, have not recovered from their 2008 crash as much as expected. For eight years running, prices fell by ca. 16.9% from quarter three in 2008 to quarter four in 2016, according to the European Central Bank.

In the first quarter of this year, prices for Italian resale homes fell by 5.7% year-on-year to 1,869 euros per square metre, according to data collected by real estate website Idealista.it. European Central Bank’s own, more comprehensive house price index, however, shows that house prices were up slightly by 0.21% in the year to quarter four 2016, but when adjusted for inflation, this melts away to an overall house price drop of the index by 0.01%.

Other hot spots included Bologna, where house sales rose by 23.7% last year, according to estate agency Agenzia delle Entrate, and Turin, which lead with sales growth of 26.4% year-on-year in 2016. Milan’s sales transactions rose by 21.9%, while Genoa’s real estate sales grew by 22.9%. Rome and Palermo, on the other hand, saw relatively modest increases in home sales of 10.6% and 9.2% respectively.

Overall, Italian residential property sales rose by 18.9% with ca. 528,865 property sales recorded in 2016. This year Italy’s house prices are likely to start surging upwards due to increased demand from both domestic and foreign investors.

written by MARIA THERMANN for www.propertyshowrooms.com