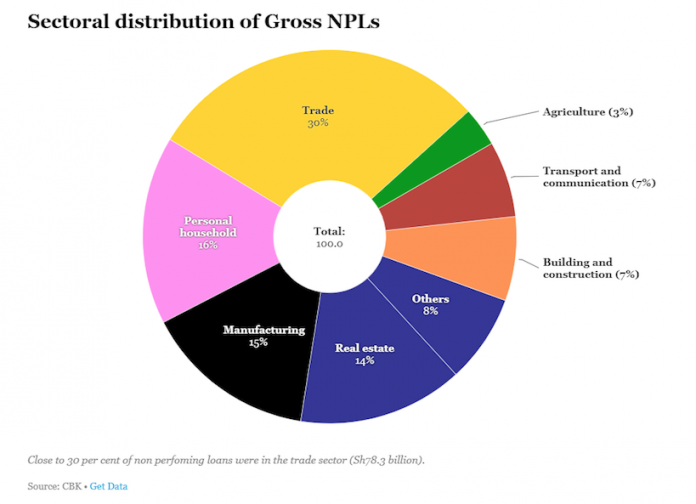 Over the last 18 months, many people believed that the only reason the real estate market was slowing down was the election period and the wait and see attitude of buyers and investors. A year has passed since, it is also nine months since the ‘hand shake’, which officially marked the end of the election period and reality is presenting a different version of the story.

This might not be the one that desperate property investors would like to hear but it seems that it is the one that applies.

Real estate market in Kenya is not sustainable at these levels of pricing or these types of properties that developers and investors had preferred over the last ten years. The huge expectations for a boom after the election period are now fading out as one report after the other shows that the market is slowing down after a small rebound during the first quarter of 2018, which was not as strong as initially expected anyway.

According to the latest house price index report, released in September 2018 from the Kenya Banker’s Association, there was a 1.76% overall increase in house prices during the second quarter of 2018. This represents a marginal decline from the previous quarter’s 2.08% increase, reflecting a sense of price stabilization and therefore non-sustenance of the surge seen in the first quarter.

The report stated that the houses on offer in the market during the quarter represented a fairly equitable distribution amongst apartments, bungalows and maisonettes, albeit with apartments taking the bigger share. In quarter two of 2018, apartments accounted for 37.78% of the total units offered in the market as per the data used for analysis. Bungalows accounted for 33.33% with maisonettes accounting for the remaining 28.89% of the total units sold as per the data used for this analysis.

The state has offered incentives to facilitate the private sector in low income housing, including reducing the corporation tax and scrapping levies charged by the National Construction Authority.

The recovery recorded in the quarter of 2018 came in the wake of strained market conditions after a series of lower rate in price growth for five consecutive quarters from the fourth quarter of 2016. This dismal trend was attributed to various factors, including shrinking private sector credit growth and market anxiety as well as political instability that preceded the 2017 General Election. The sharp increase in quarter one was considered a reprieve associated with transactions from previous quarters that were put on hold due to market anxiety and lower lending risk appetite after the rate cap.

In order to understand what is really happening in the real estate sector a bit more, we need to analyze market data.  Apart from the market dynamics, loan market performance is also key to the future of real estate and its sustainability.

According to the annual report released by the Central Bank of Kenya (CBK) the last week of August 2018, personal loan borrowers and traders defaulted on Sh121.4 billion debt in the year, accounting for 45.89 per cent of the industry total.

The CBK data paints a picture of households and small traders who are taking loans that they are unable to service. This has caused a sharp rise of the number of properties going under the hammer or businesses crippled by mounting debt. Things are getting worse and the auctions are more compared to last year. The situation had been compounded by lack of buyers for property belonging to distressed borrowers being put up for sale by the auctioneers. According to auctioneers, the irony is that there are no buyers even for the property being put up for auction.

As per available data, real estate non-performing loans (NPL) account for almost Sh40 billion, representing a 14.3% share of the total NPL’s in the country. The number is increasing day after day marking a new ERA for the real estate sector.

Close to 21% of non-performing loans were in the real estate, building and construction sector according to CBK available data.

Cement uptake in six months to June 30 fell 7.9%, signaling a slowdown in the property market, which started last year in the wake of the General Election jitters.

Data from the Kenya National Bureau of Statistics (KNBS) indicate cement consumption in the first six months of the year stood at less than 2.75 million tons, down from 2.98 million in 2017.

Consumption hit a four-year low after rising to a peak of 3.1 million tons in 2016 at the height of construction of the first phase of the standard gauge railway (SGR), Kenya’s single largest post-independence infrastructure project.

Cement firms also reduced production during the period to 2.84 million metric tons from 3.18 million metric tons a year ago. Bamburi reported a 66.50% dip in net profit for the year ended December to Sh1.97 billion, while ARM Cement’s loss widened 133.9% to Sh6.54 billion.

Production of galvanized iron sheets also went down by 6,500 tons to 111,562 metric tons, the data shows. The volume of construction material imports such as iron, steel bars and rods declined by 4.9% during the first quarter of 2018.

The KBA-HPI indicates that the increase should be considered in the context of being a reprieve, because the rise could be associated with transactions from previous quarters that were put on hold due to market anxiety and lower lending risk appetite following the enactment of the Banking (Amendment) Act 2016.

On the positive side, the state has offered incentives to facilitate the private sector in low income housing, including reducing the corporation tax and scrapping levies charged by the National Construction Authority (NCA) and the National Environment Management Authority (NEMA); and redeveloping high-rise buildings in areas with large populations such as Eastlands.

In line with the State’s plan to provide affordable housing, the government has proposed to set up the National Housing Development Fund (NHDF) under the proposed Housing Bill. In April, the government incorporated a mortgage liquidity facility named the Kenya Mortgage Refinancing Company (KMRC), to be launched in February 2019. It will provide secure long-term funding to mortgage lenders, which is expected to subsequently boost the availability and affordability of mortgage loans to Kenyans.

This will be achieved by financing commercial banks and Saccos to enable them offer affordable home loans to low-income earners. KMRC will have an initial capital of Sh1.5 billion, 20% of it from the government and 80% generated from local lenders. Additional funding is also being considered from international financiers such as the World Bank. KMRC is expected to facilitate commercial banks and SACCOs to issue 50,000 additional mortgages by 2023. The affordable housing initiative is expected to result in a ‘housing multiplier effect’ and benefit the entire economy.

This, hopefully, will change the preferences of investors who have been focusing only on high-end properties, creating an oversupply to the sector while there is a huge demand for affordable housing in the country.

As we approach the end of 2018, we note the stabilized economy after the election period and therefore nothing much to expect in terms of creating further positive changes in the market trend. All available data, reports and market observations converge towards the fact that the property market has entered a recession period after an amazing 10 years of growth.

It is a fact that nothing is absolute and anything might happen in the forthcoming months, which could trigger a new trend. In the meantime, investors, sellers, buyers and anyone involved in the industry should be very careful and follow up with the market trend, be realistic and try to make rational decisions rather than having surrealistic hopes and expectations that could increase risk exposure and cause further losses. 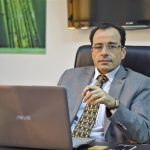