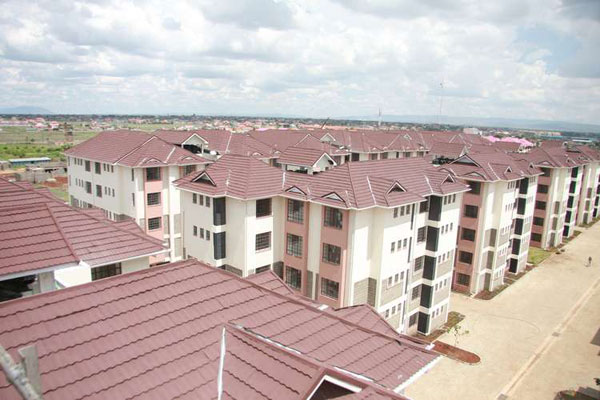 The shocking admission last week by the real estate industry that the housing sector has finally been hit by a glut has raised fears about whether one of the country’s four key drivers of economic growth is driven by demand as previously thought, or through illegal money.

Experts have time and again insisted there is a huge demand for housing, driving property prices especially in Nairobi on an upward trajectory; and painting a picture of an industry that has consistently defied the laws of financial physics.

So fast has been the escalation of the prices that by the end of last year, prices of prime residential areas in Nairobi had been ranked the second fastest growing in Africa, second only to Cape Town and 14th globally by the The Knight Frank Prime Global Cities Index that tracks the cost of luxury houses.

In just seven years, according to Stanlib, prices of land have risen by 535 per cent in Nairobi, making its sale the most profitable business in the capital.

The most expensive land can be found in Upper Hill where an acre is currently going for Sh470 million followed by Kilimani at Sh370 million an acre and Westlands where an acre costs Sh360 million.

This is despite the harsh business environment that has slowed down economic growth amidst losses and job cuts by companies listed at the Nairobi Securities Exchange. Eighteen companies at the bourse have issued profit warnings, making 2015 the worst year at the NSE.

But for the first time in 11 years, the industry this week admitted in two separate reports that there was an oversupply and a fall in demand for housing.

Liberty Holdings, another listed company with property within its portfolio, issued a profit warning on Friday, bringing to four the number of listed real estate companies set to record either losses or massive declines in profit.

“There was a general decline in the values of market-to-market financial instruments in the market in which the group operates. As a result there was a decline in asset values, which negatively impacted the investment income,” the company said in a statement.

A report released on Monday by Hass Consult showed a 0.1 per cent drop in rents in the last quarter of the year as living in apartments cost 2.3 per cent less.

The firm’s head of research and marketing Sakina Hassanali said: “The fall in rental rates in the city ate into returns for investors with yields dropping to 6.29 per cent compared to the 7.14 per cent recorded in the same period in 2014.”

And on Wednesday the Kenya Bankers Association House Price Index (KBA-HPI), which measures house values across major suburbs, showed housing prices in 2015 slowed down to 1.14 per cent from 1.25 per cent due to a surge in construction of apartments.

The two reports come just a year after Mentor Management Ltd (MML) broke ranks with other experts in the industry when it predicted a glut in office space by about 2.8 million square feet in Nairobi by 2016.

Developers say apartments whose prices are not rising at all are mainly those put up a decade ago.

So, are we really headed for a possible property crash or is Kenya just experiencing the effects of a prolonged bubble? Experts still disagree.

“I think there is every sign that something terrible is just about to happen,” says Mr Waweru Kariuki, a property analyst and author of “The ABC of Real Estate Investment in Kenya: The Law, the Logic and the Math.

“The mass exodus of renters from high-income neighbourhoods to satellite towns and other upcoming middle-income areas around Nairobi and in the counties due to devolution is proof that high rental levels and high housing prices are beginning to take a toll on developers in the up-market areas,” he explains.

According to him, the housing bubble usually starts with an increase in demand which attracts speculators to enter the market, believing that profits can be made further pushing demand up.

“At some point, demand decreases or stagnates as supply increases, resulting in a sharp drop in prices and the bubble bursts,” he says.

But Mr Tony Watima differs. “We will have a housing bubble in Kenya when the majority of urban middle class will have sustainable disposable incomes to service home loans, but for now we will continue to have a housing boom with slow growth.”